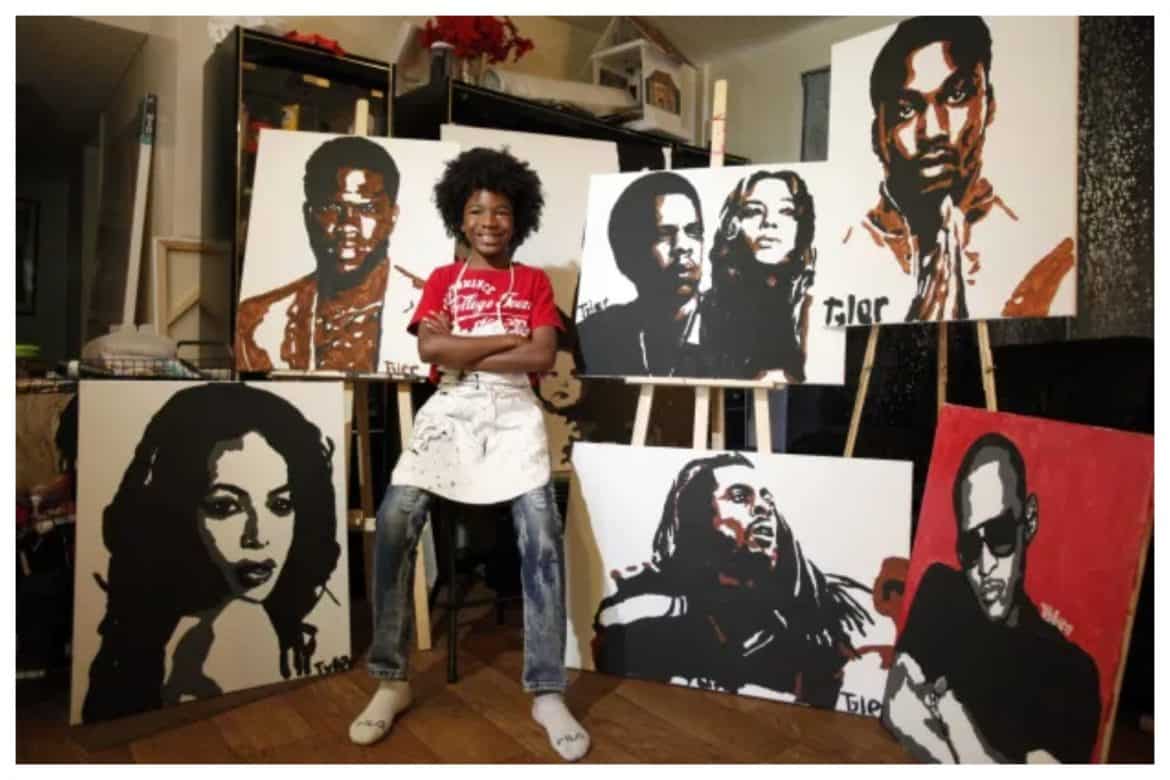 The universe has a unique way of working out for those who don’t give up. Tyler Gordon is a prime example of this age old notion. Like most young kids, Gordon was enamoured with sports and wanted to compete. He saw his older brother playing basketball and wanted to try his hand at this, as well as football, two of the most popular and exciting sports. However, to be a successful athlete one must possess incredible physical attributes and strong genetics. Gordon was born deaf in one of his ears, which left him with a complete stutter, this did not stop Gordon from pursuing his dreams, it was just the beginning.

Gordon was told he could not play on his youth football team as a receiver because of his hearing impairment, instead of becoming frustrated and leaving the team altogether, he became a cheerleader and won three national championships, as well as three international cheerleading championships. Like many kids who love sports, Gordon was in awe of his favorite athletes, mainly from his locality of Northern California. He decided to do something about it and pursue what became his passion, talent, and pathway to the stars.

Gordon began to paint contemporary portraits of his favorite athletes, as he wanted to create a voice for himself. He painted a portrait of Kevin Durant, his favorite basketball player, and wanted to gift it to him. During this age of social media, Durant was able to see the painting and fell in love with it. He flew down to meet Gordon and asked to buy the painting. This sparked a relationship between the two, where they still talk to this day. This was a launch pad for Gordon’s artistic endeavor as a prodigious painter, and he began to paint more portraits of his favorite athletes.

Gordon was selected to be on Steve Harvey’s “Little Big Shots” where he displayed his talent on live television. He was also flown out by Janet Jackson to paint live during her video release event. His fame was gaining traction not only in the athletic world, as he was invited to the Oakland Raiders Christmas party to paint for them, but pop superstar Jennifer Lopez flew out to Gordon’s hometown to see him paint.

Gordon’s collection of paintings includes local superstars like Stephen Curry, Klay Thompson, James Jones, Vernon Davis, Derek Carr, and Marshawn Lynch. As well as famed legends that came before his time, like Michael Jordan and Jerry Rice. Eighty percent of Gordon’s paintings are sports related, the other twenty are of people that have passed away, like the legendary Kobe Bryant.

Gordon is also a fan of the Obama’s, especially Michelle Obama. He has done many paintings of her, as well as former President Barack Obama. He does not limit himself to celebrities, and also has an affinity for painting newborn babies. Most of his paintings are five by seven feet, and most are portraits.

Regardless of Gordon’s incredible success and fame that he has attained at such a young age, he continues to prioritize school and dreams of attending NYU for their notorious art program. He also wants to help kids like him, those who have a speech impediment, to  flourish and be inspired by his work, with an ultimate goal of creating a center for kids with speech impediments. To check out Tyler’s work and witness the development of a young prodigy, visit his Instagram page @Official_TylerGordon and his Facebook Page, Tyler Gordon Young Artist. He often does live paintings as well as instructional videos on both social media channels. If you are ever in San Jose, make sure to stop by the Gloria Gale Art Gallery, where you can see Gordon’s work on display.

How Alison Mosshart Painted a Show Inside...

I was excited to see him in the news again this morning on my local early morning broadcast! WHIO news center 7, 6am Friday Feb 12th,2021 Latisha Perry our Anchor said it was her favorite news story & actually I 100% agree with her as it was mine back in December. This morning 14 year old Tyler Gordan was highlighted for Black History Month! I’m excited to share his story on Twitter, Facebook, Instagram & I’ve already shared the story through emails to friends & family members! Although I’m extremely thrilled he was highlighted for Black History Month, I feel he should be highlighted every month!!
My wish wld be to be able to purchase a painting for 18 yr old grandson!! (& I’d love one for my living room too!!)
THANX for the wonderful well written informative article & also for the chance to leave a comment!!