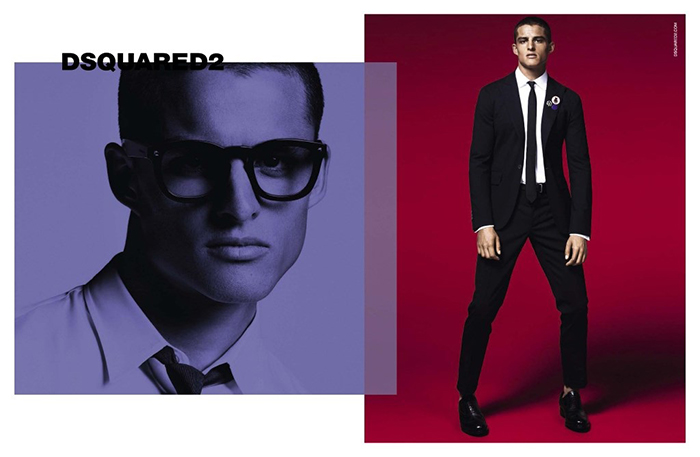 Beware: Razor-sharp cheekbones ahead. Let us introduce you to Silvester Ruck, the face of DSqaured2’s Spring/Summer 2015 men’s campaign, snapped by Mert Alas and Marcus Piggott. Ruck has been causing a ruckus since he was first tapped by DSquared2 in August 2014 to sport a pair of barely-there jeans in their WILD fragrance campaign, shot by Steven Klein.

At just 26, Ruck has worked with prolific photogs including Bruce Weber, Tony Duran, and Darren Tieste. Ruck fell—or sailed, rather—into the fashion scene. His original calling was as a professional kite boarder. Born in Munich, Germany, Silvester was discovered by his agent, David Todd of DT Model Management, at a Coffee Bean in Beverly Hills while on vacation. Quite fortuitous, non?