Maxim Puts A Dude On The Cover 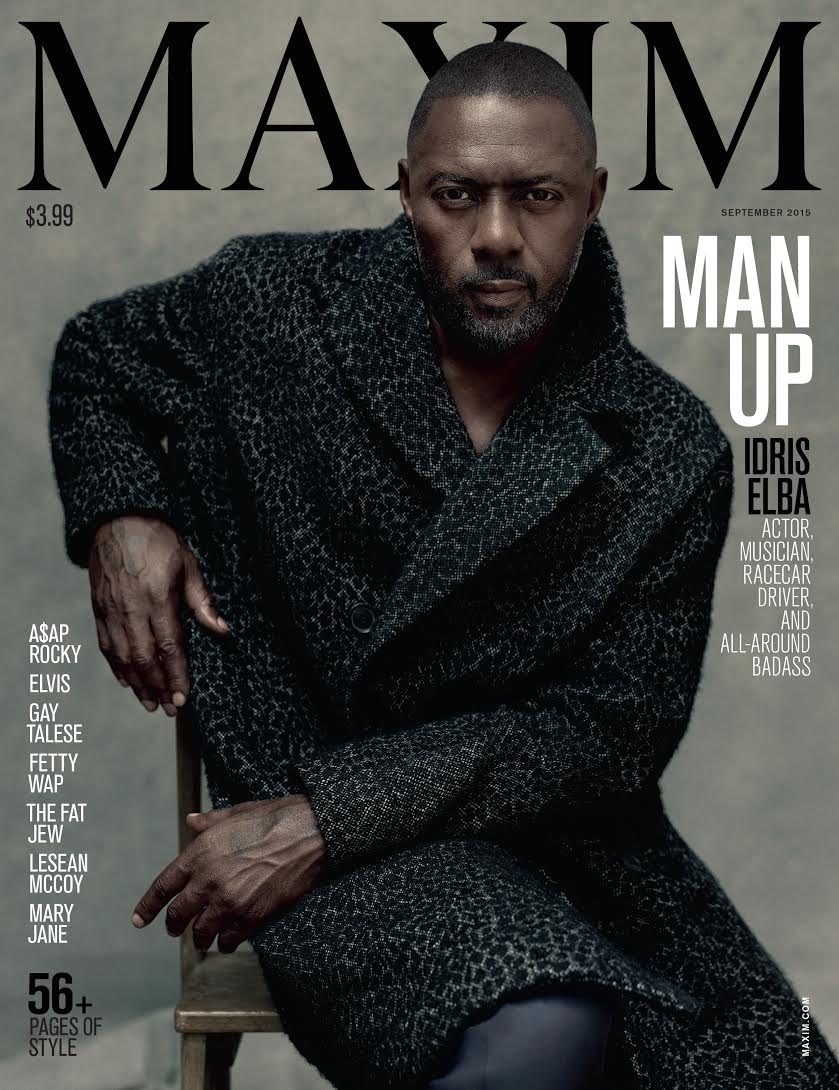 We knew Kate Lanphear was going to unravel Maxim as we knew it, and now she’s officially showing us what she’s made of. She’s put British actor Idris Elba on the cover of their September issue, which marks the first solo-male cover in the magazine’s history. “We couldn’t imagine a better man to usher in this exciting first in Maxim’s history than Idris Elba,” explains Lanphear, who started rebranding the men’s title in March. “Idris signifies a new direction for Maxim, one that embraces the multi-dimensionality of men’s interests, styles and storylines. He brings to life sophistication, ambition and confidence—the embodiment of today’s Maxim man.” Elba dons a coat from Calvin Klein Collection for his Maxim cover debut.

Lanphear’s gradual changes appear to be working if ad pages are any indication. The issue includes a record-breaking 143% increase in fashion ad pages and 36 new advertisers, as compared to September 2014, including Prada, Versace, Hugo Boss, Bally, and Salvatore Ferragamo. Maxim has a circulation of 2 million and underwent an overhaul when Sardar Biglari purchased the title in 2014 with the vision of turning it more fashion house and less frat house. Kevin Martinez left his role as Details VP and publisher in July 2014 to join the Maxim team as publisher and chief revenue officer.