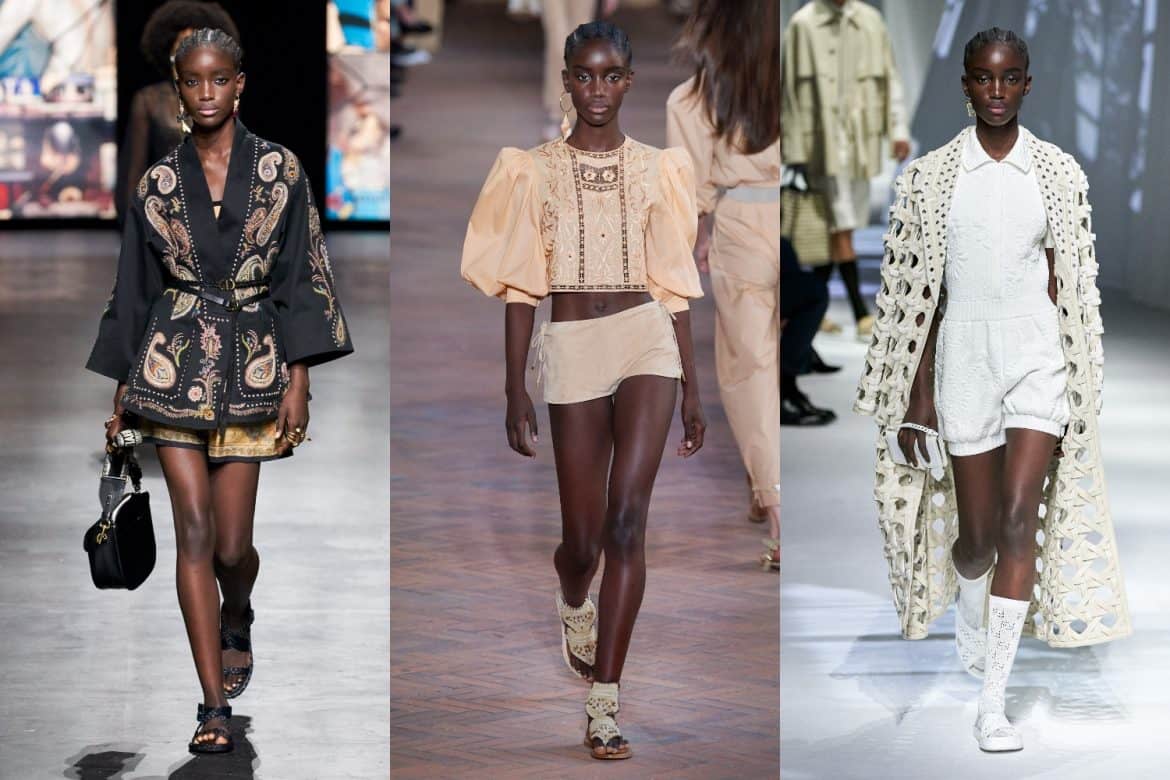 September has been a dizzying month for fashion editors, influencers, and buyers—but perhaps most so for Maty Fall Diba. The IMG model and relative newcomer walked in an impressive 37 Spring Summer shows this season.

The 19-year-old, who is based in Italy, walked for just about every major brand you can think of in Europe: from Chanel and Dior to Versace, Fendi, Max Mara, Alberta Ferretti, and Ferragmo. She’s also currently a campaign face for Burberry, Prada Eyewear, and Etro.

Milan fashion week! A big thank you to everyone

Her rise to become fashion’s most in-demand model has been a quick one: after submitting pictures of herself to IMG, she was signed immediately, and made her catwalk debut for Saint Laurent’s SS ’20 show. That same season, she also closed the Valentino show. Earlier this summer, she was given the honor of closing Dior’s Couture show too.

Still, despite a very full schedule, the university student told British Vogue that the season was “much more chill” than normal.

She said, “You had time to do things… Last season was crazy, I was running everywhere! [But] the atmosphere was kind of the same, there was the same craziness backstage.”

While she returns to her textbooks post-Fashion Month, the Senegalese beauty said she’s open to taking on some projects before February’s runway season.

“Hopefully I’ll be working whenever I can,” she said. “I feel like everything for me is still so new, everything is just [the best] job. Being able to wake up and do this is a dream.”