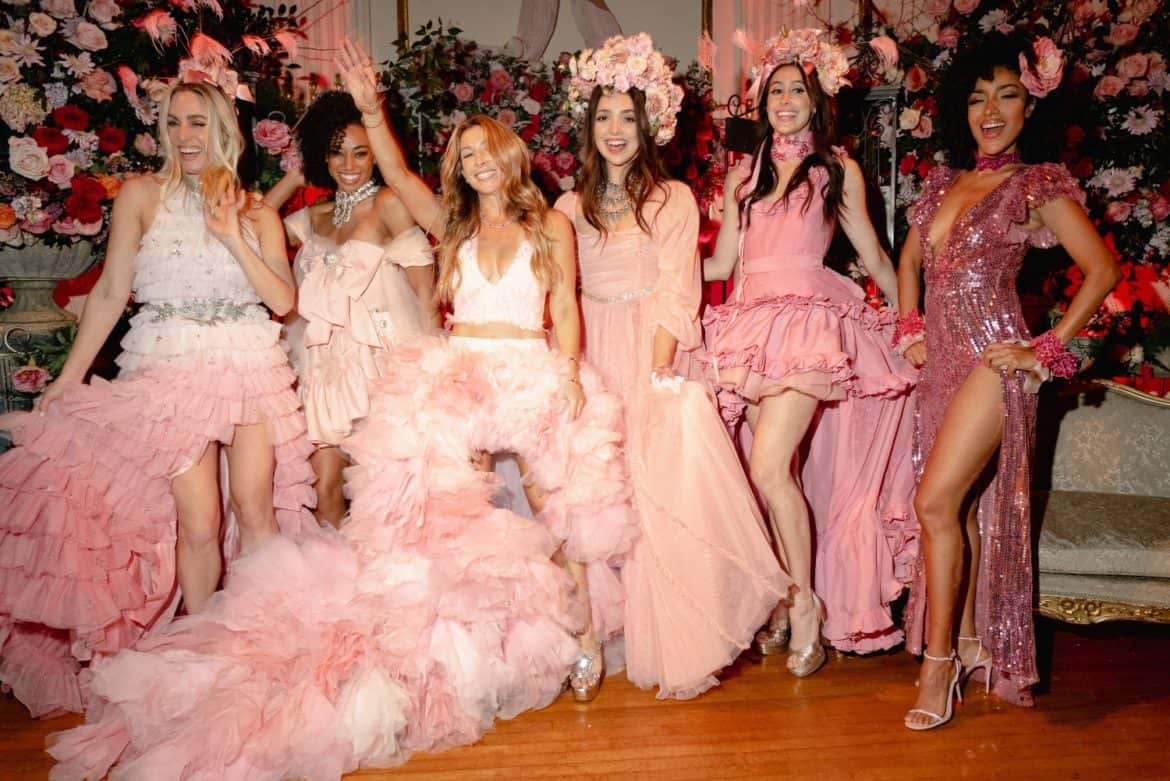 On Saturday evening, guests were transported right inside the brain of Rebecca Hessel Cohen. To mark her 40th birthday, the founder of LoveShackFancy allowed her nearest and dearest to step into her world and witness how magical it is when you view everything through pink-tinted glasses. Here’s what went down!

Hessel Cohen’s Bal Magnifique, as she called it, took over the Grand Ballroom at The Plaza Hotel; an iconic location in its own right, but the ever-creative New Yorker certainly knew how to kick things up a notch or 100. Attendees were encouraged to wear pink—and many of them were dressed in LSF’s instantly-recognizable ruffled and tulle silhouettes—and black tie -meets-masquerade-ready attire.

Renowned floral artist Lewis Miller transformed the venue, with thousands of pink-hued roses, ranunculus, peonies, camellia, and more. A pink carpet and LoveShackFancy dance floor were installed specially, so guests could shake their tail feathers to ’70s disco while taking a break from exploring the many dessert tables and making roundtrips to the Champagne towers. Up above, aerialists performed throughout the night, as dancers and performers took to the stage while wearing achingly beautiful pieces from the upcoming Soirée evening capsule. 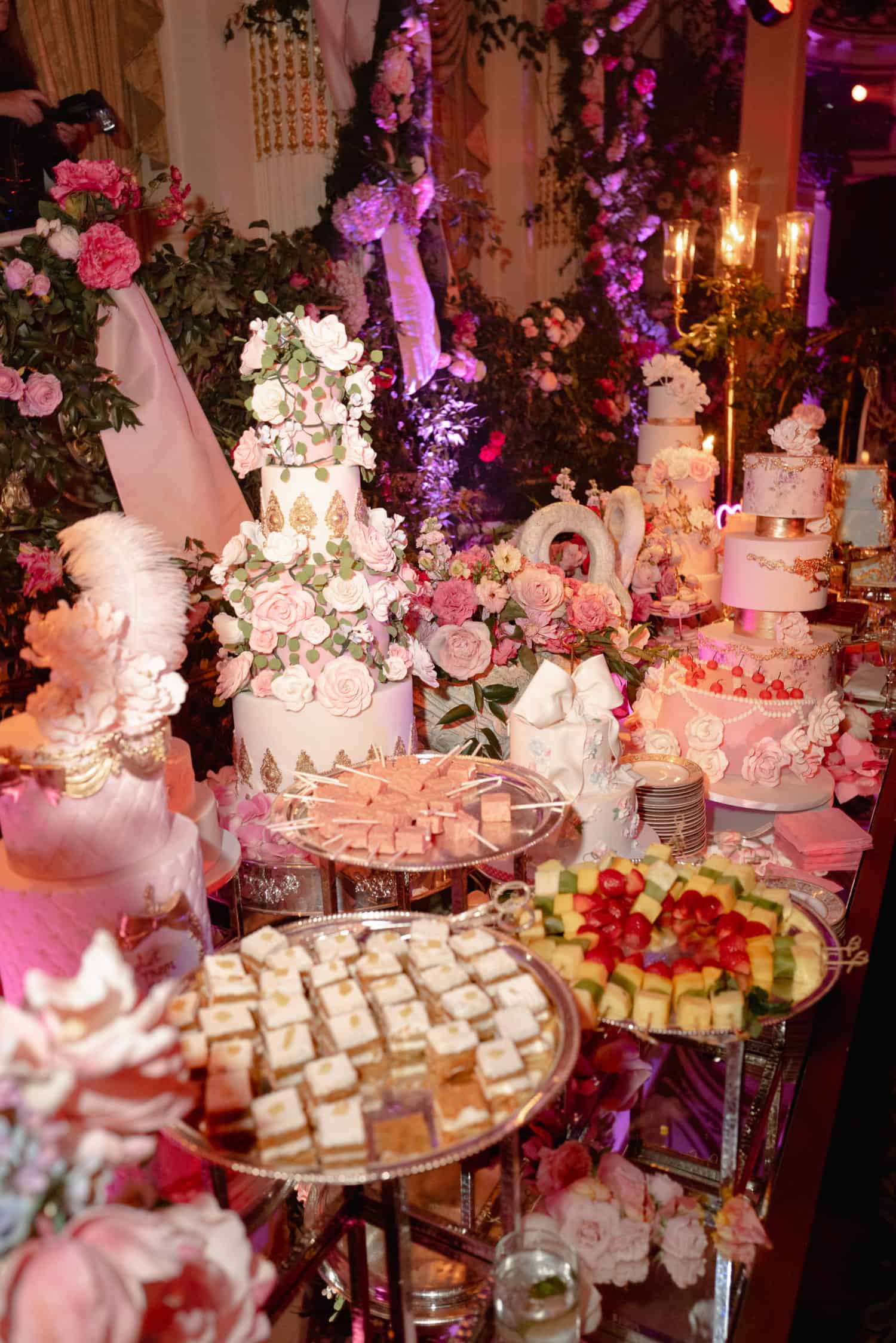 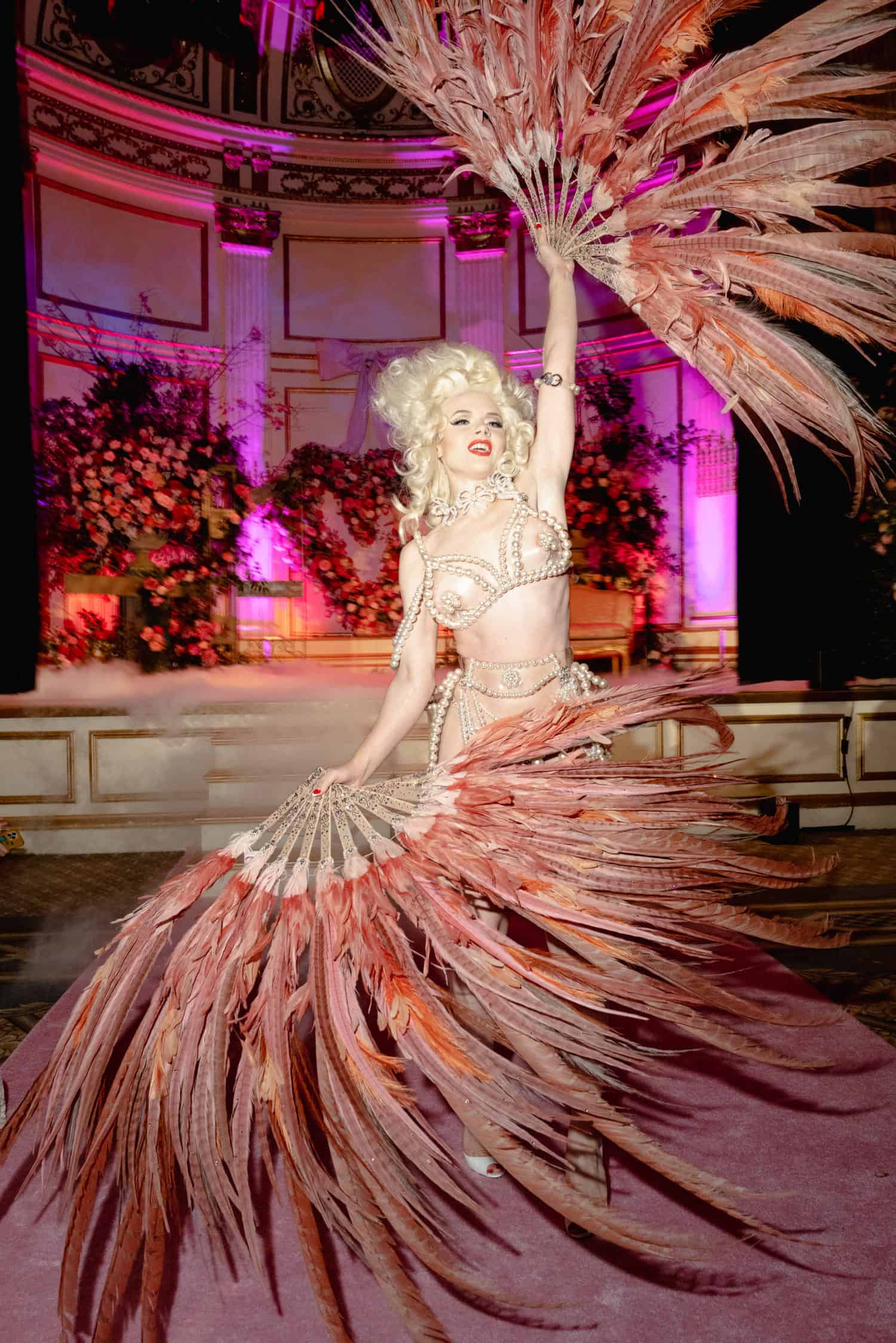 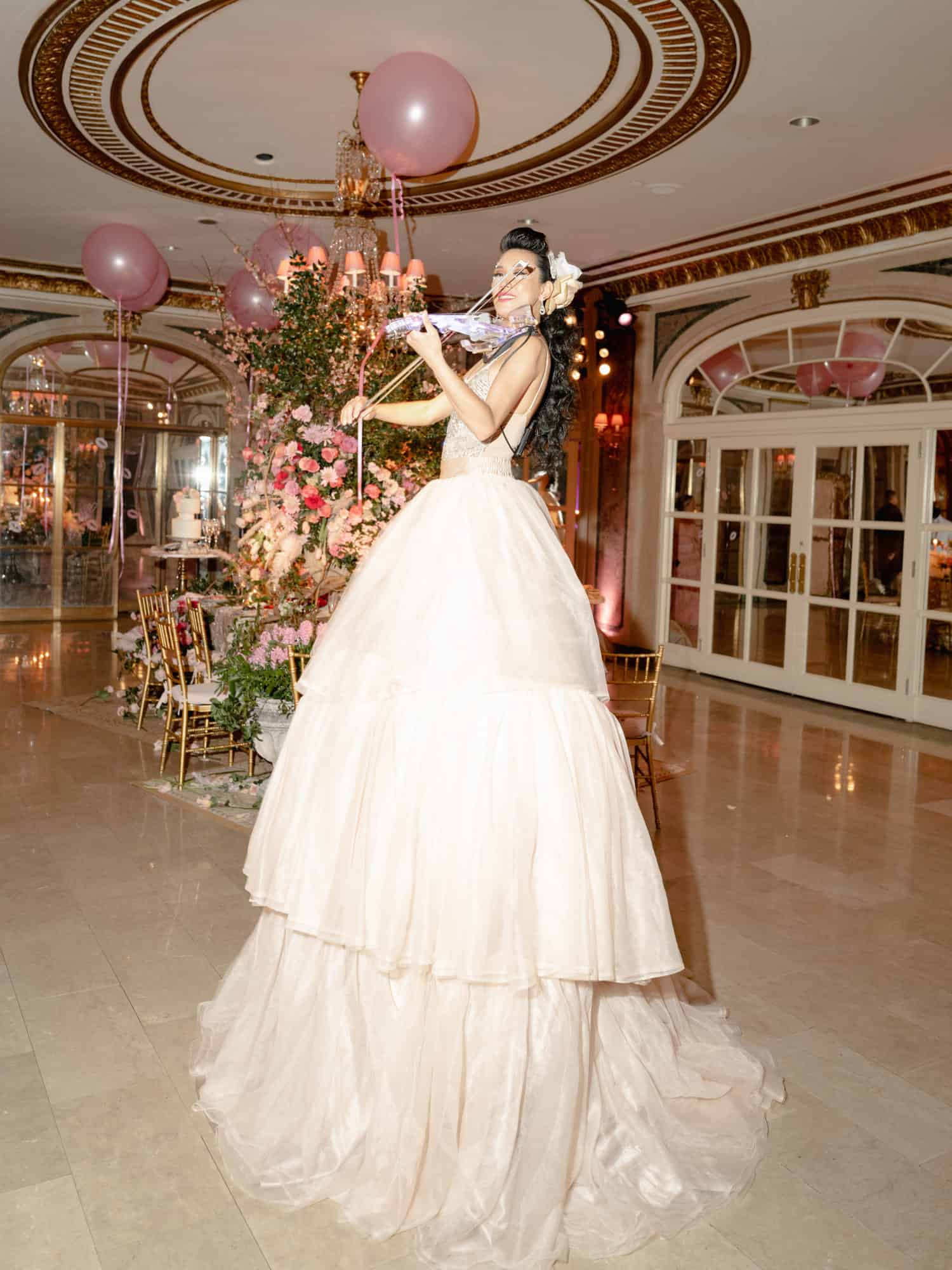 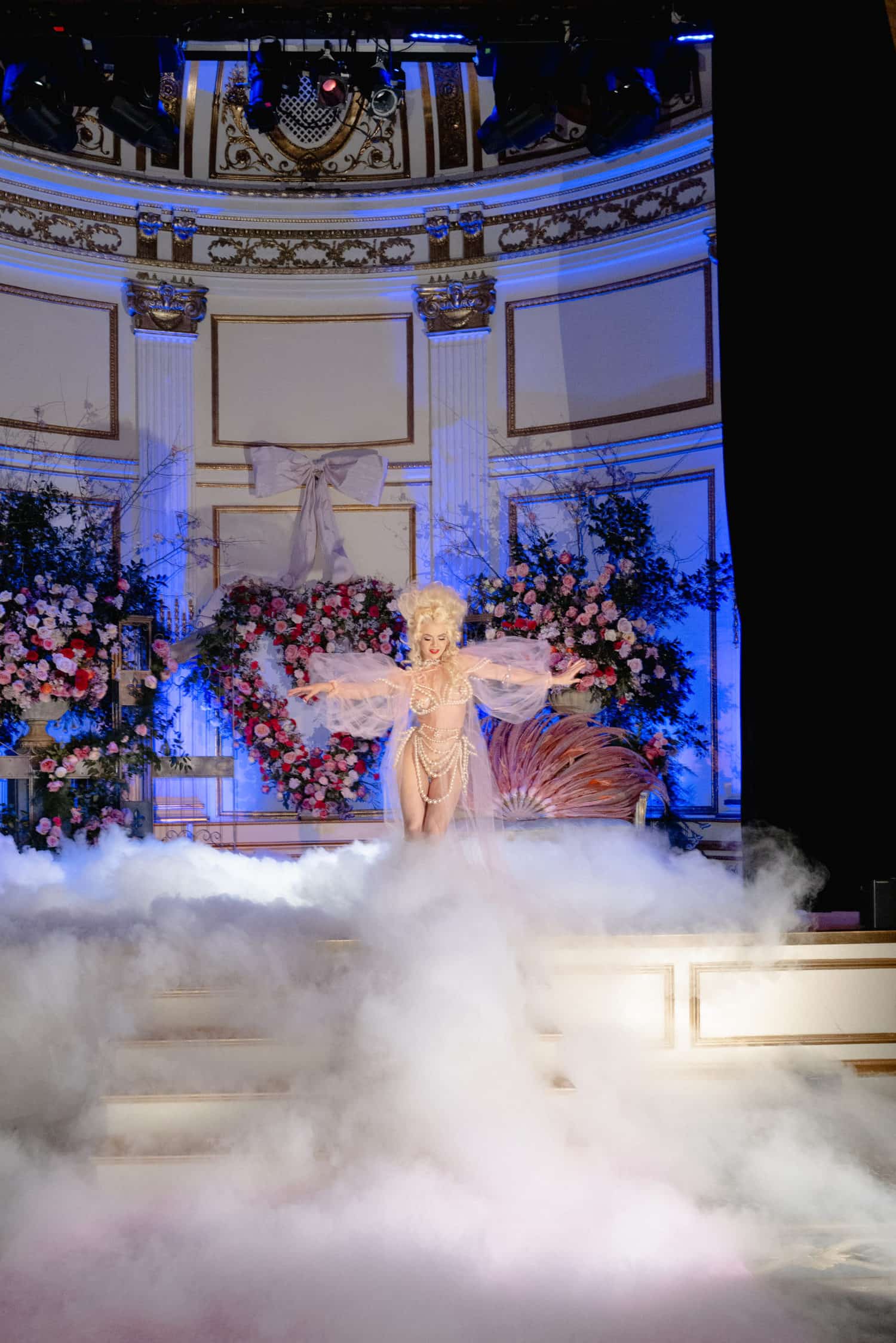 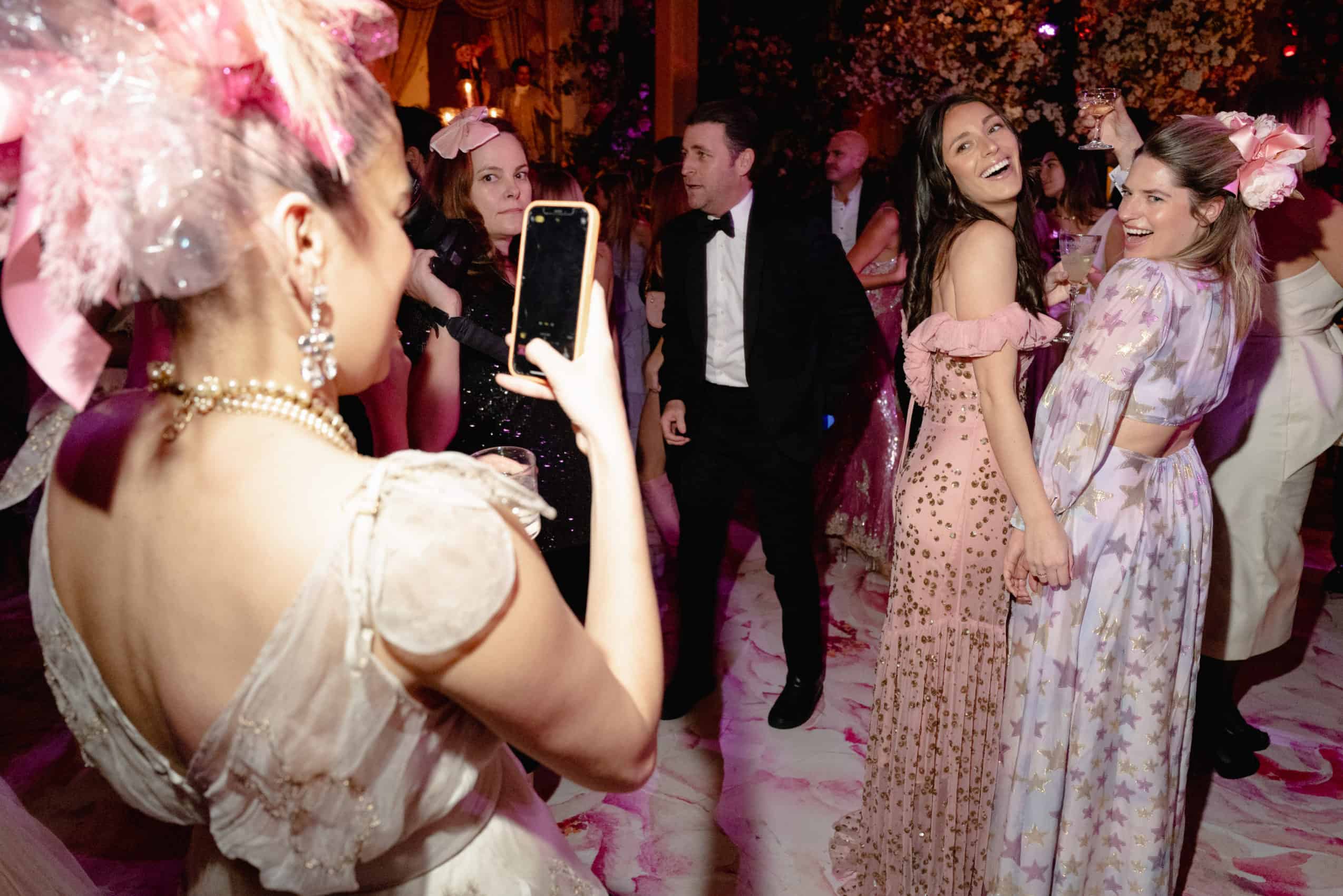 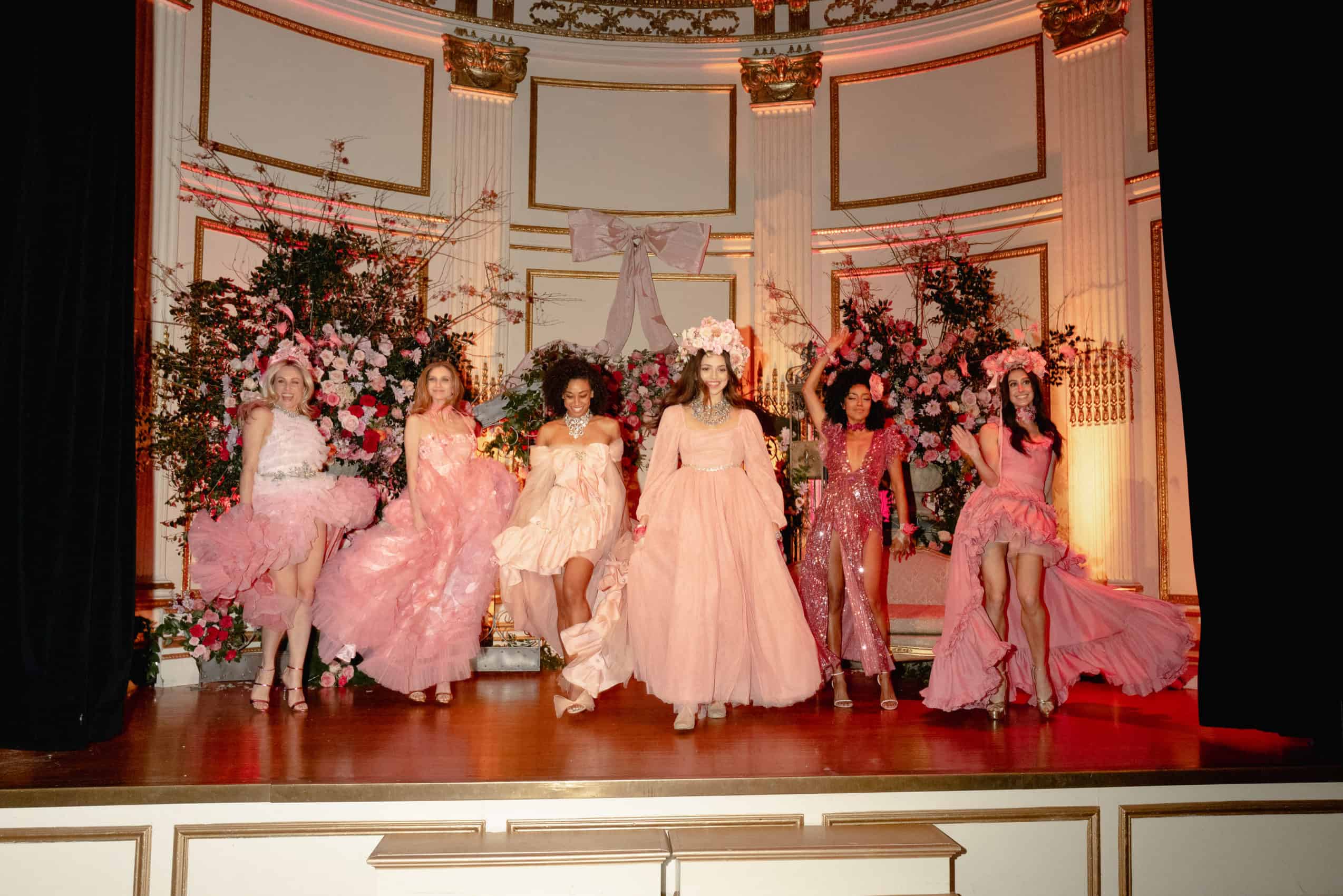 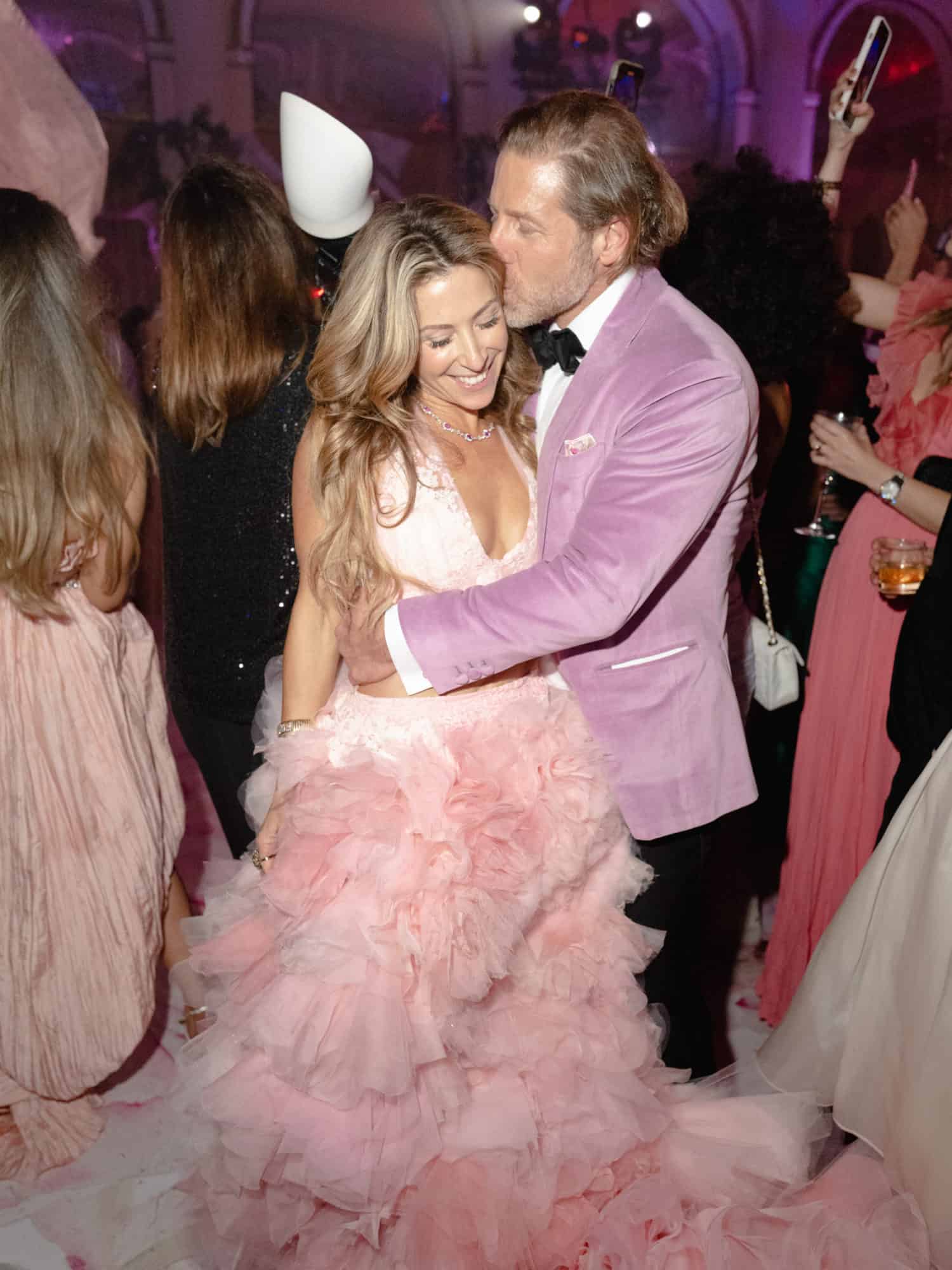 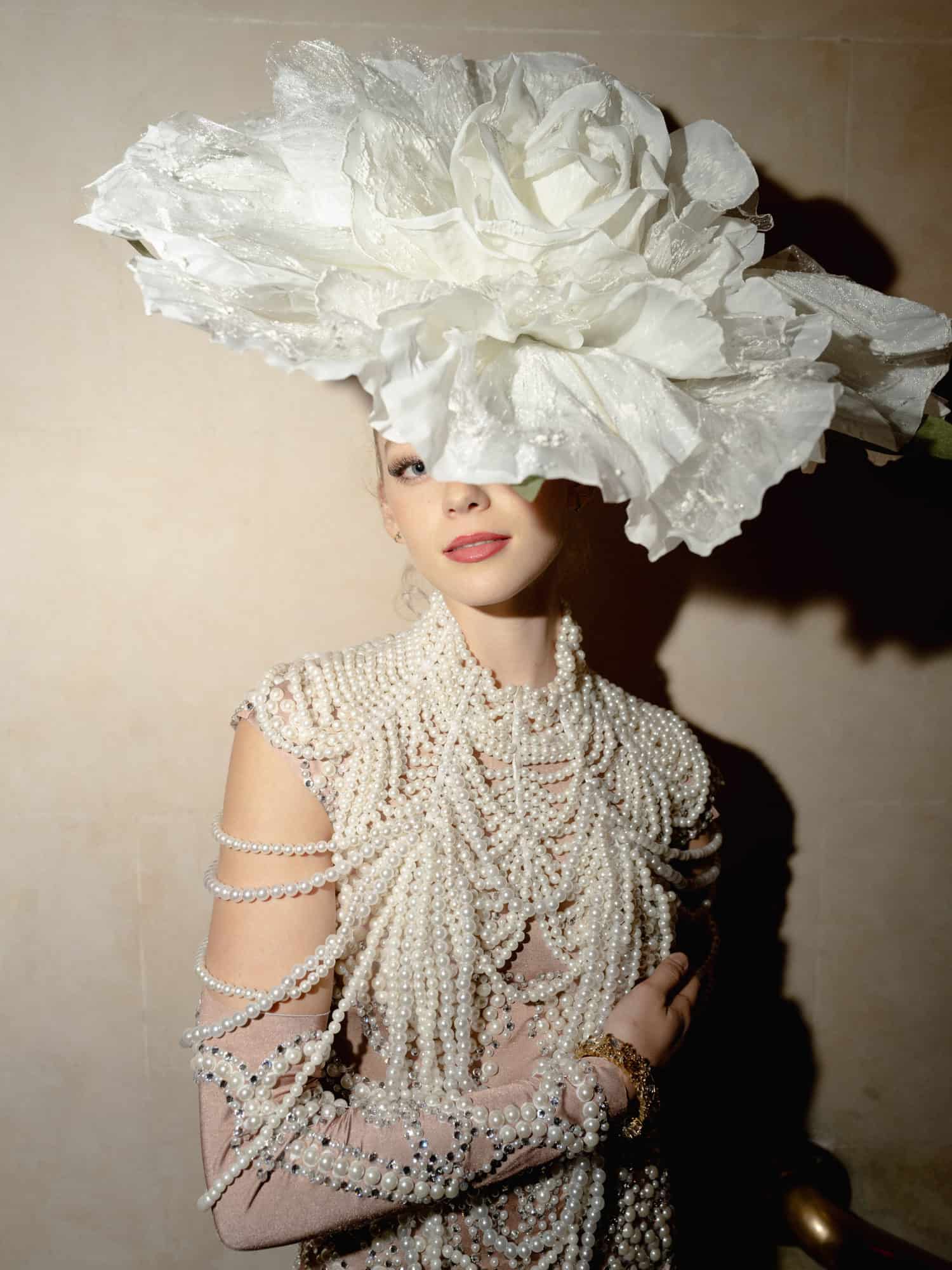 From fireworks and confetti drops to burlesque flash performances, it was a sensory overload (in the best way) that made everyone in attendance understand exactly how the LoveShackFancy brand has captured the imaginations and hearts of its millions of fans. While the Sarah & Simon Cake Design and Ladurèe confections were hard to top, the sweetest moment of the night came when Hessel Cohen’s husband and partner of 20 years, Todd, made a speech in her honor and read a poem about how she dreamt up the dreamiest world imaginable. 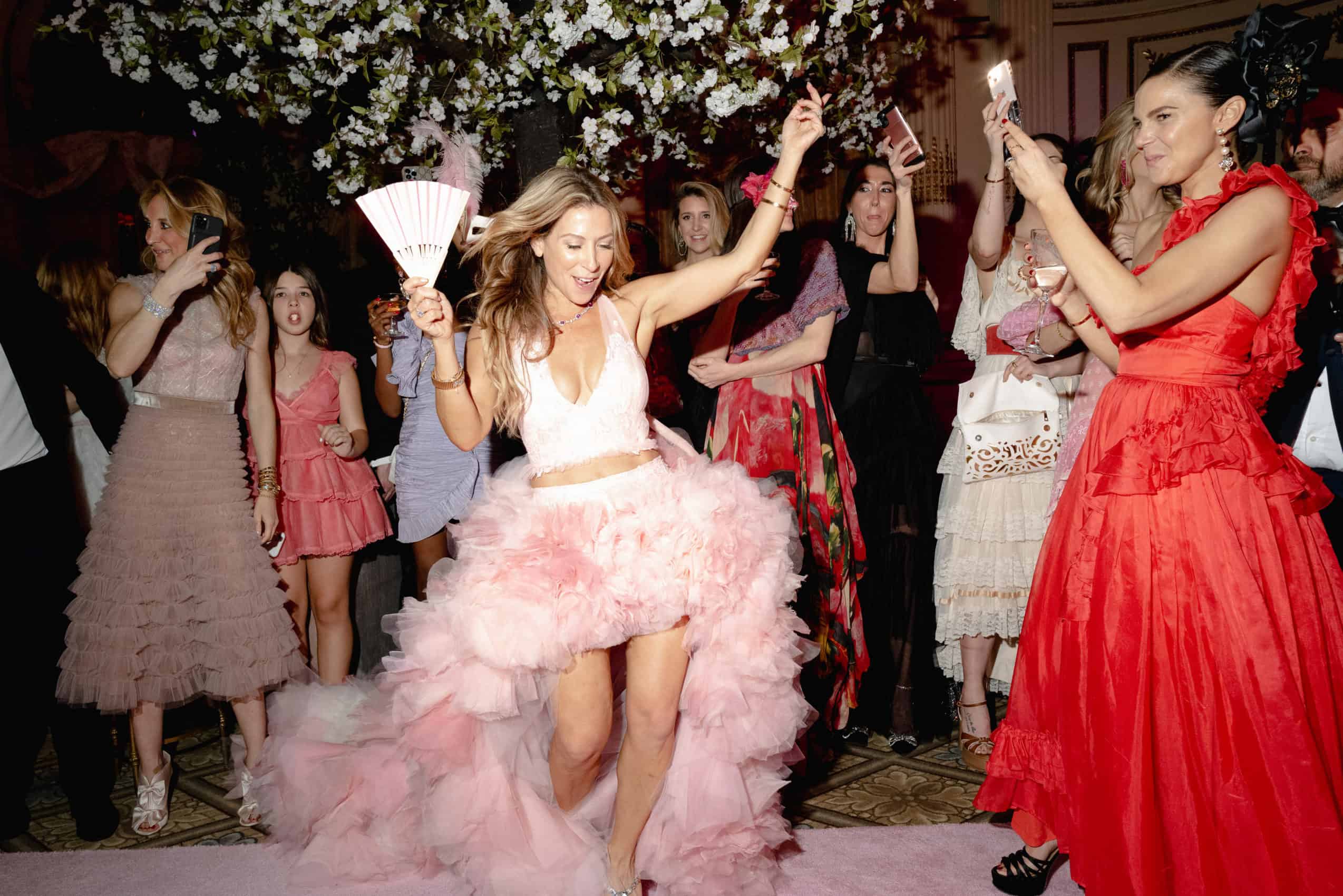 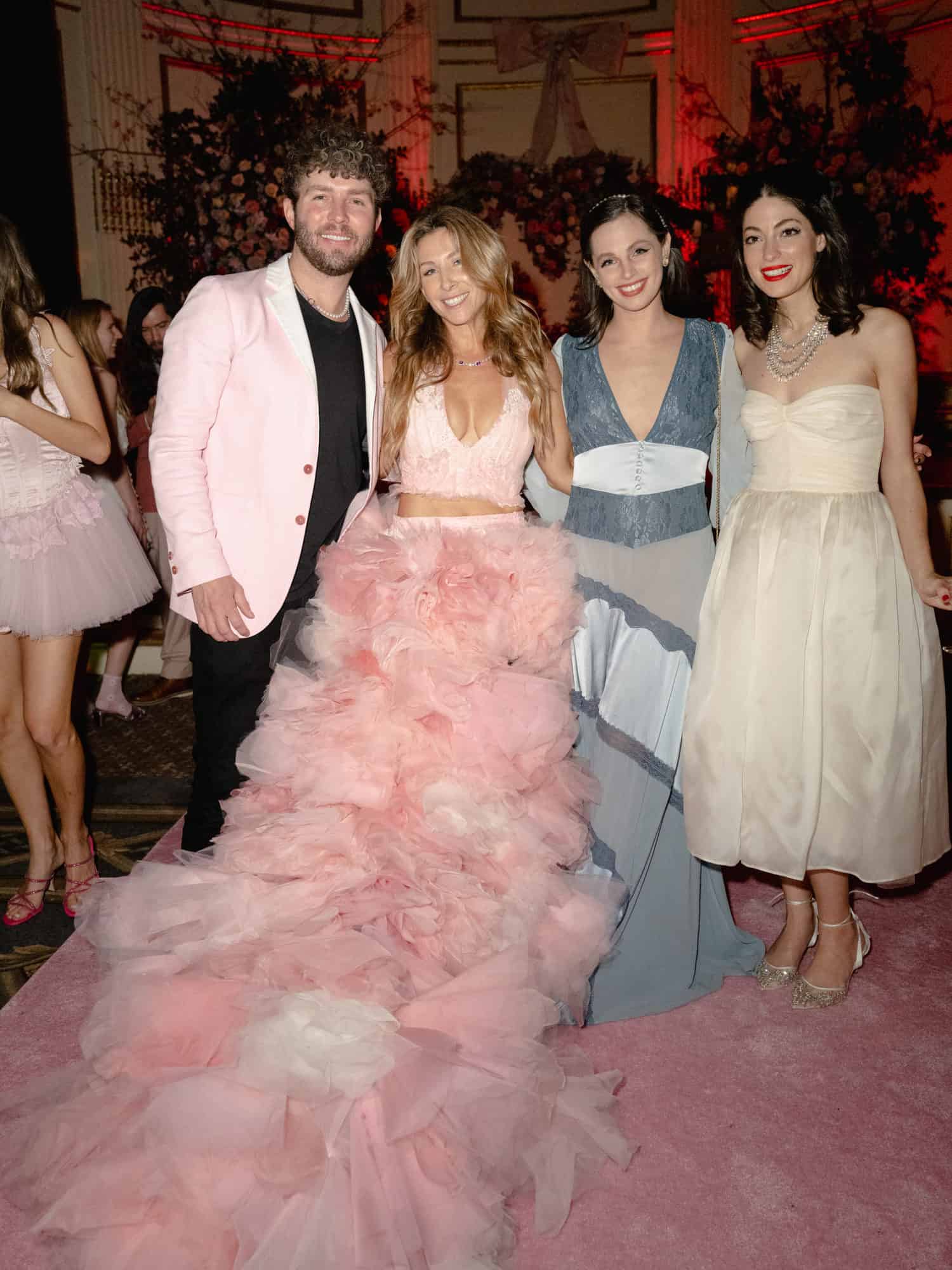 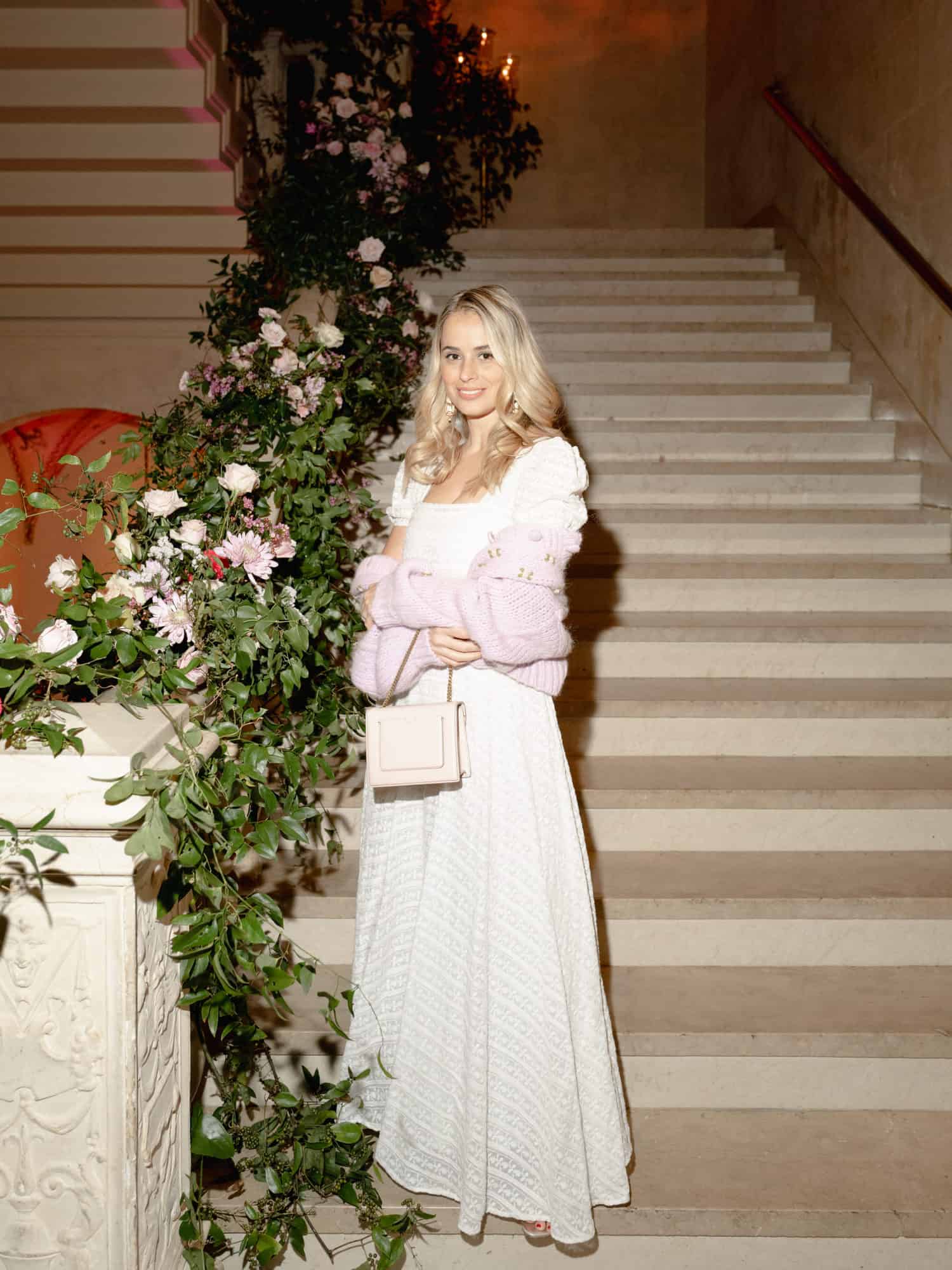 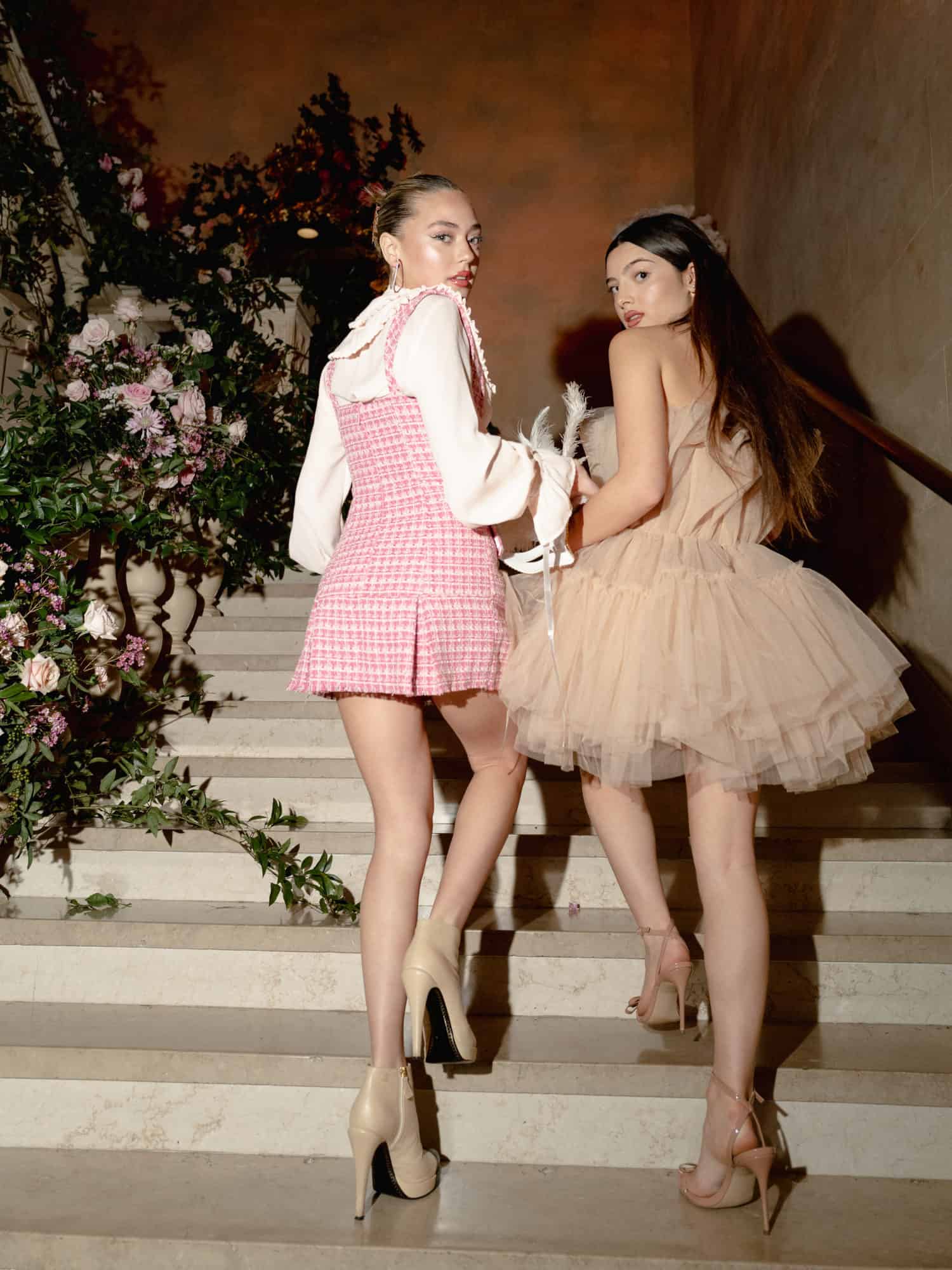 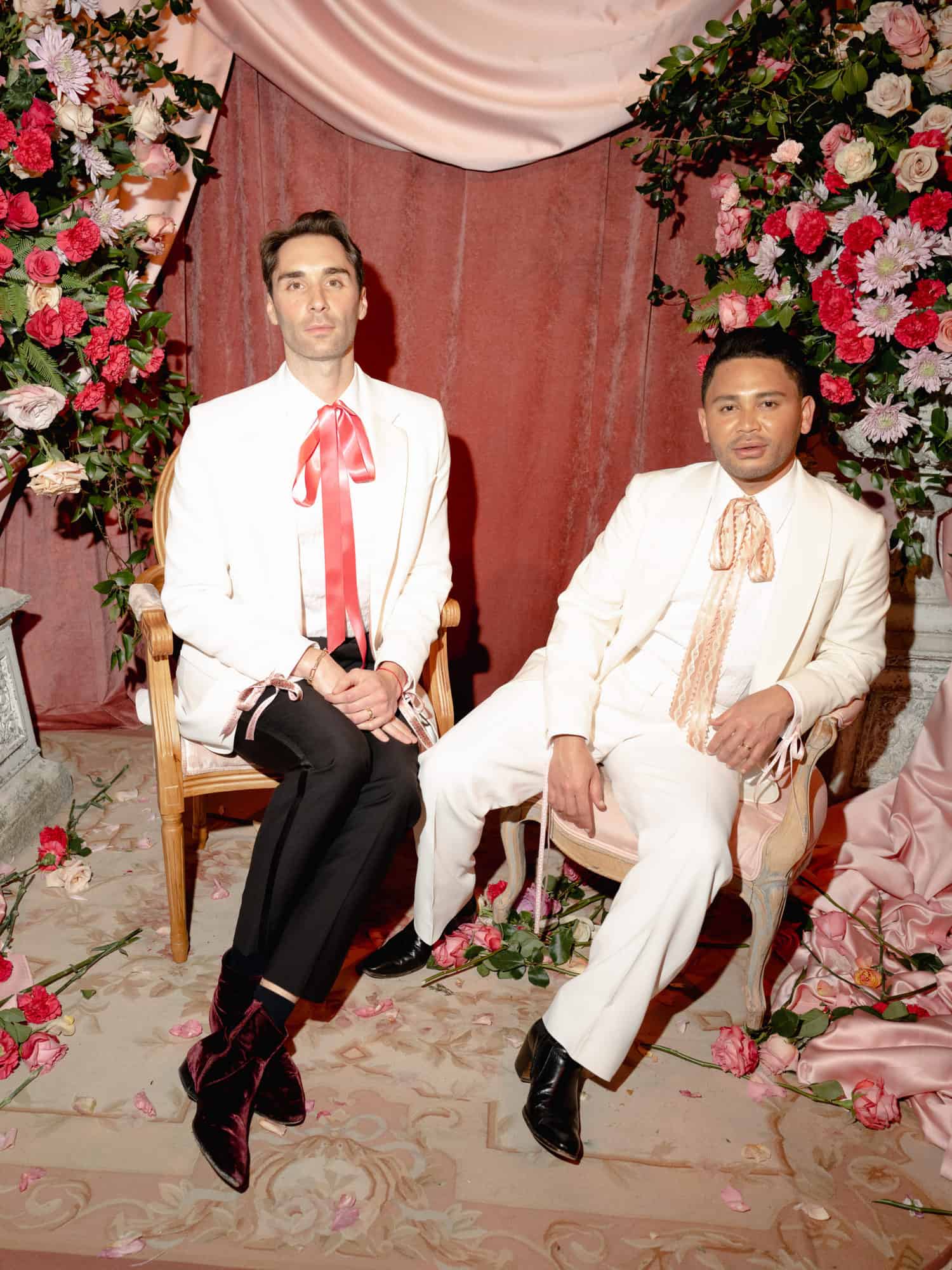 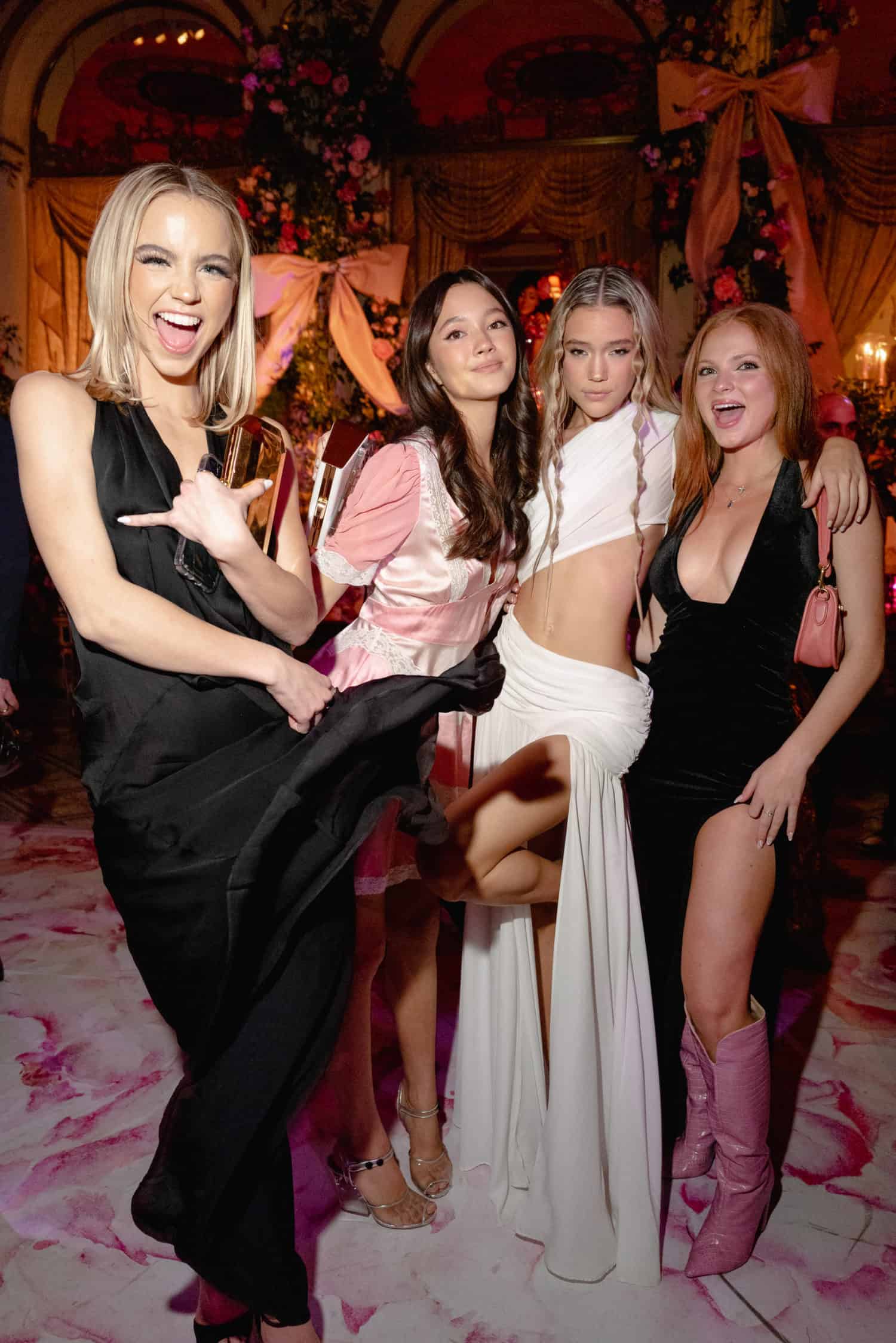 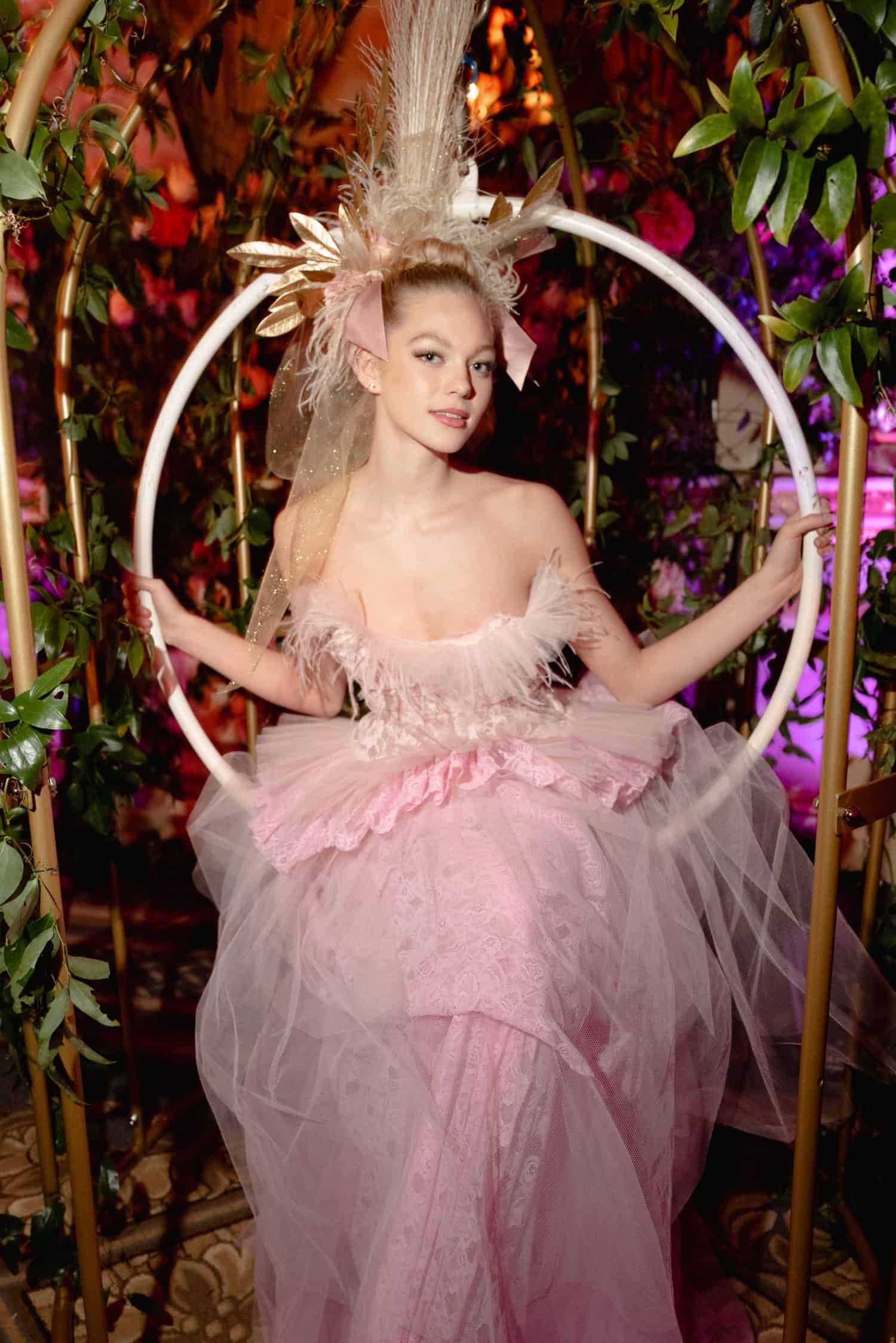 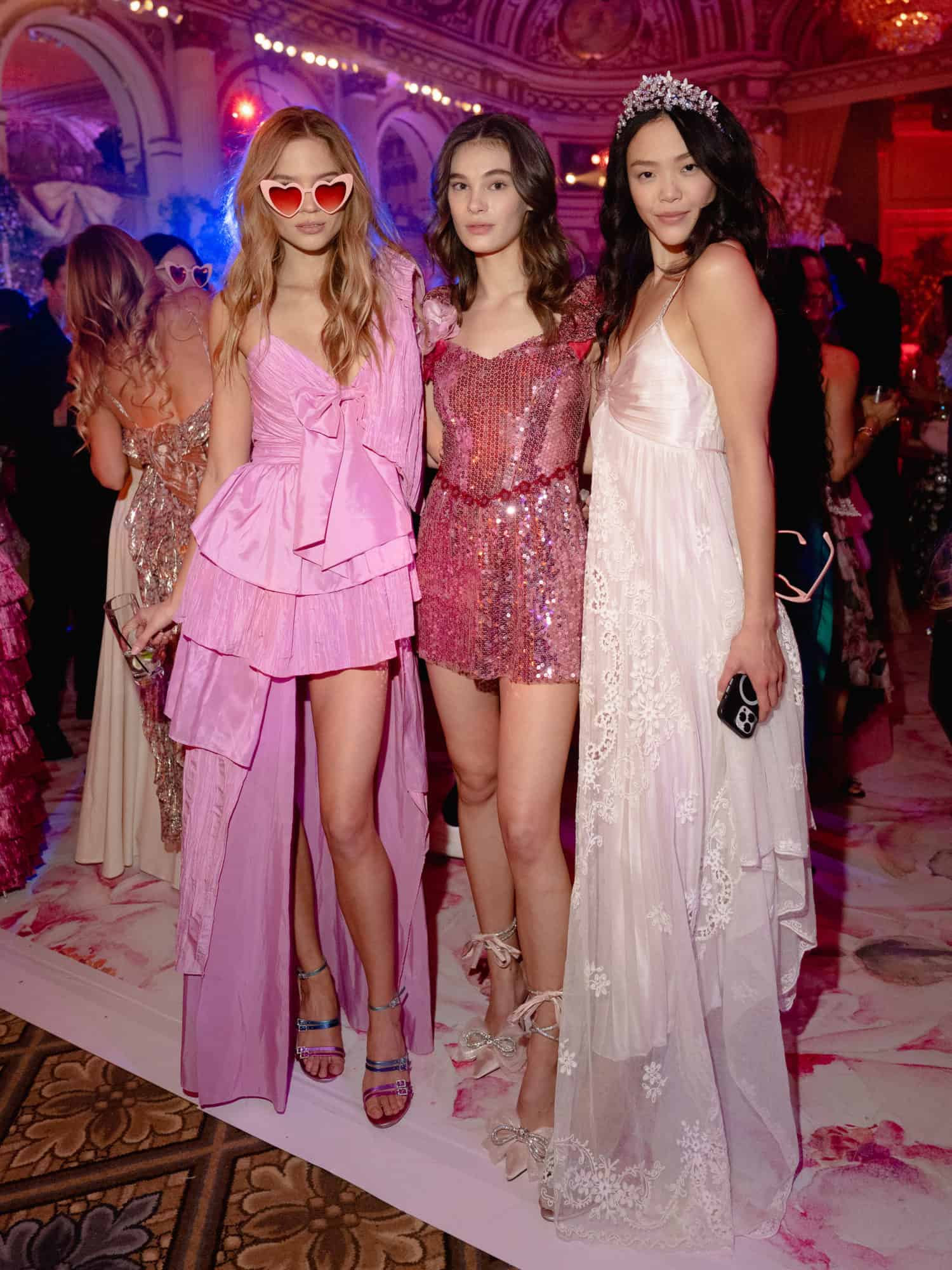 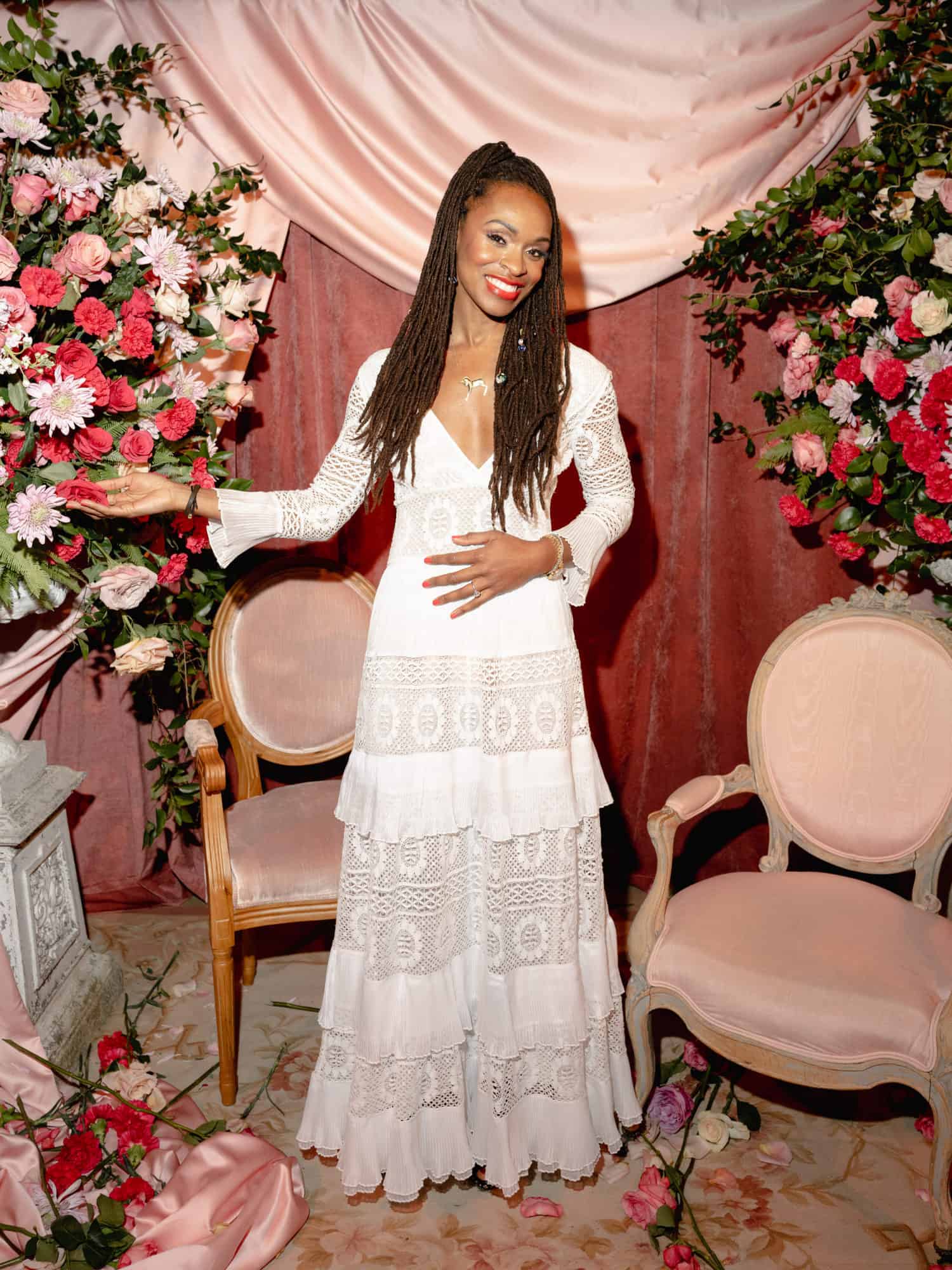 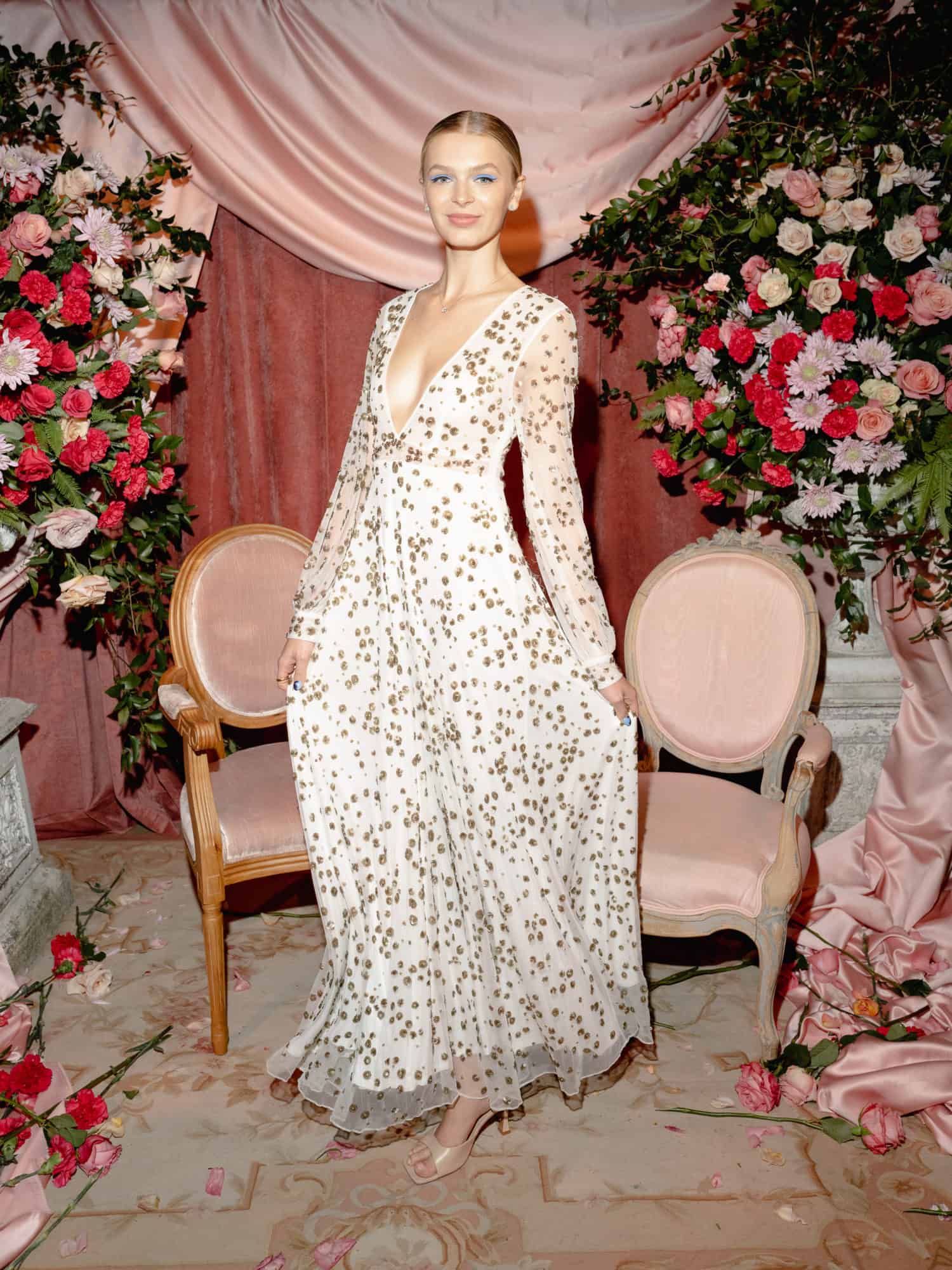 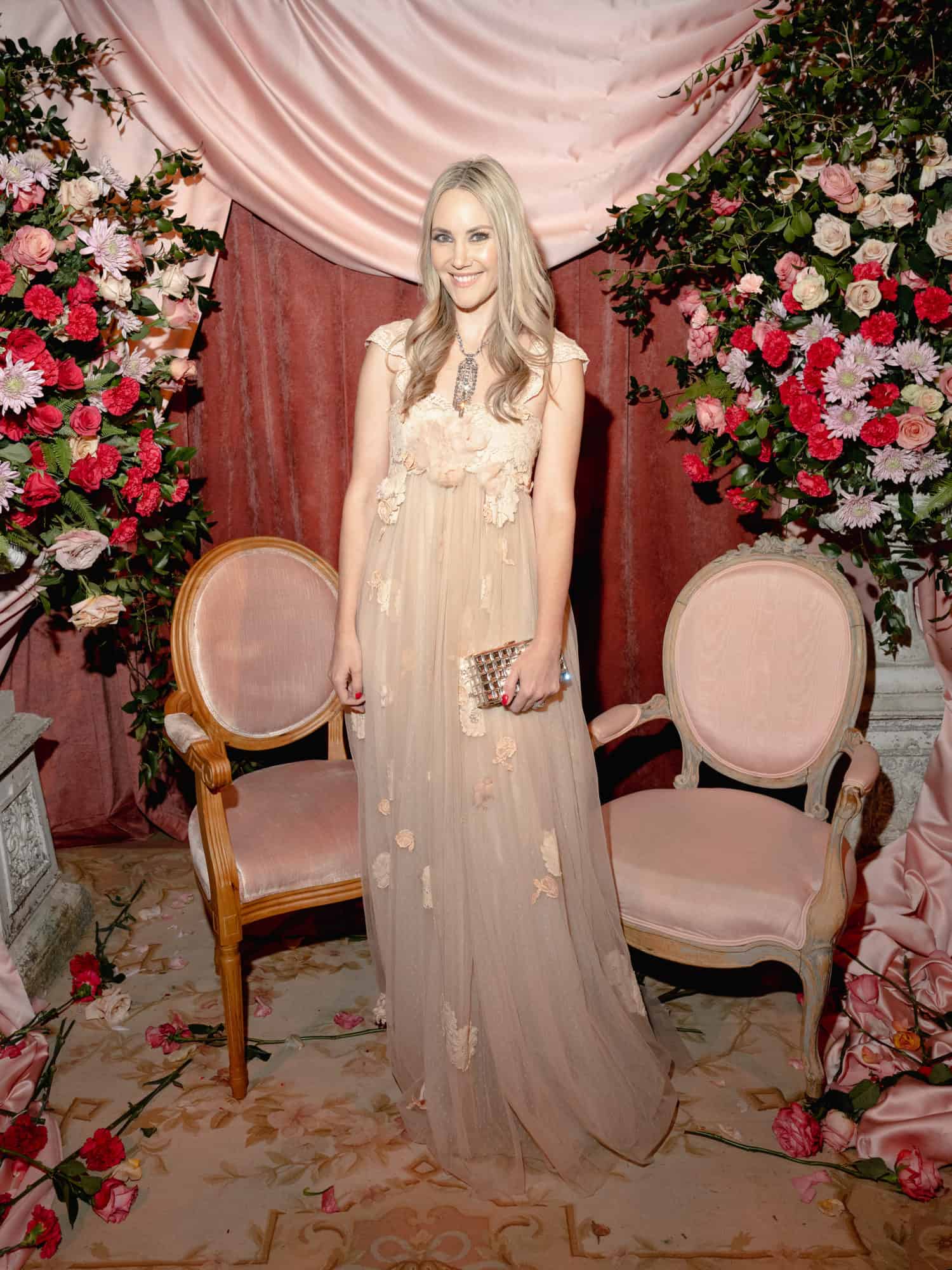 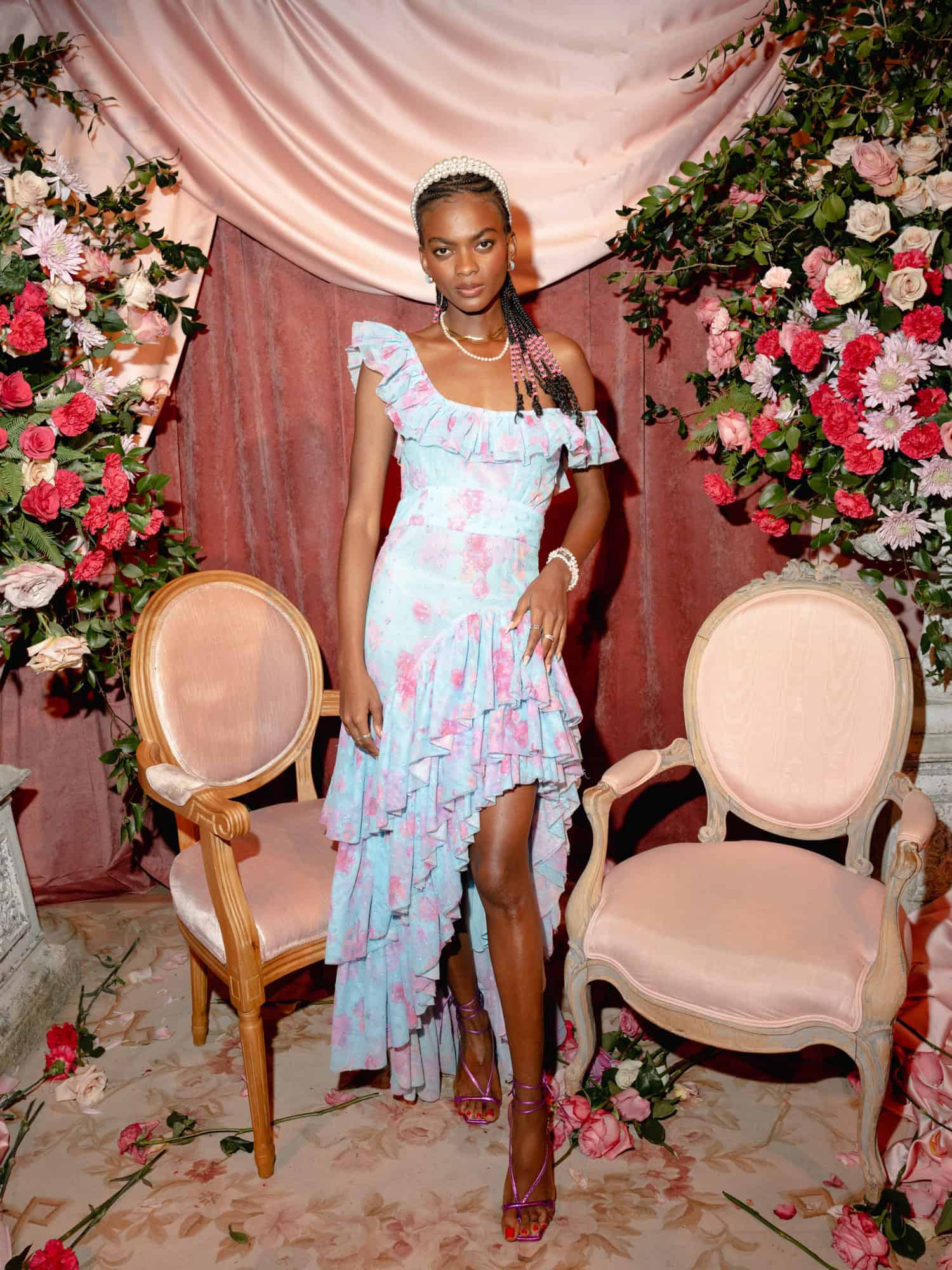