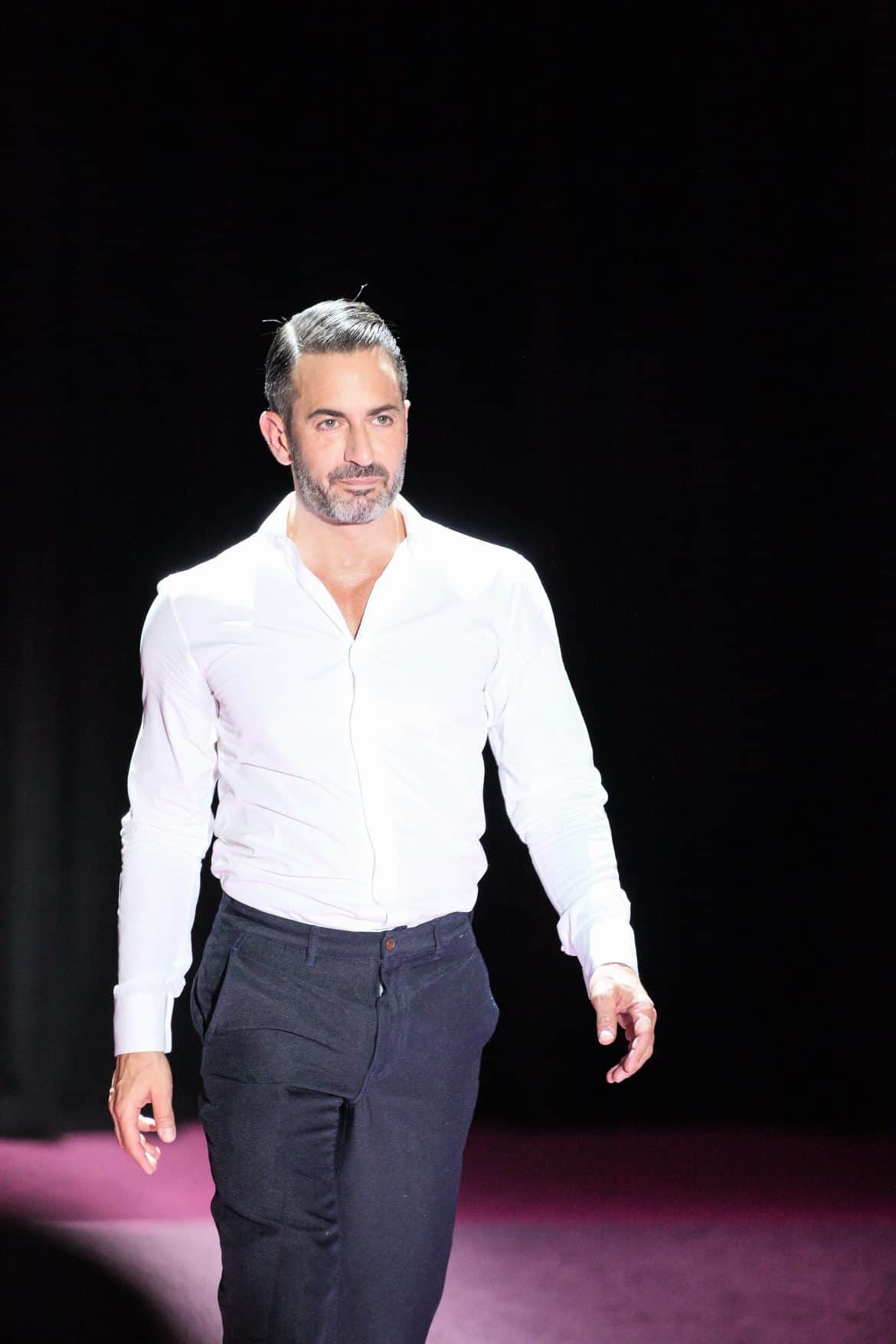 What happens when Marc Jacobs does lunch with Paper‘s Mickey Boardman at Sant Ambroeus in the West Village? Some very candid chatter. A few choice nuggets from the delightful Q&A, right this way…

On how he really feels about Vuitton these days: “I had a hard time looking at it at first. I think I got pretty down and depressed, but I love what Nicolas [Ghesquière] does. I really admire him and I have really great respect for him.”

On whether he’s a control freak: “I wouldn’t define myself that way. Maybe other people would.”

On why he went from notoriously late runway shows to ultra-punctual showings: “I feel like the lateness caused a lot of critics to look at the work differently. If they are tired, if it’s the last show of the week, if it’s late, if it’s raining… you’ve got five strikes against you already.”

On his app activities: “I went on Grindr a couple of times. Well actually, with Harry [Louis] he was like, ‘Let’s do a profile on Grindr.’ And I did, and I met a couple people.”

On his worst habit: “Chain smoking”

On the historical figure he most identifies with: “Bob Fosse. I identify with everything about him.”

Marc looks so great in this picture…he actually is truly great!