“Making the Cut” Crowns Their Winner — What Will They Do With Their $1 Million?

WARNING: Making the Cut SPOILERS AHEAD! By now you’ve probably caught up on the final episode of Amazon’s Making the Cut and know Jonny Cota goes home with the $1 million dollar prize and his own namesake collection has launched on Amazon.,which is nearly sold out! [Cota was neck and neck with Berlin-based designer Esther Perbandt, who is also walking away a winner. Amazon Fashion has announced that a collection from Perbandt will soon be available on Shopbop.com and The Shop by Shopbop in Amazon’s Fashion’s store.] Last week we had our third phone interview with Cota to talk about what the million dollars will mean to him and whether he had any regrets from the show.

How are you?
I’m incredible!

I bet! How hard was it to keep your win a secret?
It was one of the hardest things in my life. After I got over the initial week or two, I learned to love it. I wanted my friends to experience it with the show- all of the narratives, the ups, the down, the tears, the joy. When that complete moment of victory happens at the end, I wanted them to experience it like that.

A lot of people in your life don’t know about this win yet. [This interview was conducted before the final episode aired on Amazon Prime.]
Most of my siblings don’t even know. A lot of people that work for me don’t know. Very few people in my life know.

What will Friday be like?
I thought there would be a viewing party at a local bar, blah, blah, blah. But instead I’m organizing a big Zoom viewing party with 30 of my closest friends and family. We’ll all experience it together in this crazy Covid-19 lockdown time, it’s going to be a much welcome and needed ray of light. 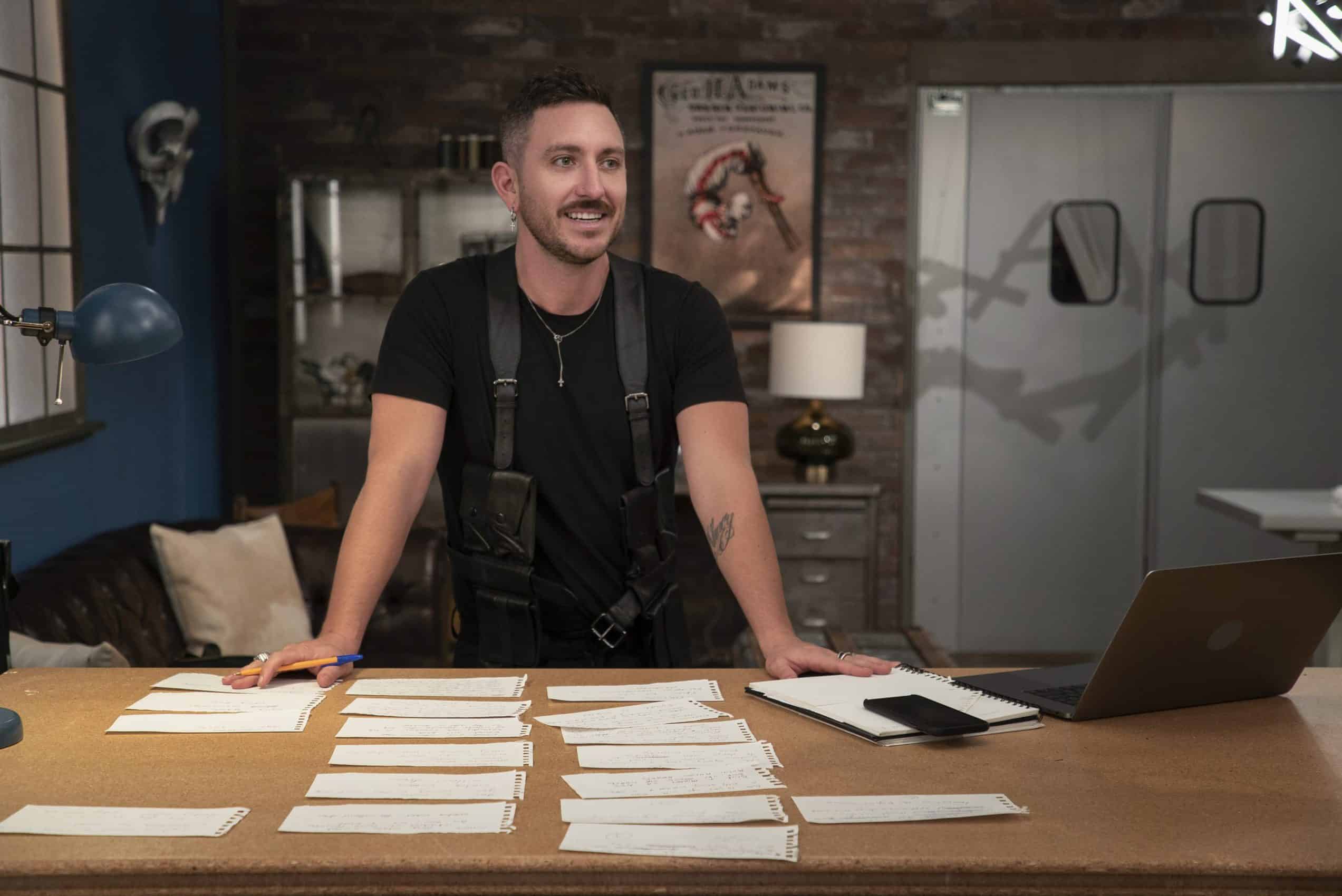 What are you going to end up doing with the million dollars? Is it for the business or can you buy whatever you want?
The million is a prize. I can do whatever. As an experienced business person, I know to put a lot of it back into my business. II just got the biggest opportunity of my life being on Making the Cut so it would be foolish to not put the majority of it into the business. I’m investing in myself.

Do you have any priorities of where it will go into the business?
Focusing on launching this finale collection and setting up a new company. I’m launching Jonny Cota. What does that look like?

Did the Amazon mentorship begin?
It started when we stopped filming. There’s an advisor who was guiding us for the last six months preparing us for this launch. I’ve learned so much.

What was the fashion show like in New York?
It was the best day of my life. It was on the rooftop of our design studios in Manhattan. For my family to walk in- that was a surprise. It was all the people I love! Plus the judges who have been with me along the entire journey. Many of the designers from the show were also there. The threshold was so high. I was 100 percent proud of everything that came down the runway. It was the perfect moment. 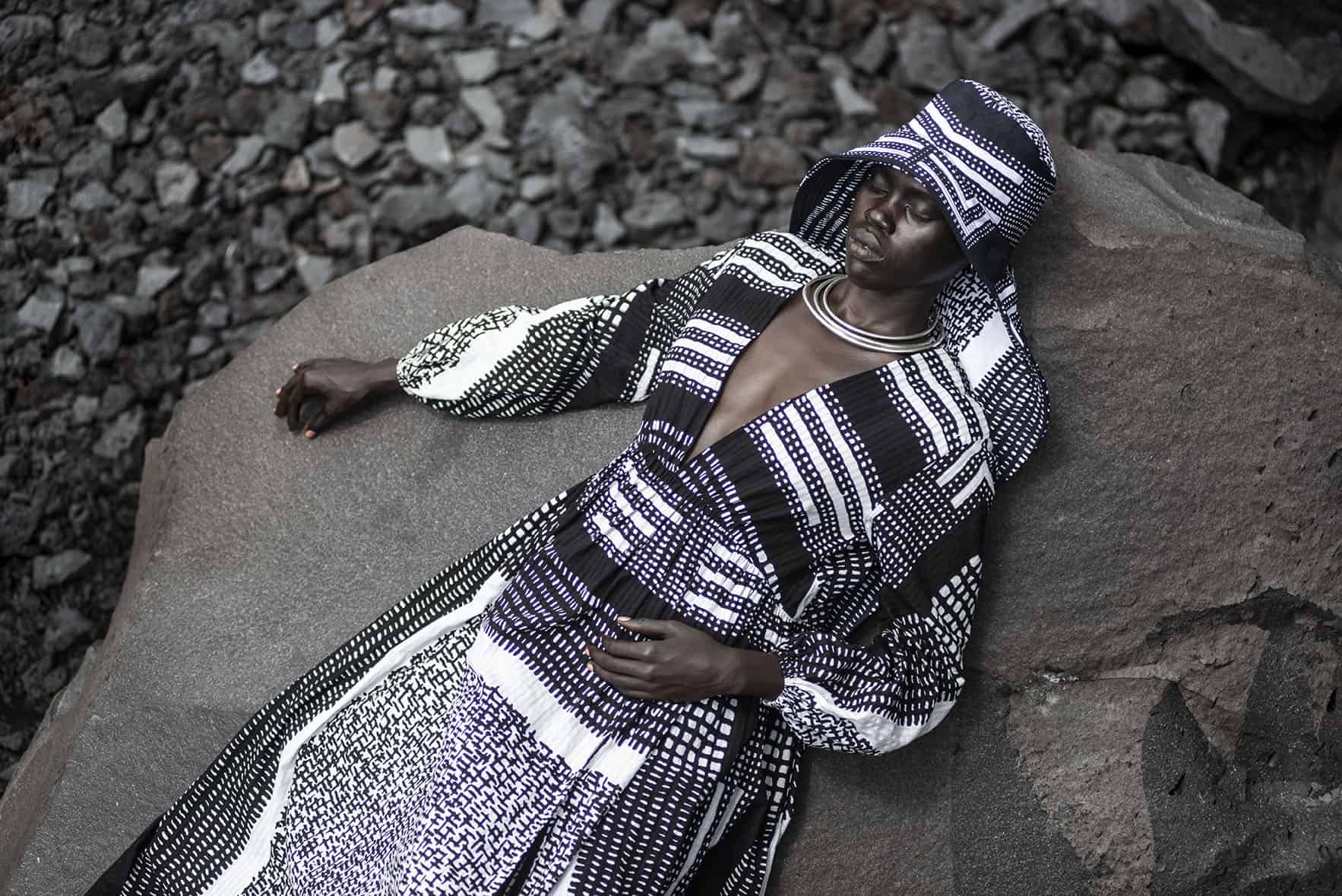 When you had the meeting with Christine Beauchamp at Amazon,  were you really as nervous as it appeared?
I was more nervous in front of the president of Amazon Fashion than any other moment on Making the Cut. I consider myself a well spoken and focused business person, but giving a presentation like that was beyond any kind of pressure I’ve ever experienced. I stumbled at the beginning, but once I found my footing and turned the presentation into a conversation all of it started coming together.

How long was the meeting actually for?
It felt like 5 hours! I’ll tell you that! But it was about 5 minutes. I had prepared a 10 minute presentation that I knew was too long. In the elevator on my way there, I took pages from the presentation and threw it out. I could get to the point, speak from the heart, be effective if I screw the notes. I could look her in the eye and tell her about Jonny Cota.

You and Tim Gunn had a very sweet bond. What was he like for you through this process?
Tim Gunn became one of my closest confidants on the show. At the beginning you’re kind of star struck, but he’s with you during the difficult times, he’s with you in your triumphant moments, and then to see each other at the finale. I felt so close to him. I knew he wanted us all to succeed so bad. I could tell by his body language that he was proud of me and that meant the world to me. 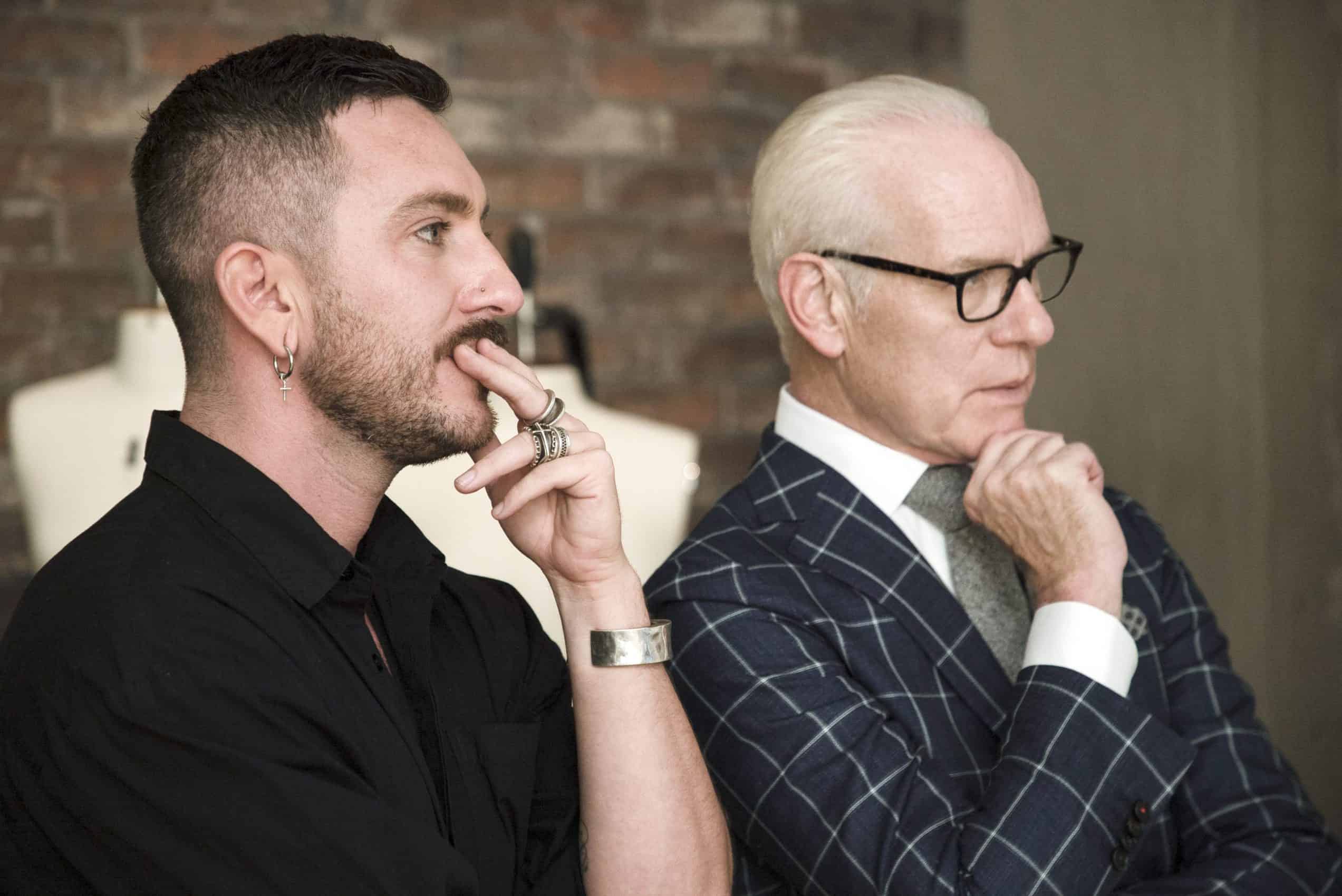 He seems like such a sweet man. You’ve watched the show and the judges often remarked that Esther worked with black too much. Do you think black hurt her chances of winning?

I think Esther has a strong, specific vision and will go on to become an incredibly successful designer. She’s already incredibly successful. I think that the judges wanted to see people go outside of their comfort zone. If you are launching a global brand, a year from now or two, you need to show growth and expansive vision. I think that’s what they appreciated in me. I think they were trying to coach Esther in that direction, but I think she is very committed to her singular vision.

Is there anything you would do differently on the show?
I would dress cuter! I had some good days and some bad days! [Laughs] I thought watching myself on screen would be the worst experience ever. I don’t like the sound of my voice. How did I come off? But every episode I an 100% Jonny Cota. I have no regrets!

What will the money really mean to you?
What this money means to me as an artist compared to a business owner is that it’s going to give me an opportunity that I haven’t had in 15 years to take a breath and design without limitations. My designs at the beginning of Skingraft were over-the-top, but as you open doors, as you build your team, you need to pay your payroll, you need to pay the rent. You start to make [safer] pieces because sales matter. Sales will matter for Jonny Cota, but this will be the first moment in 10 years that I’m not stressing about how to pay for the store. I’m going to design from an organic place where I can design as an artist and see what comes.

You’re so lucky. Most designers are suffering right now financially.
When this all started I had a mini pity party with the show coming out and we’re all stuck inside, but I count my blessings every day. While so many designers in the industry are struggling, in this crazy turn of events, I’m having the best sales month of my entire brand!