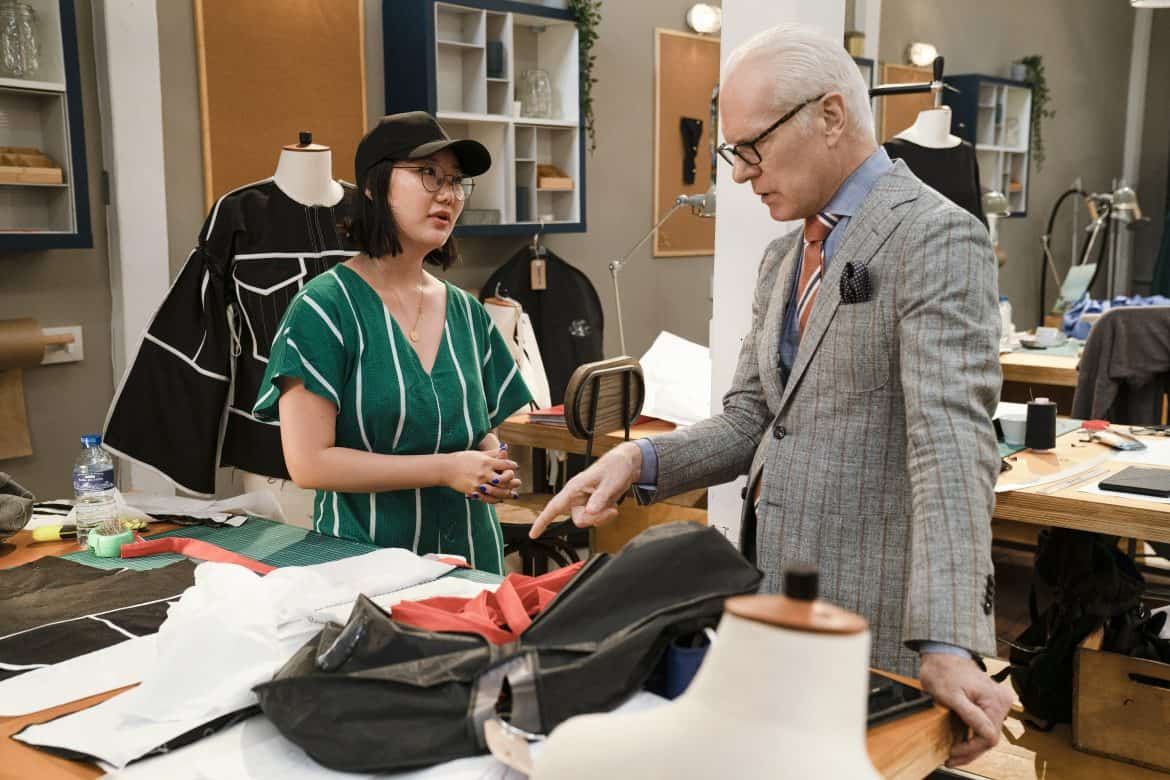 WARNING! Making the Cut spoilers ahead! Though she didn’t technically win episode 2 of Amazon Prime Video’s hit new show, Making the Cut, designer Ji Won Choi’s accessible runway look was so good that Amazon decided to put it into production anyway. (Clearly a smart move on their part, as the look is already sold out.) The Daily got on the phone with Choi to find out more. 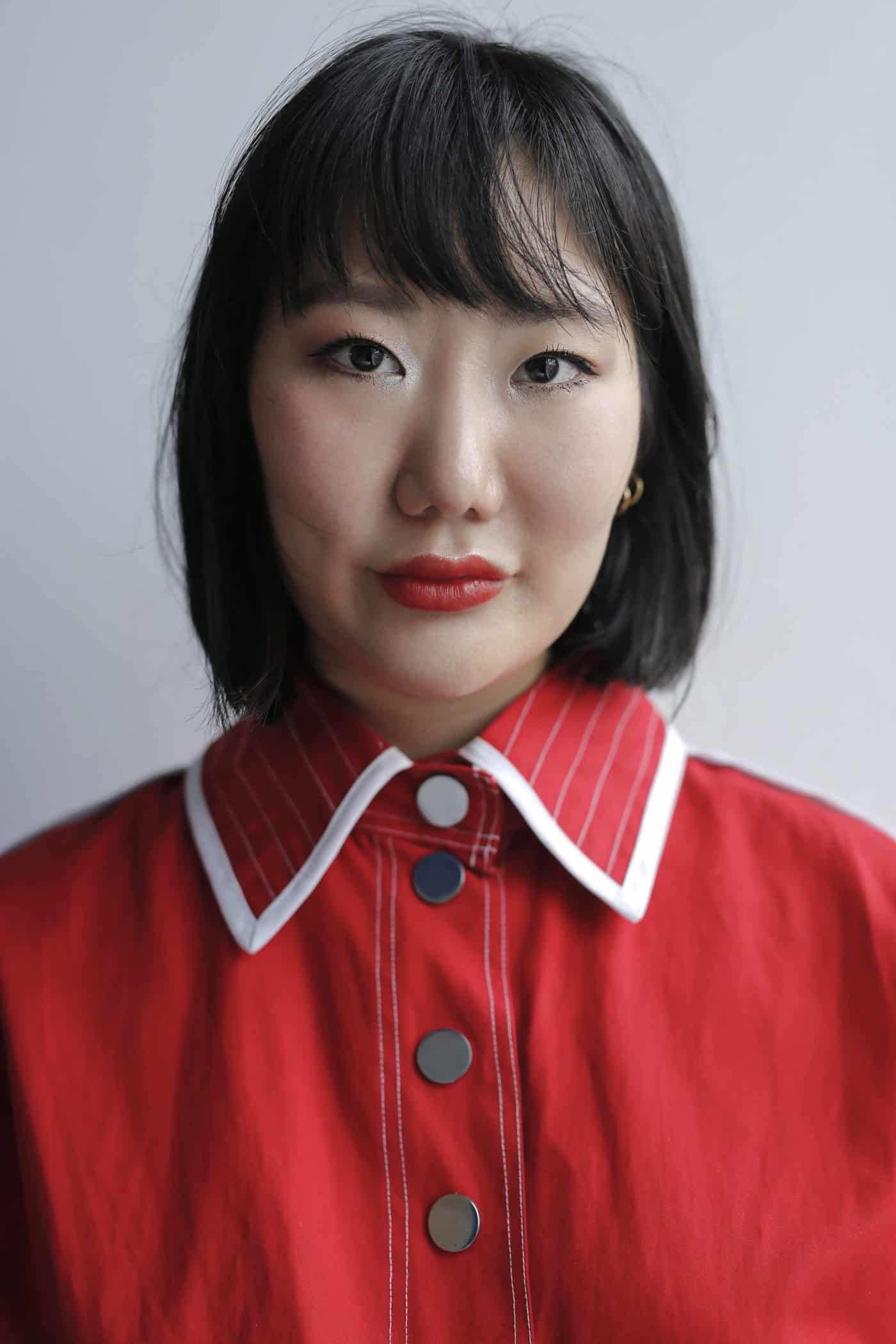 Esther Perbandt won the second episode. What were you thinking when the judges called you up again to talk to them?
Someone else [Martha Gottwald] went home before I got called up, so I was pretty sure I wasn’t going home. I thought it was a safe situation.

And then they told you your look was also going to be sold on Amazon!
It was so cool! Especially because I didn’t expect it. It’s so great to have this wide audience on Amazon. I’ve never had a reach like that before, so it’s really exciting. 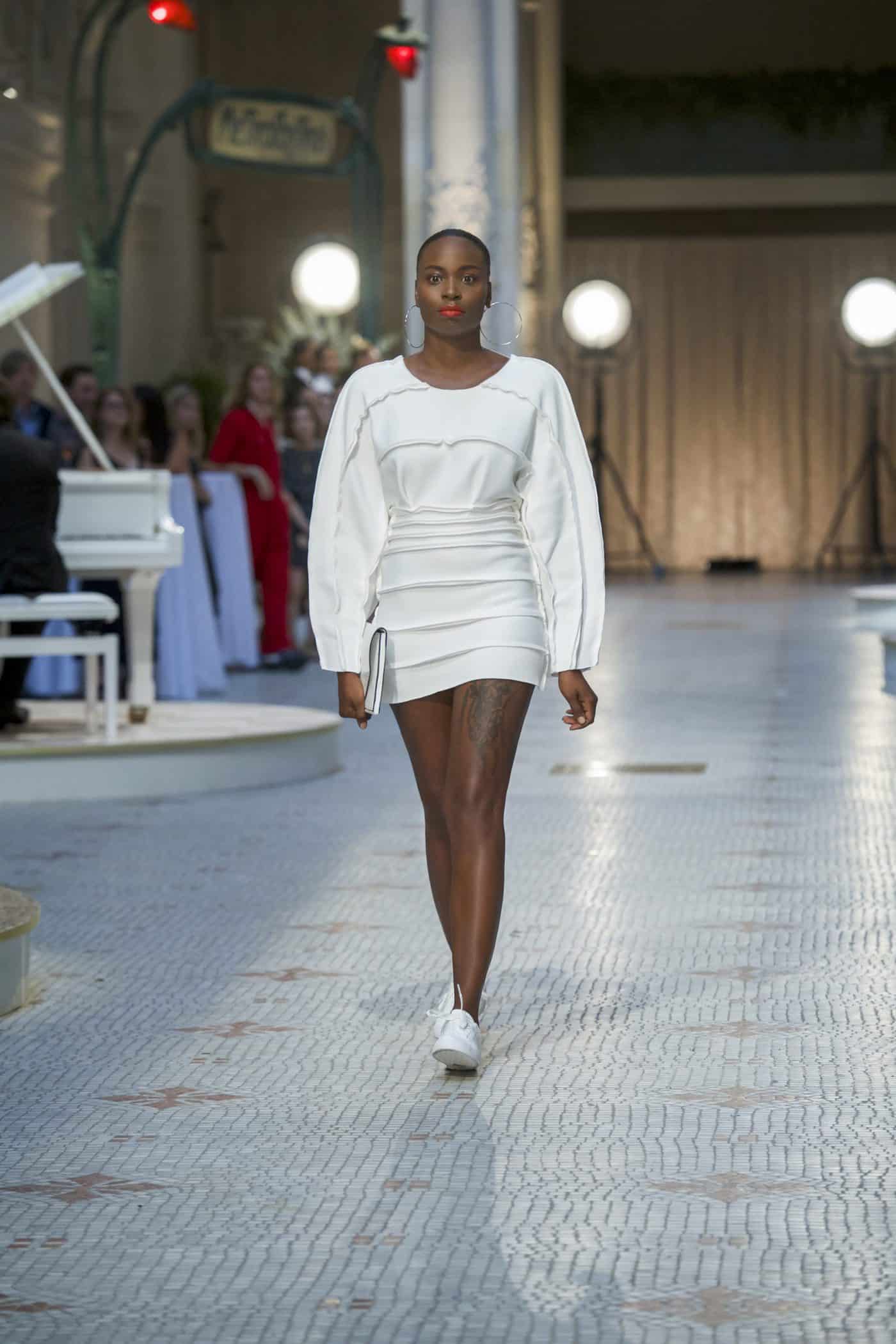 Let’s talk about the accessible look. Were you thinking about how it would do on Amazon as you were creating it?
Honestly, when I design, the question of it selling is the last thing on my mind. When I create something, I want to get in the creative zone and create something interesting and cool and that people haven’t seen before.  I don’t think it’s something I aim for, but it is something I reach.

Wearing one of the looks from the premiere of @makingthecuttv, streaming now on @amazonprimevideo! I’ve styled this white neoprene dress with a silk scarf belt, and you can see more on @amazonfashion and in my stories now. #makingthecut #founditonamazon #ad

How comfortable were you with the idea of creating a couture look?
I was in my element and super comfortable with everything. Making clothes is what I do best, so it was honestly a dream come true to be in that situation.

What made you decide to do the show in the first place?
One of the producers reached out to me through email. I thought it was spam mail. They started reaching out more and then I got on a call and then they flew me out to LA to pitch my brand to the other producers. It was an easy yes for me.

Why?
I never thought I’d ever be on a TV show. It was never my dream or my goal. I feel like you should embrace every opportunity that comes across your way. I thought it would be fun and  a new experience. It was also an opportunity to reach an audience I was never able to before. I couldn’t pass that up.

What was it like having cameras on you all the time when you were working?
In the beginning, I was so uncomfortable! I was like, “You are too close to my face! Step back!” I was super nervous. But after awhile, there are so many cameras that they’re like flies on the wall. They becomes the last things on your mind. You get used to them.

Were any of the judges intimidating?
Naomi was so scary! I was shaking in front of her at all times. She looked perfect. We were all cowering in fear in front of her.

She probably loved that!
She did! 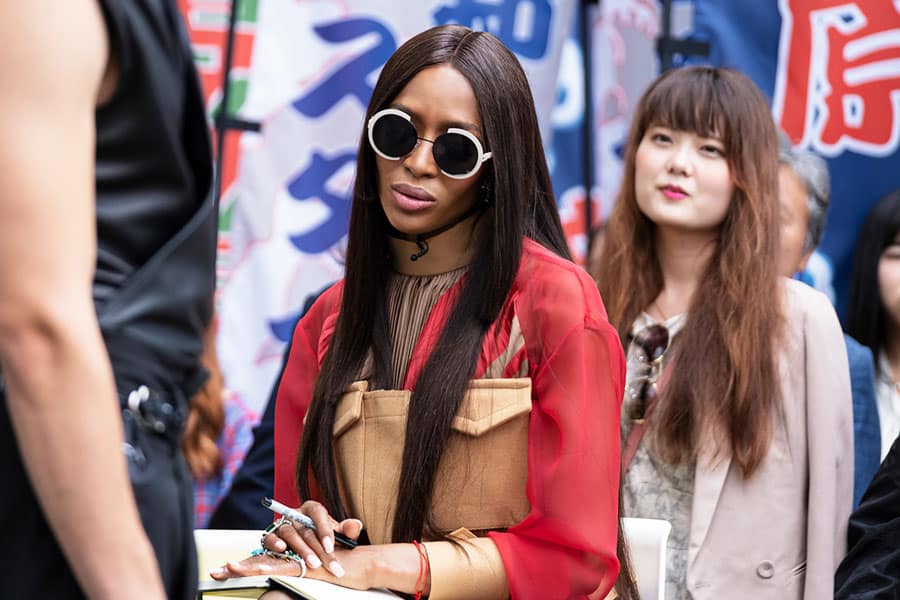 Tell us about your namesake line.
I graduated from Parsons three years ago and I was lucky enough to launch my brand straight after. I’ve been working on it ever since. It’s about connecting different worlds with different heritages and cultures. Celebrating the diversity we have in the world and celebrating that through fashion. We’re doing it in a very modern and young way

You mentioned in the first episode that you didn’t go by your birth name growing up and that you went by Rachel.  When did you revert back to your born name?
When I moved to New York at 18. It was a whole new environment and something I had been dreaming of my entire life. I felt like I fit in for the first time and I could switch back to my birth name and embrace who I was.

Do people still call you Rachel?
Everyone from my hometown calls me Rachel!

What are your ambitions for your brand?
I’m launching a new collection under my own name. It’s the first time I’m doing that since the Adidas collab [last year during London Fashion Week]. It’s good for me to go back to my own ideas and not worry about working with different brands and their image and branding.

Where are you these days? How are you dealing with isolation as the show is launching?
We had a big premiere party planned, which was canceled. I’m based in New York and it’s pretty intense. I’m mostly cooped up in my apartment with a sewing machine. I’m getting all of the projects I’ve been meaning to get to out of the way.