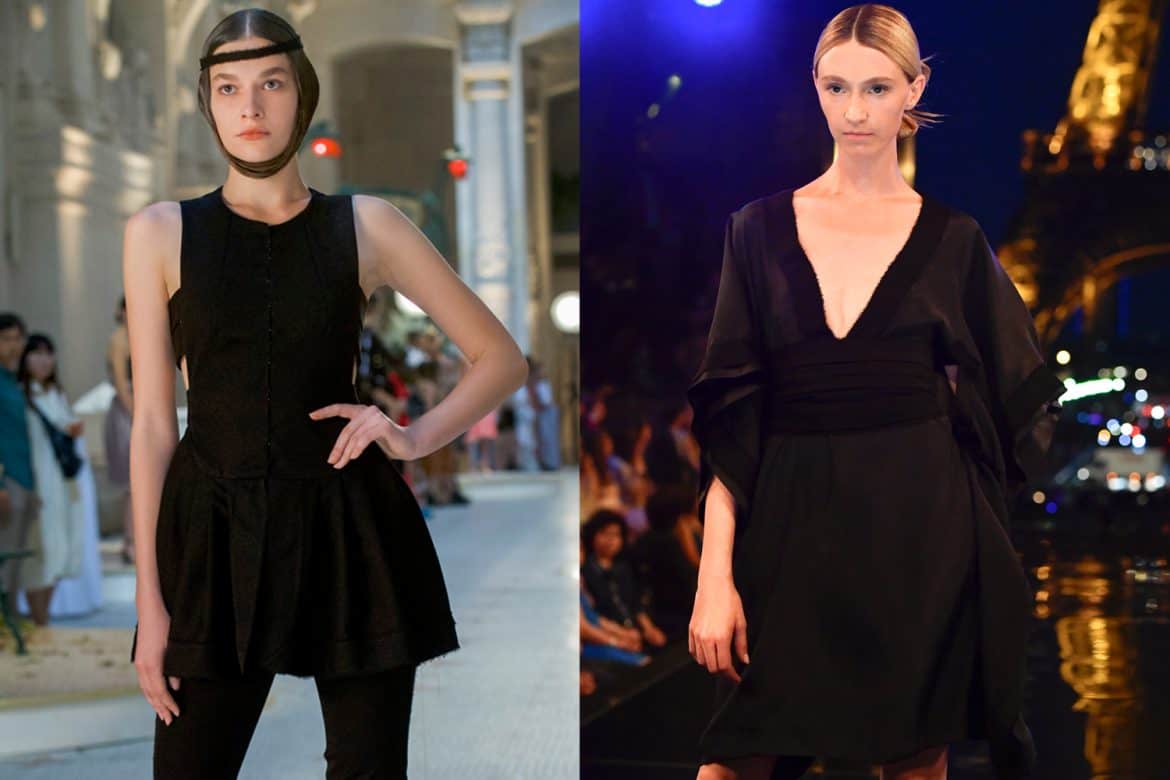 WARNING: Spoilers Ahead for episodes 1 and 2 of Amazon Prime Video’s Making The Cut. OK. Now that’s out of the way, we’d like to introduce you to Berlin-based designer Esther Perbandt who (much to her surprise) won the show’s first (and second) challenge. The Daily got on the phone with the talented designer to find out more about how she did it and what compelled her to step outside her comfort zone and do the show in the first place. By the way, for those interested in buying Esther’s winning looks from the show, sorry, but you’re too late! Her black dress from episode 1 and black vest from episode 2 are already sold out! 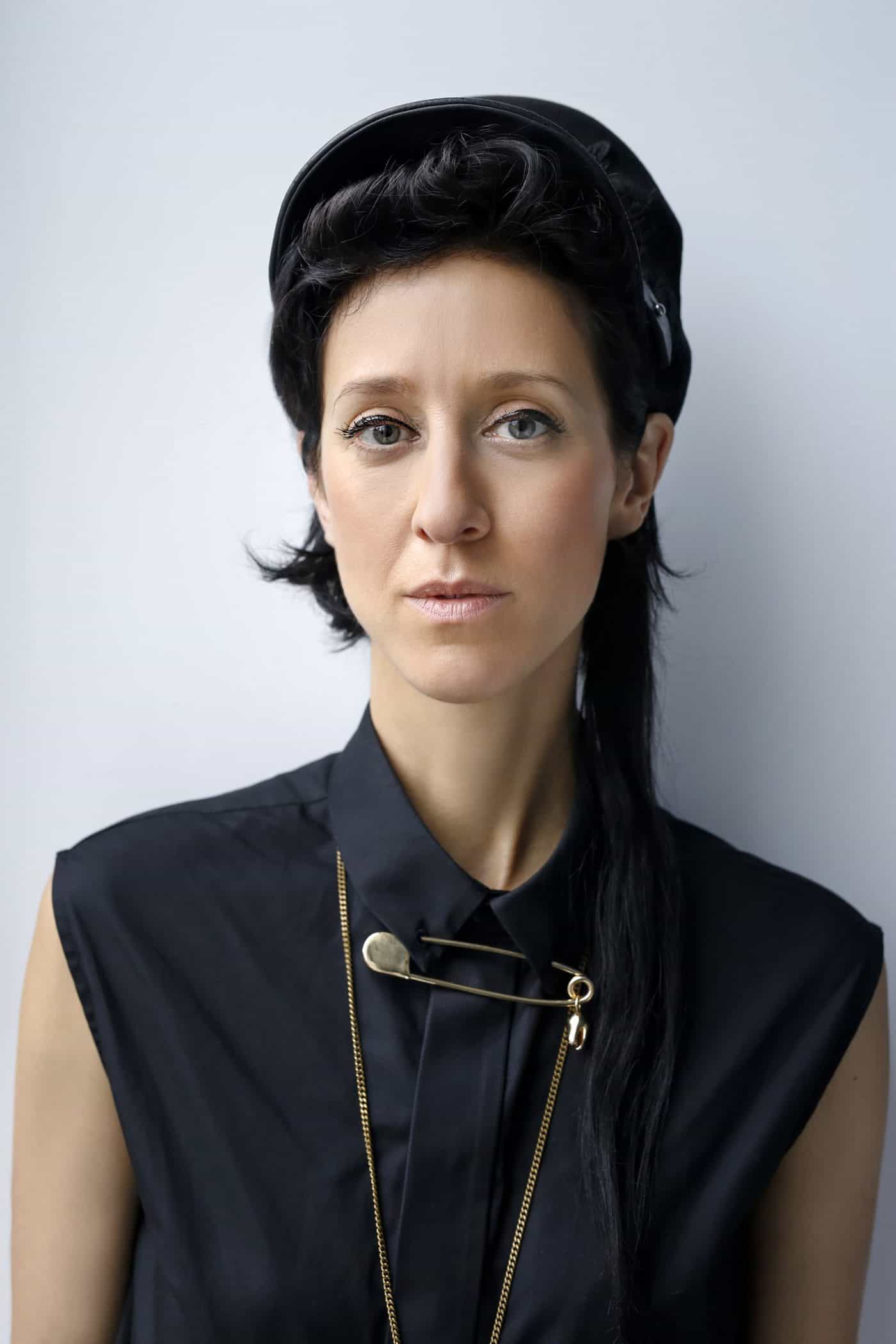 The first challenge seemed really stressful for you. Can you go into detail about the challenges?
I knew what I can do well and what I can’t do well. From the beginning I knew I could draw, but I can’t do patterns, I can’t sew. I learned a little bit but I haven’t been doing patterns or sewing for fifteen years. I was also really stressed to be obliged to do that again. I felt left behind in the first episode. I was running around. I’m a big perfectionist and I have this chance of a lifetime where I can show the world what my DNA is. This is based on a lot of details and complicated pattern making. I had to keep the balance of showing what my style is, but also making it easier for me to finish in time.

What were you unhappy about when you got the looks back from the seamstress? Were they sewn incorrectly?
They were sewn incorrectly. They were just not finished. She was closing some of the seams, but she didn’t understand the pattern. It is complicated. If you haven’t worked with something like this, you might not be able to understand. It was also in a different language. We didn’t talk to them. This didn’t work out. I knew I had to be prepared that it might not come back as I wanted. I knew I would have no time to make changes. I was prepared for that moment and that helped me a lot.

How did you come up with the other look so quickly?
Because of the time [constraints] I decided to make a more simple dress. If you are creative and your brain works, you come up with another idea. This is the fantastic thing about being creative and a fashion designer. You just have ideas. 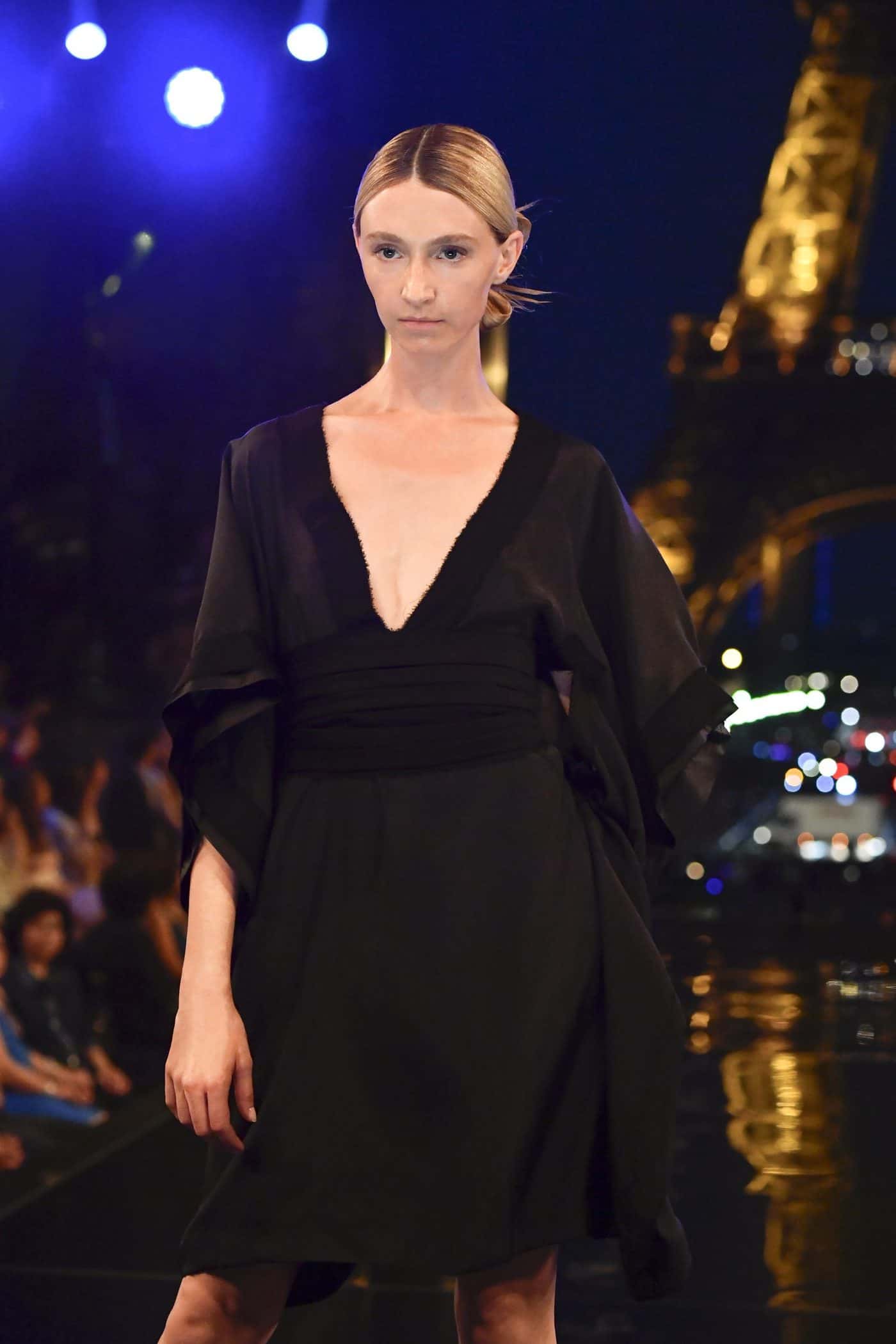 Are you someone who works well under pressure?
I guess so!

You seemed surprised to win the first competition.
I was surprised! In the trailer I said something like,  “It’ time to stop pulling myself back.” This is something very typical for Esther who seems very strong on the outside, but the inside looks different. I didn’t expect to win. I think maybe I needed the show to prove to myself that I can do it.

Let’s talk about the looks available on Amazon.
This is something new for me. Usually I produce my things and I control the quality. It’s like giving out an idea and idea and having it produced in a more commercial way. This is really interesting. I’m just discovering it. I think it’s an important moment for a designer for someone to take your idea and make it more accessible. I’ll buy one of these dresses! I want to see what the difference will be if a designer makes the dress in house I’m happy that this piece will be available for people who might not be able for afford my line. It’s what I wanted. I went on the show to rediscover and learn what I haven’t learned yet for my business. This is really amazing. 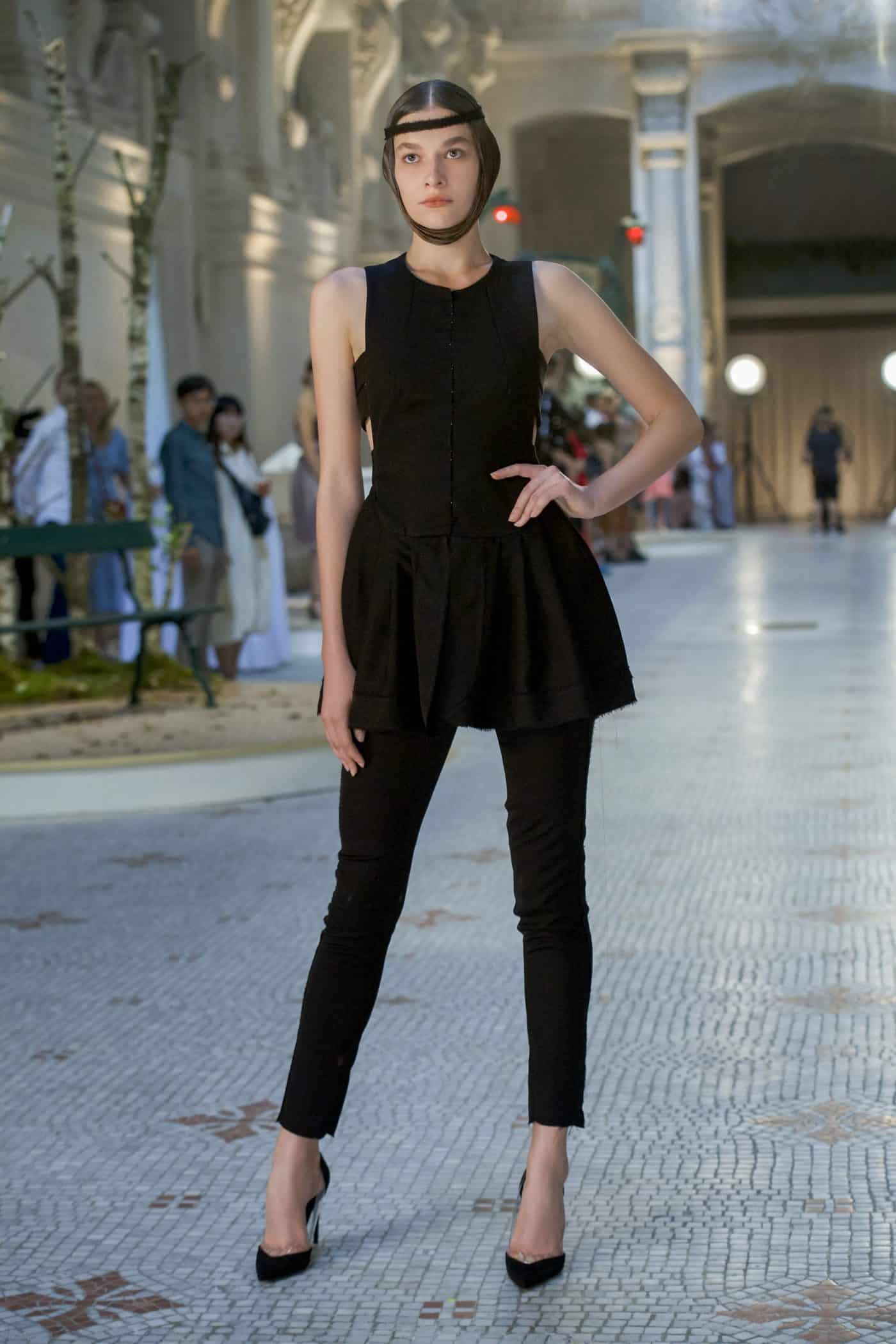 Why did you want to be on the show?
I didn’t see any publicity about the casting for the show. I received an email from the casting company and thought it wasn’t for me. I don’t step outside of my arty niche in Berlin. It took my a few days to say, “Why not?” This is the chance to show the world who I am, what I’m doing, and discover things I don’t know.

What was the experience like? Are you happy you did the show?
I am really, really happy that I did it. To be honest, it was a rollercoaster. I wasn’t sure if this was good for a brand for me or not. I know all the designers had the same concern. We are all established brands and it could be good for you or it could also not be good. You don’t know how it turns out. Now I’m super, super happy. I don’t know if I would do it a second time, but it was great. Getting to know all these other designers was fantastic and I learned so much for my business.

We’ve also heard you compared to Rick Owens.
I don’t know. I see myself in comparison to Ann Demeulemeester because she’s very structured.

In the first episode it was mentioned you love black.
I’ve been doing this for sixteen years. I took a long time to find my DNA in the beginning. When I started it was not all black, it was colorful. Over time I realized that black makes me feel really strong. I started to wear only black and then I decided this is where I am at home and what I want to offer to people. Black is empowering to me. I have a lot of customers who are architects, which is a gift to me. When I was younger, I wanted to either be a fashion designer or an architect. When people come back and really like my things, it’s such a great compliment.

What Went Wrong for Rinat Brodach on...