Making The Cut’s Joshua Scacheri Get Emotional About Viewers’ Response 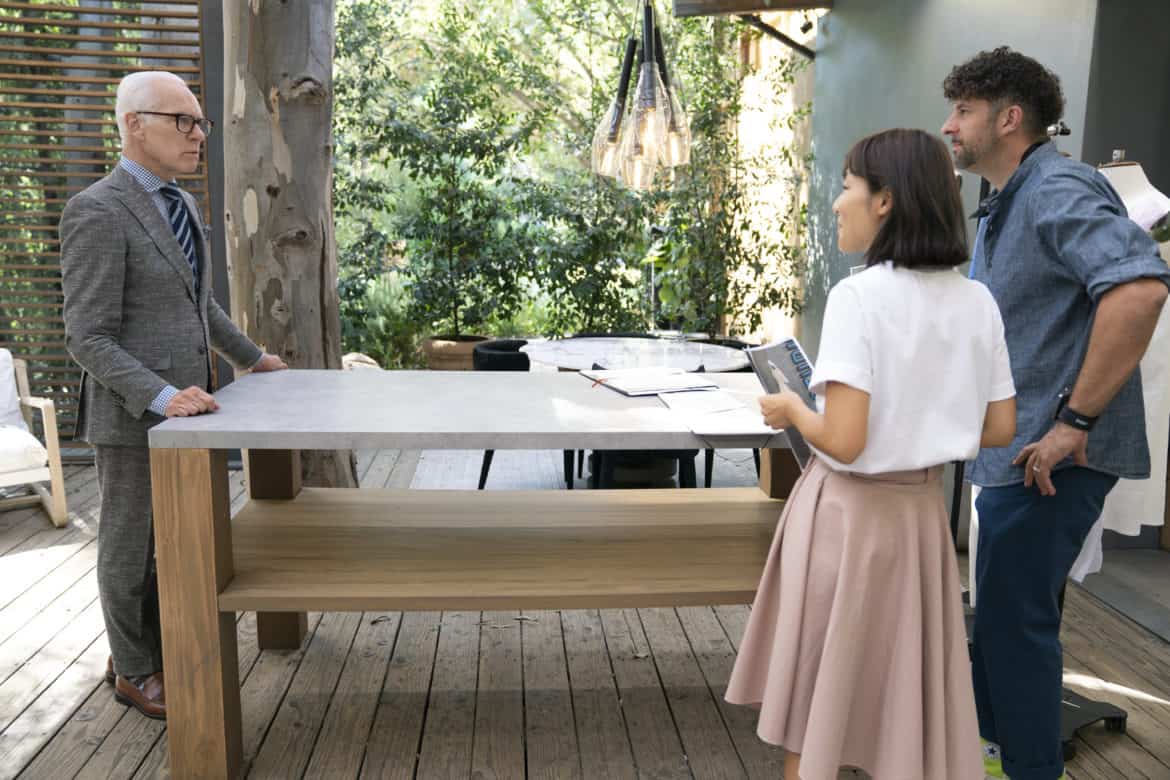 Making The Cut spoilers ahead! On the latest episodes of MTC, which dropped today on Amazon Prime, the competing designers were paired up to collaborate on the perfect wedding look. The winners were  Joshua Scacheri  and Lucie Brochard (catch our chat with her on Monday) who had judges Heidi Klum, Winnie Harlow, and Jeremy Scott swooning over their design. It was the second win for Schaceri—no biggie!—and we caught up with him again on Zoom this week to hear how he’s staying cool under pressure and why the response to his appearance on the show is making him emotional.

Congratulations again! Two wins. How did that feel?
Amazing. Really amazing. A double whammy? I don’t know if that’s what they say. But it’s great! You still need to be grounded, but we can celebrate a little bit. I’m looking forward to the next challenge.

Heidi was a little critical of your runway look. How do you handle that kind of criticism when you’re in the moment?
It’s a critique, isn’t it? It’s a fashion competition. People are going to judge what you do. Some people like your stuff, some might pick up on little details that could be improved. In the real world, you would make things better because you’ve got your facilities or your team to work with you. Sometimes people will like it, or they don’t like it. I think Heidi did like it; she just wanted to make a few comments and shine the light more on Lucie, which is fair enough. She’s an amazing designer, I love working with her. It’s all cool. We won at the end of the day. It showed the people that we connected our creativity, and we respected each other’s crafts. I think that was the important takeaway from that assignment.

I know you work with a team now with your own brand. Are you comfortable collaborating with others?
I’m pretty comfortable with it. I love collaborating with people. Our recent campaign shoot with LOVE HERO was with a creative team, and all the film directors were people that I’ve worked with in the past who are now friends. They all come together and we collaborate on the ideas. For me collaboration is really key for bringing in different types of energy into a collection or to something you’re doing. 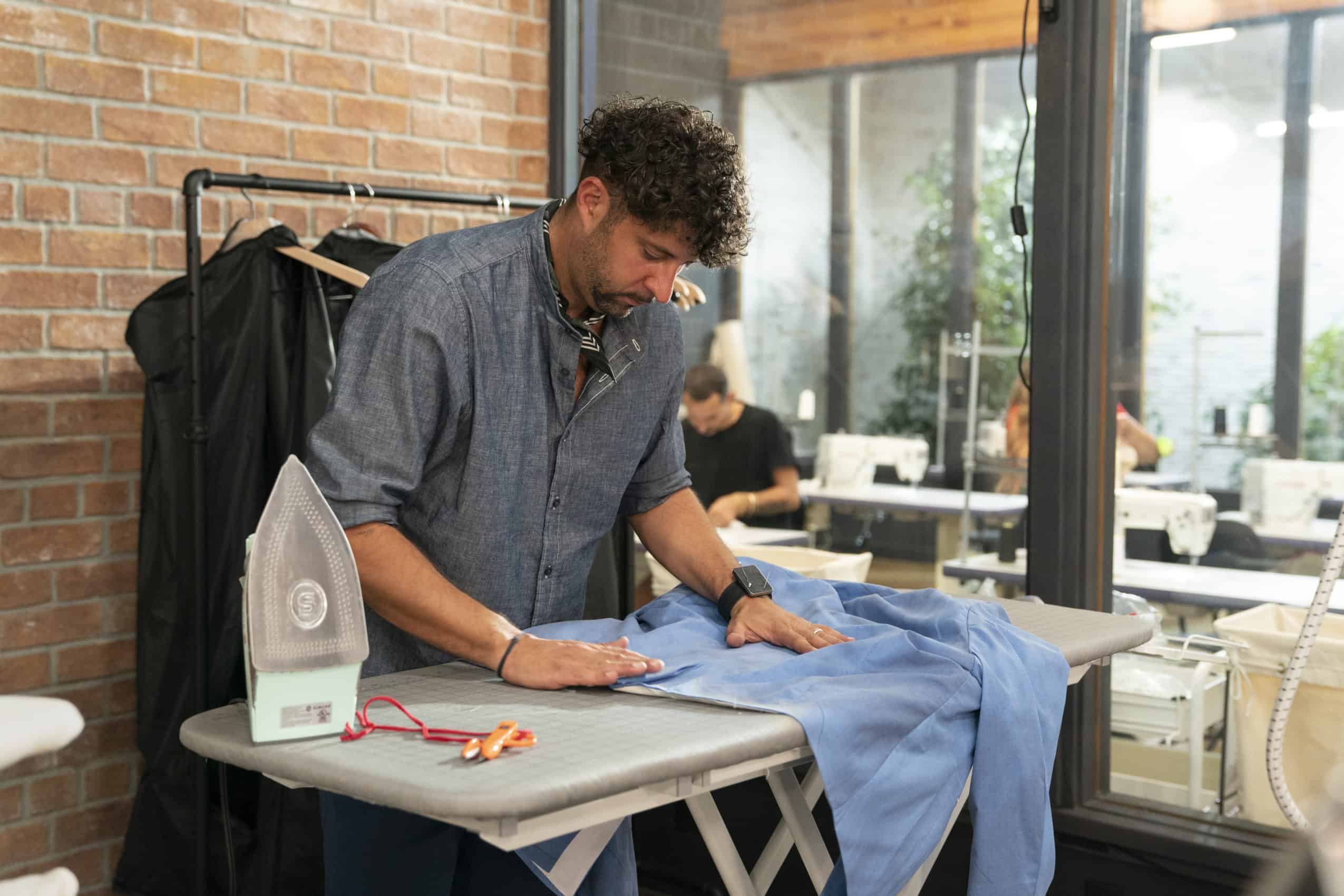 Where were you when the other designers looks were coming down the runway? Are you critical of your competitors?
We’re all backstage and there’s a TV screen. We don’t actually get to see the physical runway but then when we go up to speak to Tim, there’s a screen. Sometimes we could see the TV screen a little bit so sometimes we were trying to do a little cheeky look. I don’t think you’re not critiquing designers. You just go, ‘Okay. Is this good enough?’ Or are you better than them? There’s a motion going through your mind because you just want to make sure that you’re safe or if you’ve got a good chance of winning. There’s no negativity. We all have different aesthetics

The show hadn’t aired when we chatted last week. What kind of feedback have you gotten?
It’s been amazing. It’s just been so overwhelming with all the DMs and people following us. There’s messages [from] all around the world. People say, ‘You’ve inspired me, thank you so much.’ People of different genders who have bought the kimono from the outfit, it’s just amazing how versatile that look was! It’s been beautiful—I don’t know how to explain it. I’ve had attention before in my life and with my previous brand, but nothing like this on this level. To get messages from Brazil, Argentina and Australia…where I come from; it was quite emotional really.

How so?
I think as a designer you’re always protecting yourself. It’s a hard gig to do a brand. I’ve done it before, but it was a struggle. I knew that I needed to go work and get more experience. So moving to London, that’s where I got the experience. But I also saw the big luxury brands that work for this, it’s a struggle for them too. So when you get that sort of gratification from someone buying your clothes…not just buying them, but saying, ‘You helped me transform and gave me confidence.’ That’s what I take away, more than the monetized value of the transaction. That’s why I do it. Just to put smiles on people’s faces. When they wear my clothes and it makes them feel good, it’s an extension of their personality. If I can help them reinforce a personality, or make them come out of their shell, or make them feel complete in some way, that’s the beauty of a designer.  That’s why I do it. 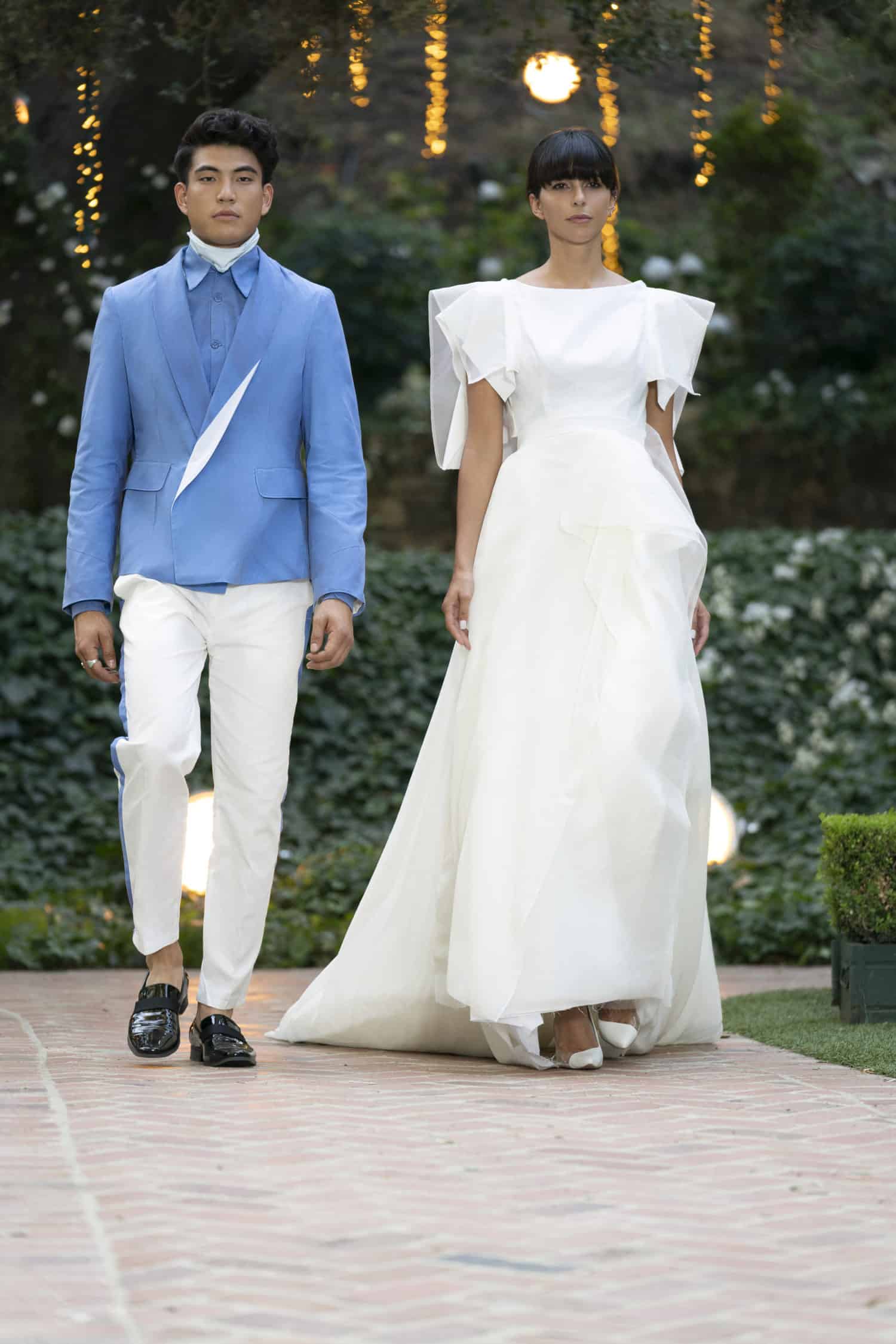 Were you comfortable watching yourself on screen? How did you feel about that?
Sometimes! When they do a profile shot of my profile, it’s like ‘Ah profile shot again!’ But yeah, I’m comfortable with it. I wish I was 10 years younger but what can you do? I’m glad TV didn’t put 10 pounds on me. I was working out during that time every morning, I used to go for a swim at 6 AM!

Did you get any data from your winning look that was sold on Amazon?
No, not yet. But I know it’s done extremely well.

You told me last week you were resetting your brand LOVE HERO a bit. Tell me a little bit more about what you mean by that.
When I was on the show, LOVE HERO didn’t exist. It was conceptualized and we had an idea of what we wanted to do aesthetic wise, but the foundations weren’t built yet. On the show, I was trying to create the initial looks that would represent the brand and where it was going. After the show, the direction was full on. We launched the brand on the same day that Making The Cut came out. Last night, we had a launch party here in London just to engage with our London family to show them what we’re about. The fact that it’s for everyone: young people, older people, different races, different genders, gender neutral.

Does this feel like a very exciting time in your life?
It’s super exciting, but also super scary because I’ve done this before. I was successful. But business is hard and especially in the pandemic, it’s tough being a designer out there. You have to do it properly, you have to do it with passion, you have to check all the boxes; from fabrication to traceability to sustainability. It’s not greenwashing. We’re doing everything we possibly can to reduce the impact on the environment with our clothing.

Inspiring Women: PR Guru Sara Larson Is Striking Out On Her Own, And She’s Bringing These Chic Brands With Her