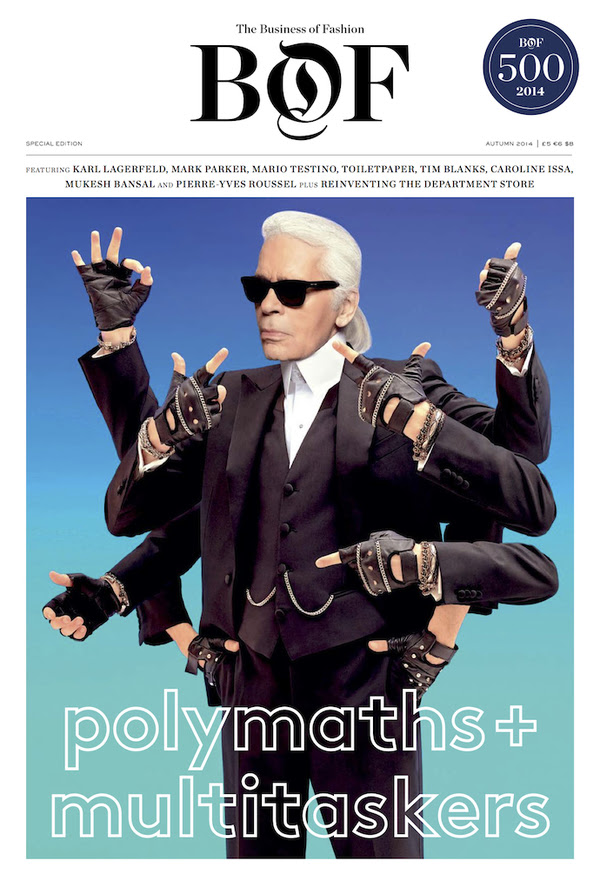 The Business of Fashion (BOF) put together their second annual #BOF500 list of the movers and shakers in the biz. This year they’ve added 105 new entries to the pot of industry insiders; the full list is comprised of notables from 40 countries, representing 55 nationalities. The list includes a lot of the usual suspects like Marc Jacobs, Tom Ford, and Anna Wintour mixed with executives such as Ahmad Al Sayed, Dover Street Market’s Adrian Joffe, and newbies such as Cosmopolitan.com editor Amy Odell and David Beckham. The list is organized into eight categories: designers, executives, creative class, media, models & muses, fashion 2.0, and catalysts. They’ve also added a new Hall of Fame category, for “those who have earned a permanent place on the most influential and authoritative list in the global fashion industry,” according to their press release. To coincide with the list, Business of Fashion launched a limited print edition issue, “Polymaths + Multitaskers”, with Karl Lagerfeld and a bunch of arms pointing in numerous directions on the cover. The print issue features the complete list; read it online at BusinessOfFashion.com.