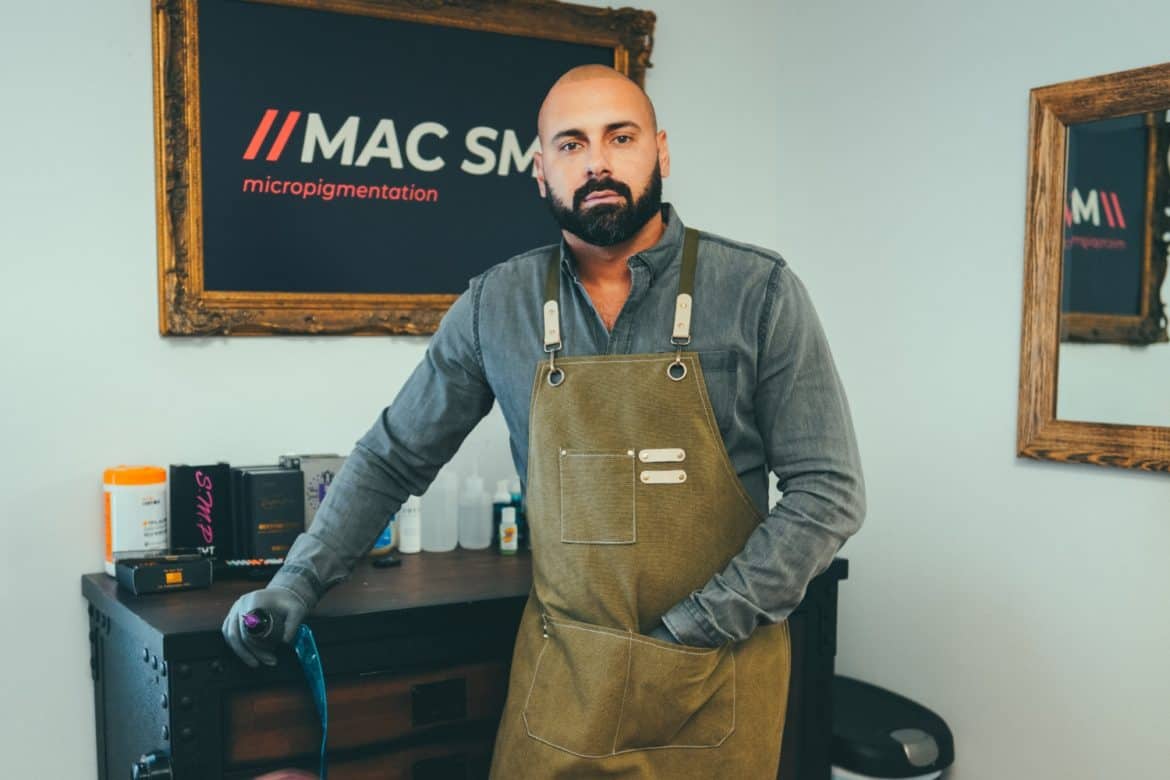 Scalp micropigmentation (SMP) is the up-and-coming treatment for hair loss; it&#39;s a non-invasive hair tattoo thats more effective and lasts longer than a hair transplant. SMP provides a natural and realistic look that nobody can tell when someone has had the procedure. It restores confidence by creating the illusion of a shaved head while improving the appearance of thinning hair, making hair look thicker and fuller, and helping to camouflage scalp scars. SMP is a highly safe process with few risks or side effects. The pigments are entirely non-toxic and hypoallergenic, and the needles are sterile and disposable. The results are immediate and will continue to improve over the weeks and months following the procedure as the pigment granules settle into the skin. However, a touch-up might be required every few years to maintain a perfect appearance. Rick Mac at MAC SMP, a White Plains, NY clinic, performs scalp micropigmentation at the highest level of excellence. He consistently creates life-changing results that are head above other solutions for hair loss. The results of SMP are semi-permanent, meaning they will last for several years before gradually fading. The procedure is not painful; most people report mild discomfort, but a local anesthetic can numb the treatment area if necessary.  Rick mastered scalp micropigmentation with great diligence and dedication. He spent an entire year doing extensive research. He then spent the following year meticulously practicing SMP on practice skins and friends, getting better each time before he was confident he could do it on a routine basis at a consistently professional level. Rick says it took hundreds of clients and tens of thousands of practice hours before he felt he had reached the level of proficiency his clients deserved. SMP is both an art and a science, and he stresses the importance of knowing his equipment in the same way a musician knows their instrument. Ricks instrument is the tattoo gun, and he knows it so well now that he can tell what voltage its set at just by feeling its vibrations in his hand. Rick likes where things are going with MAC SMP and has a vision for growing the business. He plans to open a more extensive shop, and with expansion on the horizon, he would like to find someone as motivated as he was to learn everything about scalp micropigmentation. Rick sees himself taking someone under his wing to get them to the point where they can take the business further than one person could. From there, he would be looking to franchise. Rick goal is to make quality SMP accessible to many people. He plans to teach a three-to-four- day course to train anyone interested in learning the procedure, and it would include everything one would need to know to take themselves to the highest proficiency level. He is also convinced that SMP would be an easy fit on top of several other professional services; for example, a barber could perform it as an additional service to customers suffering from hair loss.  If you looking for a solution to hair loss, you can connect directly with Rick by scheduling a Free Consultation on the MAC SMP website. Rick will walk you through the entire process, and you be under no obligation. Payment plans are also available.