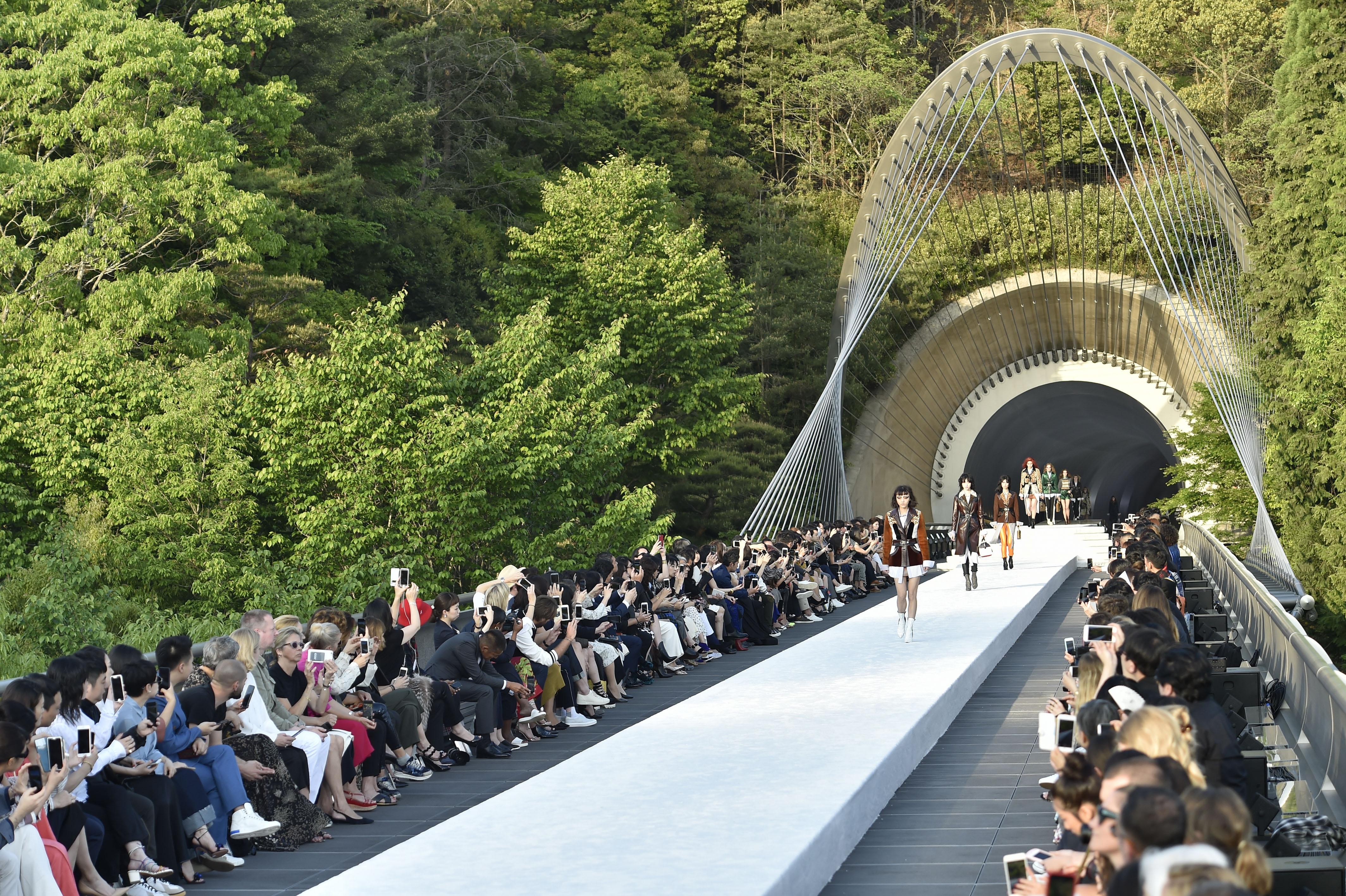 Now that the traditional runway show has become so accessible and resort collections so lucrative, the truly covetable tickets are those that give access to the far-flung resort shows of the industry’s top-tier houses. Just when you thought no one would top Dior’s runway on a remote mountaintop outside of Los Angeles in Calabasas complete with hot air balloons, Louis Vuitton’s stage sprung forth from a green valley an hour’s drive from Kyoto. The runway burst out of lush greenery through the Miho Museum’s bridge, a masterpiece by famed architect I.M. Pei. The futuristic tones lent perfectly to the fierce-faced women in Kabuki makeup wearing sharply tailored clothing (blazers looked like armor) in a mix of textures and prints.

Nicolas Ghesquière took inspiration from a ’70s-era Japanese action flick called Stray Cat Rock about a band of female hoodlums that rebel against a mob boss after he tries to lure them into the sex trade. Always a fan of the female warrior, Ghesquière drove home the idea this season with Samurai accents, leopard (meow!), camo prints, and plenty of leather. Some of the woven leather and sliced vest jackets and some beaded breast-plate tunics harkened back to some of Ghesquière’s most covetable pieces of his heyday. This felt like a reawakening of his genius, which was further enforced by the determination and beauty of Pei’s manmade structure set against the unaffected serenity of nature. Perhaps a jaunt to an exotic locale (a mountaintop or a Zen-like shrine, for instance) is just what designers need to reinvigorate in these fast times.