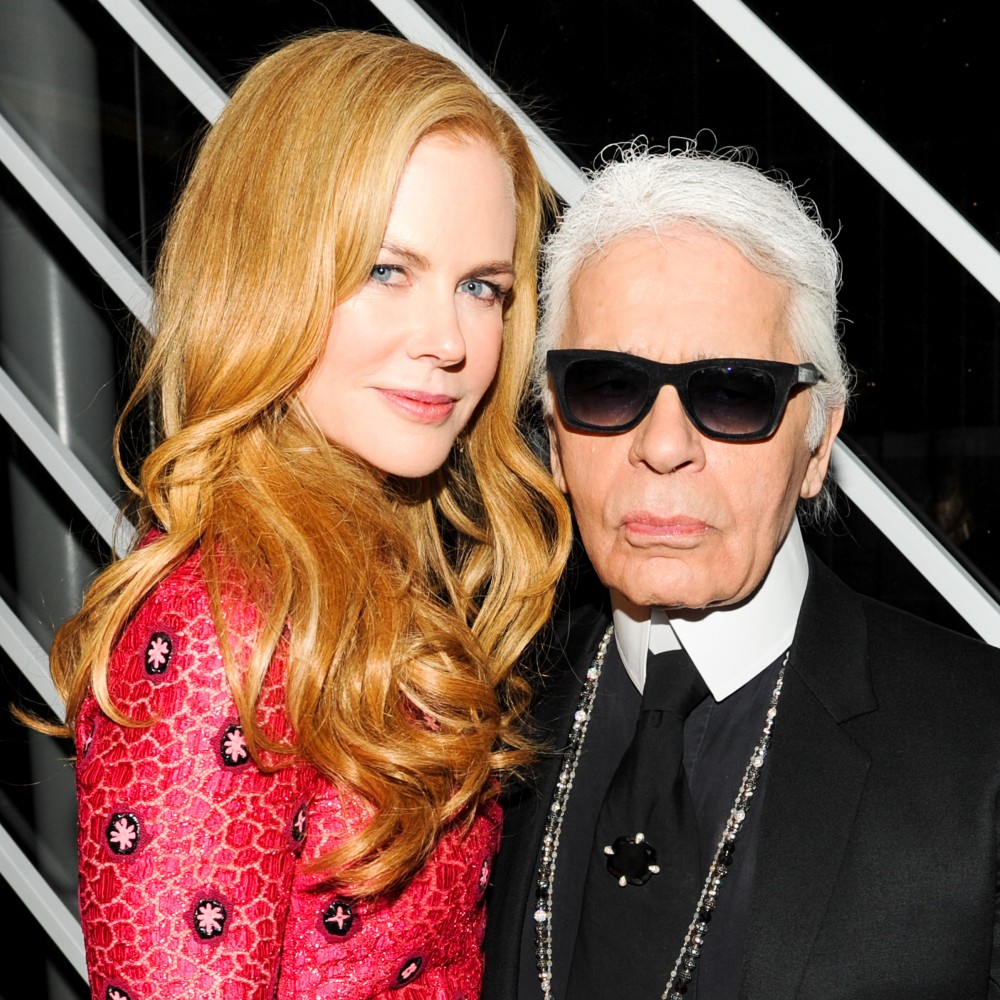 On Friday eve, Louis Vuitton fêted its six new collaborators: Karl Lagerfeld, Rei Kawakubo,Christian Louboutin, Cindy Sherman, Frank Gehry, and Marc Newson. Their contributions have ranged from Gehry’s recently-opened Louis Vuitton Foundation in Paris, to Christian Louboutin’s duo of red-accented bags, and even monogrammed boxing gear designed by Mr. Lagerfeld. Turns out, the Kaiser doesn’t even box! “Only with my tongue,” Lagerfeld told The Daily. “One day I saw a big punching ball, and I thought, why don’t we make a punching ball, but for the rich, in a beautiful setting? It’s a sport even women have started to practice now, more than ever.” One woman in Lagerfeld’s life who won’t be boxing anytime soon? Choupette. “No! Choupette does not box, but she likes the idea. She has her own white gloves. She would be a great client for this.” Other potential clients who came to the MoMA for the evening included Nicole Kidman avec husband Keith Urban, Ashley Olsen (who arrived arm in arm with Christian Louboutin), Sofia Coppola, and Miranda Kerr.

“You know, I am lucky,” Lagerfeld told us before settling in for dinner. “I nearly could do all my dreams, and realize what I wanted with the right people. So I’m not frustrated. If somebody has an idea and wants to do something, OK, but I don’t have a waiting list for frustrated visions.” The Daily asked fellow party guests what their dream Vuitton collaboration might be, and we got quite the array of ideas…

Catherine Deneuve: “I suppose a bag? A little petit bag.”

Ingrid Sischy, Vanity Fair: “I would probably do a paddle board. Or maybe a kayak. I would do all things water, which I love. I would end my all-things-water series with a great tooth brush case. ”

Miranda Kerr: “I would make a bag to put all my products in when I travel, because I have my own skincare line called KORA Organics. That would be perfect.”

Stephanie Seymour: “I think I would do something like what Cindy Sherman did. I love a beauty table, or a beauty case…or a lingerie case.”

Chiara Ferragni, The Blonde Salad: “I love backpacks, so I would do an amazing travel backpack.”

Liya Kebede: “I would do a shoe, like a really cool sneaker. Something flat!”

Keith Pollock, Interview: “I like the idea of Vuitton pairing with someone a bit earthy, or less polished. Maybe a little controversy. Imagine what someone like cartoon artist Robert Crumb could do?!”

Susie Bubble: “NASA. I would love to see Vuitton in space. It’s the next frontier!”