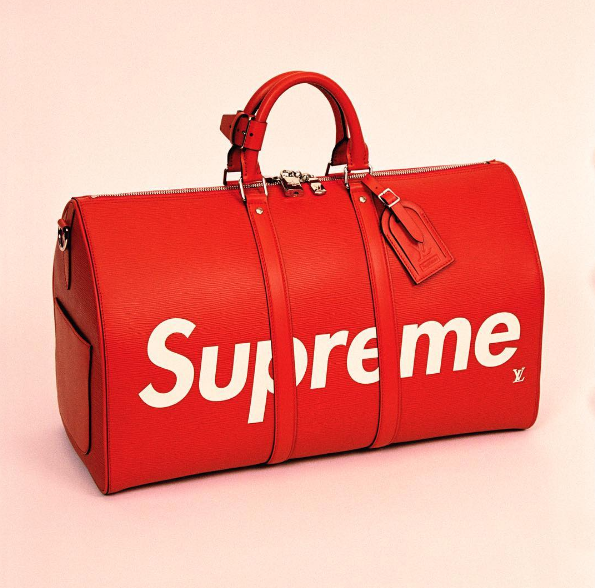 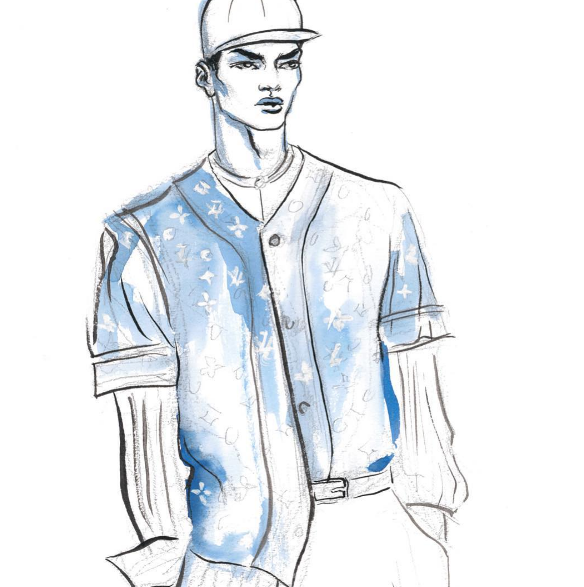 At a time when streetwear is hotter than ever, luxury brands are vying for a slice of Supreme’s devoted clientele. Anyone who has passed by a Supreme store when a new item is dropping knows just how deep the loyalty runs with obsessive fans. That’s why Louis Vuitton’s creative director of menswear, Kim Jones, has tapped the skate label to put its mark on Louis Vuitton’s luxury goods including denim, camouflage jackets, and three styles of handbags. Jones has long had his finger on the pulse of streetwear, having previously teamed up with sportswear brands like NikeLab and Umbro and worked on Kanye West’s label Pastelle, which was rumored to be poised for a comeback, according to reports in March 2016.

Ironically, Louis Vuitton’s lawyers sent a cease-and-desist letter to Supreme in 2000 after they used a print and colors that mimicked Louis Vuitton’s classic logo and color scheme on its skateboards. This time around, the brands created a legal version of the skateboard in red-and-white monogram with a bespoke trunk and matching toolkit…which will likely be an art piece in someone’s loft instead of hitting the streets.

Supreme has also collaborated with Aquascutum, Comme des Garçons, and Undercover. The collection with Louis Vuitton will launch July 17, likely to be available in yet to be disclosed temporary locations.