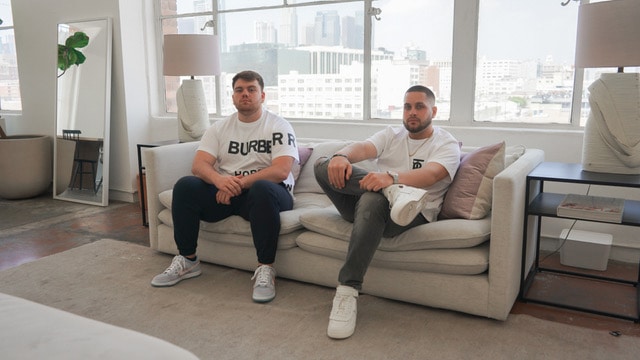 Los Angeles based serial entrepreneur, singer, songwriter, and record executive Christian Anderson, more famously known as Trust’N, has grown immensely from where he started many years ago. The 23-year-old creative embodies the story of a self made millionaire beginning his recording career in his parent’s basement. After finding success in 2019 with a charting EP release called ‘Lapse’, Anderson has managed to continue to ride the moment to this day. Also known online under the aliases “The Lost Boy” and “Trust,” Anderson’s career started underground and has surfaced into something much more impressive today. At the head of a multi-million dollar holdings company called Lost Boy Holdings LLC, Anderson, alongside his business partner Bryce Vander Sanden, have been changing the digital marketing and media spaces forever. After learning how to market his own music, Anderson began to help others grow their own careers as well. What was once a dorm room side hustle has paid off in full. Anderson and Vander Sanden began the Lost Boy brand while working on their studies at the University of Wisconsin – La Crosse, just 2 hours west of their home town Madison, Wisconsin. Roommates at the time, the duo made their first LLC with the help of the small business center at their University.

Back then, the company ran through Lost Boy Entertainment LLC, the holding company’s media & entertainment branch, which has become the bread and butter of the Lost Boy umbrella. “I remember showing up to our first meeting with Bryce and just going over everything to get our paperwork in order. We started making a good amount of money, so we knew we needed to do that. We met with someone at our school, and they helped us get everything situated. That’s also when Bryce truly committed, I think,” explained Anderson. The commitment to build their business has gone beyond the walls of their dorm room. During his senior year of college, Anderson decided to drop out of school and focus on building his growing business. “I got a really big wire and decided it was time to focus on my business. I just couldn’t bring myself to sit and listen to class or do homework. My mind just wanted to focus on building my company, it was exciting,” recalled Anderson. While Vander Sanden decided to stay and finish up a double major in Finance and Accounting while copiloting the startup, Anderson’s decision to leave school has more than paid off.  Utilizing a vast network through social media, Anderson and Vander Sanden have been able to build a powerful brand known across the online space. Lost Boy Entertainment has been decorated for working with industry leading brands, including Google, Kool-Aid, Target, and Procter & Gamble, among others, while also retaining top celebrity talents such as Snoop Dogg, The Migos, and Tory Lanez. The firm has become a cornerstone for the brand building and careers of many different companies and individuals over time. Their Instagram page @lboyent is flooded with examples of their high level work with important brands and individuals alike. Over the past few years, media has become more decentralized, and the Lost Boys are a big reason why. “I’ve been told by many people that I was actually the first one to just offer a price sheet to my customers for media and social media services,” explained Lost Boy Holdings LLC Co-Founders Bryce Vander Sanden (left) & Christian Anderson (Trust’N) (right)Anderson. “We were in the public relations and marketing game early before many people had those services,” Anderson went on to add. Just over two years since its initial inception, Lost Boy Entertainment recently announced passing the 2 million dollar revenue mark, also publicly offering up data on their $500K quarter one start to 2022. The company has serviced over 5,000 clients to date, and those numbers continue to grow daily. Rolling Stone has touted lost Boy Entertainment as an “industry leading” public relations and digital marketing firm, further confirming the importance of their work being done every day. Aside from the Lost Boy’s stain in the entrainment space, Lost Boy Holdings LLC also focuses on the Real Estate, E-commerce, Music, and Fashion industries. The holdings company manages Lost Boy Records LLC (Record Label), Lost Boy Logistics LLC (E-com & Real Estate), and Lost Boy Clothing LLC (Merch & Fashion), among other small startups Anderson and Vander Sanden are working on. And now that we’ve given you some background, we can move on to the main story surrounding the company right now.  To commemorate the journey all the members of the Lost Boy group have gone on together, Chairman of Lost Boy Holdings LLC Christian Anderson (Trust’N) designed a set of very unique rings. The announcement was made via the Lost Boy Holdings LLC Instagram page in a post sharing the concept behind the rings.

“We’ve decided to give thanks to and unite the people who have helped us grow into the company we are today by sending each important person an exclusive, member only Lost Boy ring,” explained Anderson. Designed & handcrafted in Antalya, Turkey, by Antalya2020, the rings feature an engraved Lost Boy character on the top and beautiful, hand drawn plant designs on each side of the ring. “Our company was built because we all chose to go against all odds to start something on our own,” explained Anderson. 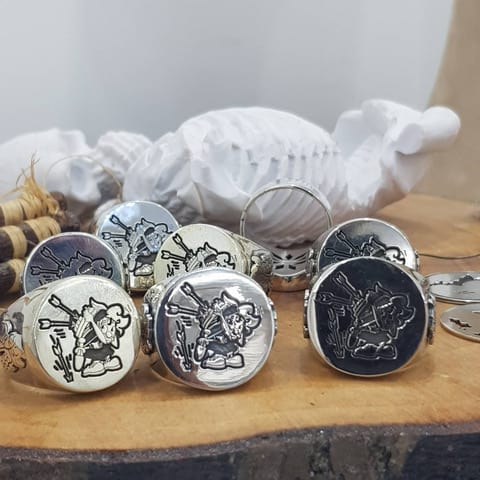 The Lost Boy’s motto ‘Lost Forever’ is engraved on the lower band on the inside of the ring. Anderson says the words serve as a reminder to stay the course. “It’s a reminder of what we live out every day, which is to be unique and different while not compromising our passions, dreams, and beliefs for any reason. When others called us “Lost,” we knew we were on the right track,” explained Anderson. While each handmade ring isn’t entirely the same but represents an unbreakable bond between each Lost Boy that wears one and is meant to separate out any doubt of who is truly a part of the movement. 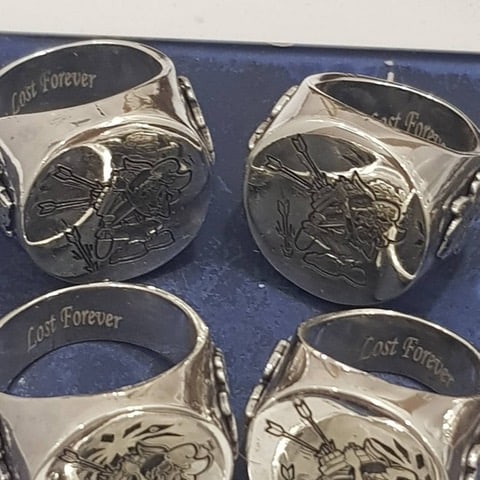 “Lost Forever”, the Lost Boy’s motto engraved on the inside of the handmade rings

Anderson says he’s made 11 rings so far but could be handing out as many as 15 before stopping the production of the rings. “There are still some people who I’m waiting on ring sizes from. You know dudes don’t really know what our ring sizes are haha. I didn’t until I made these,” said Anderson. The rings are another mark of something exciting that the Lost Boys have put together recently. Next, Anderson (Trust’N) plans to make his return as a musician alongside fellow Madison, Wisconsin born artist Bkwds. The duo’s last release ‘Lapse’ went viral, charting in the top 15 of the Apple Music charts back in 2019. Trust’N & Bkwds have been working on an EP titled ‘Neverland’ for some time and have been teasing the songs across their social media, hinting at a July release date later this summer. The artist says he’s more than ready to drop music after being dormant for almost two years. “I’m really excited about this one. We have a lot of great people working with us on the release, and I’ve never been prouder of a body of work. Both Bkwds and I spent a lot of time on these songs, and we are excited for everyone to hear them,” added Anderson. Trust’N (Anderson) says the album will cover everything from being wealthy while young to heartbreak and living a rockstar lifestyle on a daily basis. For more info on the Lost Boys and Lost Boy Holdings LLC, you can visit the company’s official website below: www.lostboyholdings.com

Who Is The Kimbino? Catching Up With Social Media Fashion Historian Kim Russell