Look Of The Daily: Olivia Wilde in Stella McCartney

Olivia Wilde had another fashion win last night at the Cinema Society and Revlon screening of her new flick, Third Person in Manhattan. The actress wore a striped Stella McCartney green and black dress (with a touch of yellow, if you look closely) hot off the press from the designer’s recent 2015 Resort collection which she showed at Elizabeth Street Garden earlier this month. Her heels were courtesy of designer Jerome C. Rousseau. Wilde’s premiere brought out Topher Grace, Kenneth Cole, Ingrid Sischy and Sandra Brant, Ellen Von Unwerth, Nicole Miller, Lorraine Schwartz, and even Princess Alexandra of Greece, who partied it up after the screening at Jimmy at the James Hotel. Wilde recently told O magazine that her fiancé Jason Sudeikis is the shoe hoarder in the relationship, saying, “He’s a sneaker-head with about 200 pairs of Air Jordans. They make up an extraordinarily colorful wall in our apartment. Guests always expect me to have too many shoes!”  Director Paul Haggis’ Third Person, (which some are dubbing a masterpiece), hits screens on June 20th. 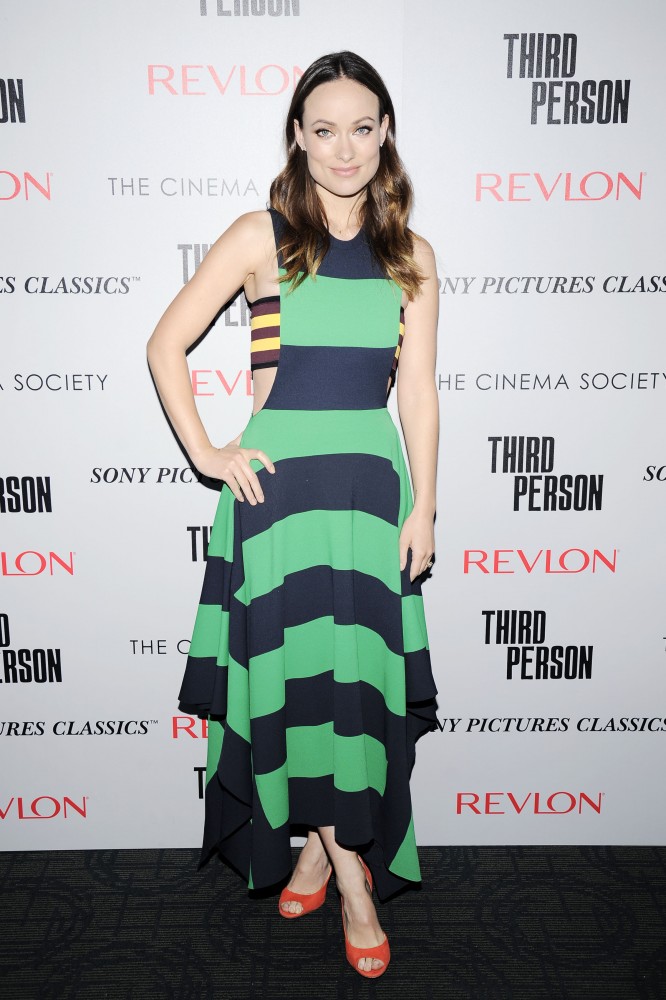