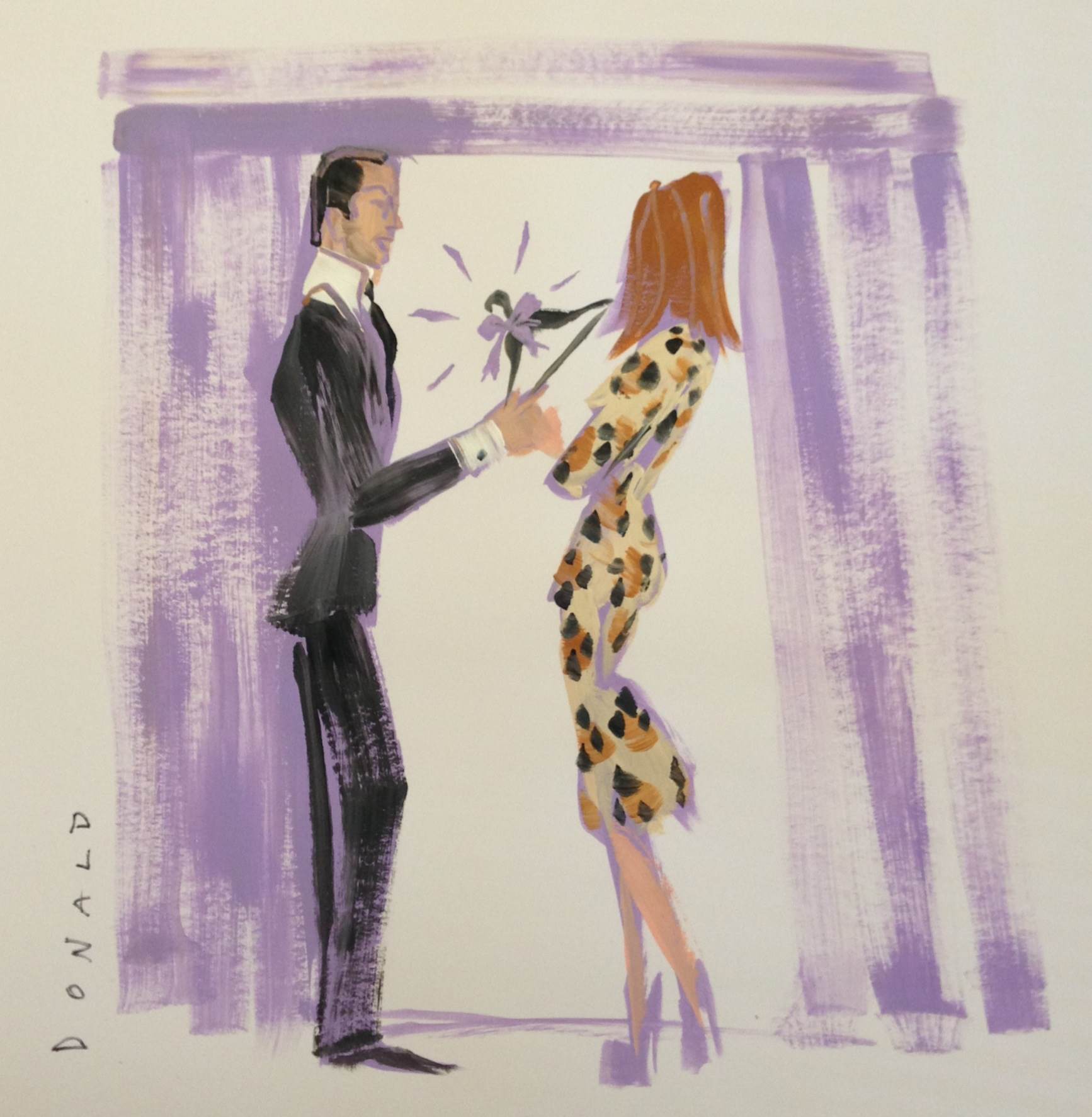 Want more Carine Roitfeld? (Who doesn’t?!) The iconic fashionette nabbed The Daily‘s Creative Of The Year accolade at our second annual Fashion Media Awards on Friday, presented by Tom Ford, who flew in just for la Roitfeld. If you haven’t read her in-depth chat with us, check it out HERE. Without further ado, a few truly touching words from Roitfeld’s (vast, impressive, and adoring) inner circle…

TOM FORD: “The most amazing thing about Carine—and there are many amazing things about Carine—is her ability to bring out the best in everyone she works with. If you look at a photographer’s work, for example, his best pictures will be the ones that he has taken with Carine. If you look at a designer’s work, their best shows will be the ones that Carine consulted on. Carine helps everyone that she works with become the best versions of themselves. She often will look at something that I’ve done and say ‘Tom, but this is not you,’ or ‘Tom, now this is you.’ Usually, she is absolutely right. She is also one of the most loyal people I have ever known. For me, that’s incredibly important, especially in an industry that is not always known for loyalty.”

KARL LAGERFELD: “Carine’s style can be called her very own personal style, but it is also called ‘fashion’! Working with gifted people makes one feel gifted too! That’s the power Carine brings to everyone she works with!”

LADY GAGA: “When I hear the name Carine Roitfeld I think classic, timeless, forever. This is at the center of every great artist. She understands iconography, and is responsible for the birthing and evolving of many icons.”

HEDI SLIMANE: “Carine has always been a charismatic Parisian, one of the most Parisian women I know, in every detail of her life. She has immaculate taste, and she is beyond unconventional in her thinking. She helped launch my career. As she did with many other designers of my generation, she was the first to support me in the press. Most of all, she has an innate ability to mix street culture and society, always avoiding the caricatures that can define both worlds and always recognizing the mix of both worlds as the only catalyst of energy and creativity. She is progressive and perfectly behaved and an inspiration for fashion designers. She plays by her own refreshing rules, not by the kindergarten politics that often govern the business.”

DELPHINE ARNAULT: “Carine has an amazing eye and a unique point of view. One does not often meet such a raw talent. Throughout her career she has always surprised and impressed me. And knowing her, there is more to come!”

DONALD “DRAWBERTSON” robertson: “Yes, Carine is chic, Carine is sexy and stylish, but the best thing about Carine is that she loves the character E.T. the Extra-Terrestrial. A French fashion icon loves a Steven Spielberg movie character—that’s the best thing. Phone home!”

J.W. ANDERSON: “Meeting Carine was a moment I will never forget. Fundamentally, she articulates sharp fashion imagery for the modern world.”

KIM KARDASHIAN: “It was an absolute honor to have the opportunity to work with Carine. Her work is iconic and continues to shape the fashion industry.”

MICHAEL AVEDON: “Working with Carine is truly extraordinary. She is a true dreamer who has given me great opportunities at a young age. She has nurtured my voice as a fashion photographer with her magazine, CR Fashion Book. I think my grandfather, Richard Avedon, would be very pleased that I’m working with the most iconic Parisian voice in fashion!”

KENNETH COLE: “Carine is compassionate and passionate about things she believes in. Through her dedicated and devoted
efforts, she has galvanized the fashion community around
amfAR’s agenda. Thanks to her support of amfAR’s Cannes event for the past 10 years, she has helped raise millions of dollars for AIDS research.”

LARA STONE: “Everything Carine creates is done with ease, kindness, and humor. She’s a genius! I adore working with her and love her inside and out.”

JOSEPH ALTUZARRA: “It’s not a coincidence that I have so many pictures of Carine on my mood board every season. She is the model for the Altuzarra woman. But the reason I love her extends way beyond her style; I love her because of her generous spirit, irreverent attitude, and nurturing friendship. Congratulations, Carine, on this wonderful and well-deserved award.”

BRUCE WEBER
What were your first impressions of Carine?
When I met her eight years ago in Cannes, I knew she was an original. She puts her own life into her shoots.

You shot her very first CR cover!
Her daughter, Julia, was about to have a baby; I thought, ‘Let’s have lots of babies.’ Kate Upton was introduced to Carine, they liked each other, and we shot Kate for CR. That’s Carine’s greatness: giving someone like Kate, who wasn’t the normal size of most models, the chance to be on the cover.

What does that say about Carine’s M.O.?
Carine believes that nothing is set in stone, and that’s the way fashion should be interpreted. She might think she’s doing a shoot with long dresses, and all of a sudden she’ll decide on the shoot to make everything overly short.

What’s your favorite Carine memory, ever?
One of the first times I worked with her at French Vogue, we couldn’t find a studio in Montauk. So we set up a studio at Rita’s Stable—friendly farm people, with goats, chickens, pigs, and ducks, and hay bales everywhere. My friend brought along a beautiful girl who worked at a strip club at night; an incredible dancer, with a great body. Carine immediately liked her. Ducks walked around; a pig had just given birth; and Carine turned to me and said, “I’ve never worked in a studio like this.” It was quite magical. We still laugh about that shoot.

What would you love to do with Carine one day?
We’d go on an unrushed trip, take a lot of walks, go swimming, then take pictures. A story on Carine, maybe! It’d be nice to do pictures of her.

Any fun Carine tidbits to share?
You’d have to be blind, deaf, and dumb not to know that she’s a really good flirt.

Inside The Daily’s Latest Issue: The Fashion Media Awards And Much More!