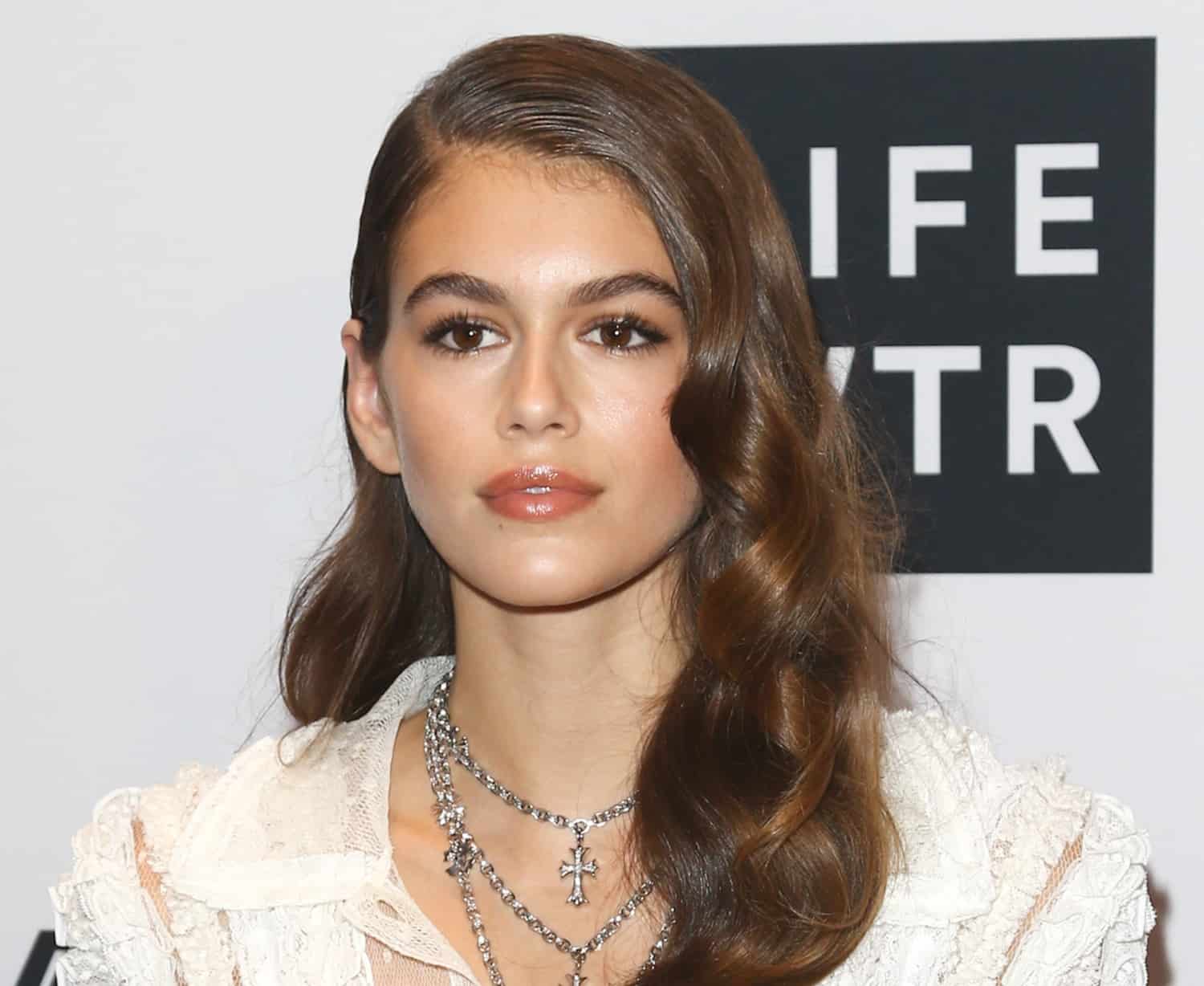 Ever wanted to know Kaia Gerber’s secrets to minimalist makeup and glowing skin? You’re in luck! The model and new Vogue covergirl just dropped her full routine for the magazine’s latest “Beauty Secrets” video. The 19-year-old supermodel shares all of her beauty and skincare favorites in the clip, including tips she’s learned from makeup artists and her supermodel mom, Cindy Crawford.

Gerber’s everyday (and evening) skincare  routine begins with Youth to the People’s Superfood cleanser, after tying her hair back with a Celine scrunchie, of course. The cleanser helps reduce acne, which Gerber says used to affect her confidence. “Especially because I was working, so not only did I have to go to school with a zit, but I had to go and do shows sometimes with bad skin,” she says, following up with Paula’s Choice liquid exfoliator applied with a cotton pad.

The model swears by massaging a few drops of niacinamide serum (her favorite is also by Paula’s Choice) into her skin to aid with her sensitive skin. During Fashion Month, heavy makeup would cause Gerber’s skin to break out easily, and she believes the serum has “saved” it since. “That kind of forced me to have a skincare routine that I could rely on, because a lot of the time you can’t control what’s going on your face,” she says. 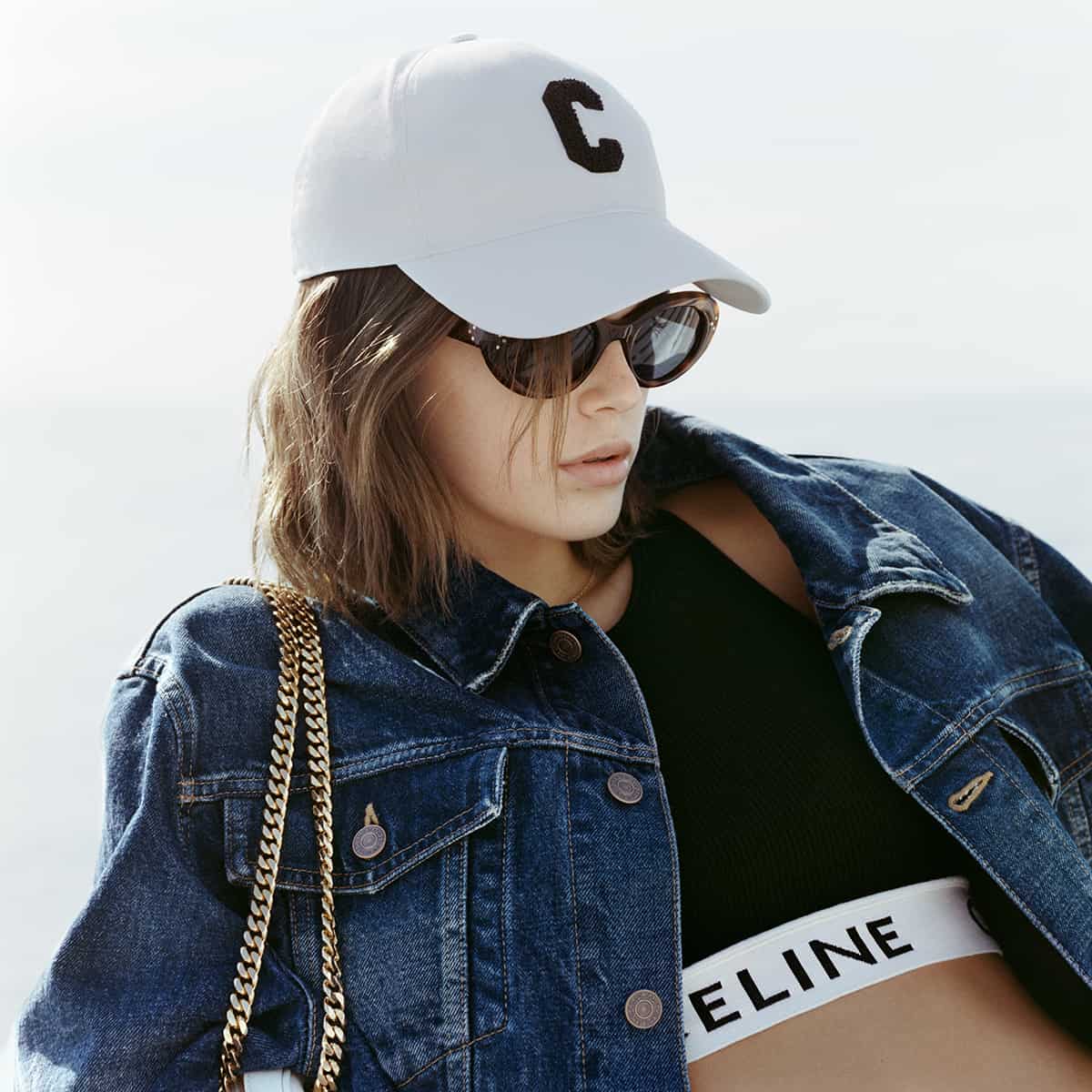 The model then massages an eye repair oil under her eyes, a trick she’s learned from Crawford’s own set of beauty rules. “My mom has always taken such good care of her skin, so I kind of picked up things from her. She’s always just been very conscious of what she’s putting on her skin, and one of the things she taught me is to handle your décolletage and don’t forget about your chest, especially with sunscreen,” Gerber says.

The model’s obsession with charging crystals (especially from activating them in moonlight) isn’t just for natural stones—she does them with face rollers, too, which she uses to relax. “My face wakes up three hours after me, so this is something that kind of helps get the blood flowing in the morning, and it’s just so fun. Of course I want a face massage in the morning. I’d have every face massage device, if I could,” Gerber says, rubbing a gua sha stone under her eyes and cheeks. Even her dad, Rande Gerber, has gotten into the trend! “I had so many different rollers and they all started going missing, and I found out that it was my dad who was stealing them!” she exclaims.

This is followed by a smaller face roller, which Gerber usually keeps in the fridge as a self-care treat. “Probably no one will know that I did this except for me, but those are sometimes the best little practices that we have,” she says, explaining that having a skincare routine helped her to feel more comfortable and safe while traveling the world as a top model. “No matter the day I had, no matter the work that I had, I know that I had this.” 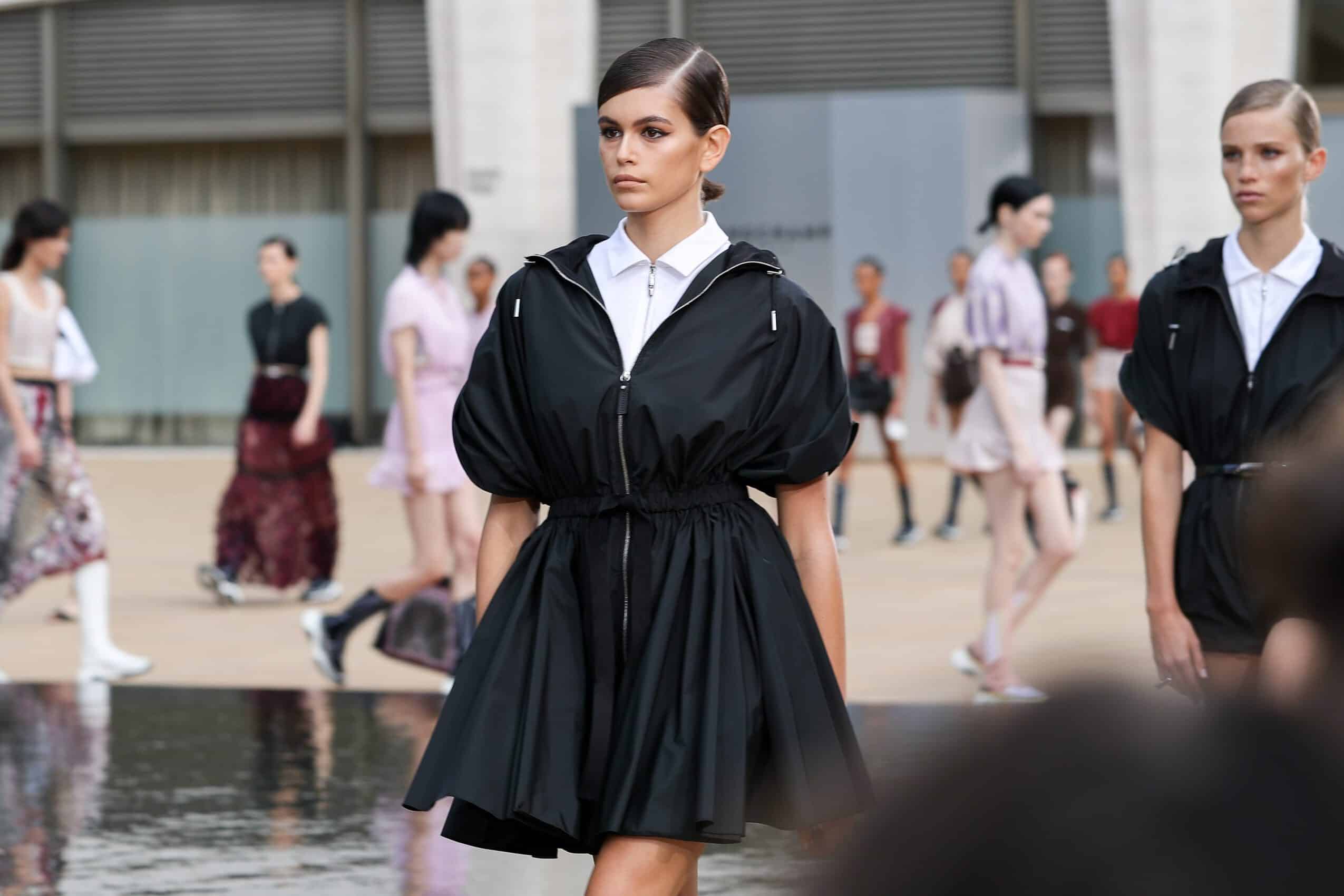 Final touches include Youth to the People moisturizer and Supergoop’s Unseen Sunscreen, followed by a dab of Laneige’s Lip Sleeping Mask. The last step before her key beauty look is a few spritzes of Caudalie’s Beauty Elixir face spray, which she learned from makeup artists who sprayed her with it at fashion shows.

If you didn’t know Gerber had a signature beauty look, you’re not alone: it’s because she prefers the “no makeup” look. Compared to her original beauty inspo, Green Day’s Billie Joe Armstrong—which led her to experiment with bold blue eyeshadow and black eyeliner in her high school years—the style is quite minimal. Gerber starts with YSL’s Touche Éclat foundation, followed by the brand’s Touche Éclat concealer—which she also dabs under her eyes, though she’s learned to embrace her genetic under-eye area. “I don’t like to cover them too much, ’cause like I do think they’re cool and they give you a Kurt Cobain-esque vibe. Even if you’ve had, like, 12 hours of sleep, you still look a little bit cool. Like, ‘Who knows what she did last night?'” Gerber says.

After brushing her eyebrows, Gerber moves to blush. Though she loves a creamy ’90s-esque blush, the model uses YSL’s Rouse Volupté Shine lipstick balm to add a sunburnt tint to her cheeks, nose, and the edges of her eyelids. After powder’s applied on her chin, forehead, and t-zone, Gerber adds some beige YSL eyeshadow and curls her lashes for an all-natural look. 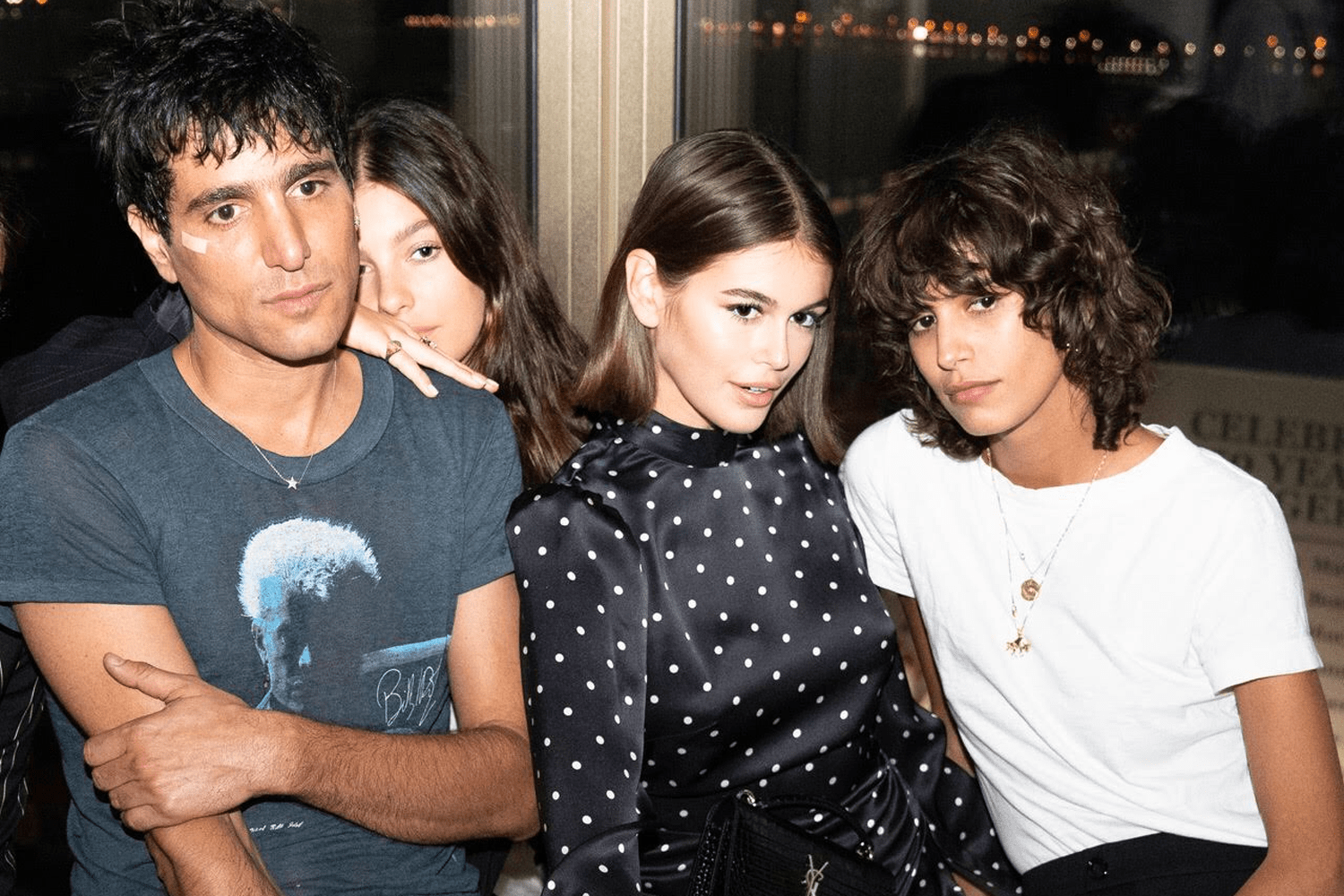 Gerber’s favorite beauty secret, however, are kisses from her puppies Layla and Milo. “This is my assistant makeup artist,” she says, bringing Layla up to the camera. “She’s sleeping on the job. Puppy kisses are a really good product for your skin.”

The model’s less-is-more appearance continues with faint YSL mascara and YSL eyeliner, which are blended out on their edges. The brand’s cream highlighter is layered over her blush, added to the bridge of her nose, Cupid’s bow, and her brow bone. “I just follow anywhere that the light hits,” she says. Her face is complete with a few strokes of her blush lipstick, which she lightly blends, so it appears as a lip stain.

Finishing touches include sprays of Sacha Juan’s leave-in conditioner into her hair’s ends, teased with her hands for some windswept volume, and a few spritzes of Marc Jacob’s Daisy perfume (which she was named the face of last year).

You can check out Gerber’s “Beauty Secrets” video below for more effortless makeup tips!

Christian Siriano Gets Back Into Bridal With Joyous, Size-Inclusive New Offering