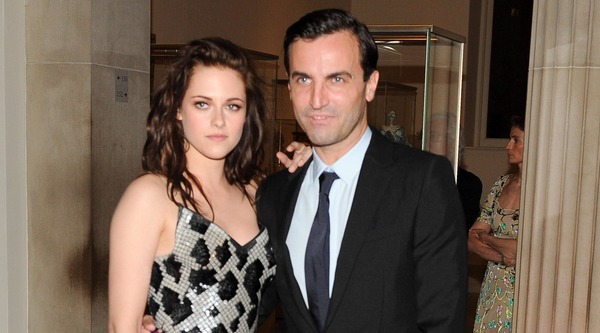 (NEW YORK) Kristen Stewart’s Love Affair With Nicolas Ghesquière [Marie Claire]
In her March issue cover feature Stewart professes, “If I have to walk red carpets, if I have to be in fashion…” She exhales. “Then I want to be with him.”

David Bowie Interviews Lee Alexander McQueen [Dazed]
For a 1995 Dazed issue, the two British icons sat down for an insightful, revealing, and unforgettable phone conversation republished today in remembrance of one of the greatest designers of our time.

Victoria Beckham Dreams of Designing Shoes [Fashionista]
Famous for her own footwear choices, Beckham reveals at a Parson The New School symposium that she would like to design shoes and even menswear.

Inside Rosie Huntington-Whiteley’s Wardrobe [The Coveteur]
It’s only fitting that this angel’s closet is like a slice of heaven.

Fashion Week Versus Fashion Week [NYT]
As more and more designers chose off-site venues for their NYFW showings and MADE Fashion Week at Milk Studios, now in it’s fifth year, continues to grow, independent designers are sticking it to the IMG man.