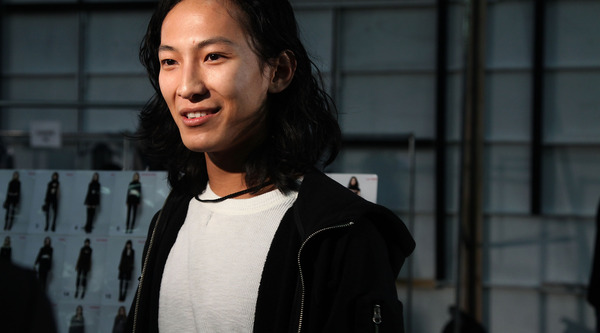 (NEW YORK) Alexander Wang Reveals First Handbag Line Under Balenciaga Label [Grazia]
The satchels and clutches are just as covetable as the bags under his eponymous label, albeit slightly more structured.

Hilary Clinton Slated To Receive First Ever Michael Kors Award [Vogue UK]
The former first lady is being honored for her community service by the iconic designer.

Spotted! New Yorkers Sans Shirts During A Heat Wave [New York Times]
In desperate times, and hot temps, the male citizens of New York abide by their own dress code.

Introducing L’Agent, A Diffusion Line From Agent Provocateur [Telegraph]
This lacy collection is the first in a five year partnership, as designed by sister duo Penelope and Monica Cruz.

Move Over Michelle Williams, There’s Another Louis Vuitton Girl In Town [Elle]
Irish newscaster Angela Scanlon has been tapped by the brand as the face of their online campaign.