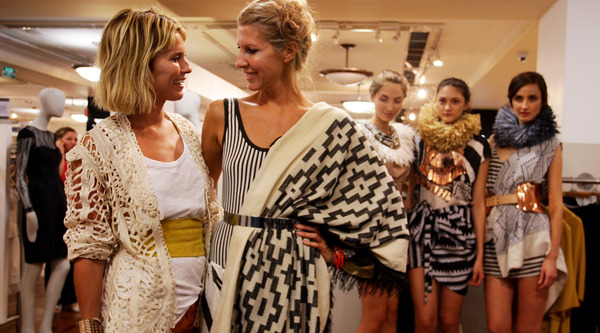 China Machado Might Be 83, But Girl Can Still Model [Vogue UK]
The former Richard Avedon muse has been tapped to join in the latest Cole Haan ad campaign.

Take It From Penny Lovell, Hollywood Power Stylist, For Tips On How To Be The Best Dressed [Harper’s Bazaar]
If she can include Emma Watson and Keira Knightley as red carpet clients, she’s certainly good at what she does.

Pharrell Steps Up As Hip Hops Rep In The Fashion Industry [Grazia]
The Grammy award winning performer has designed a range of Lunette sunglasses for Moncler.

The Queen Of Lipstick Debunks The Myths And Tall Tales Of The Beauty Industry [Telegraph]
Poppy King, who is also the owner of the label Lipstick Queen, has some qualms with the big boys in charge.

Chic Mystery! Who's On The Cover Of Harper's Bazaar Brazil?