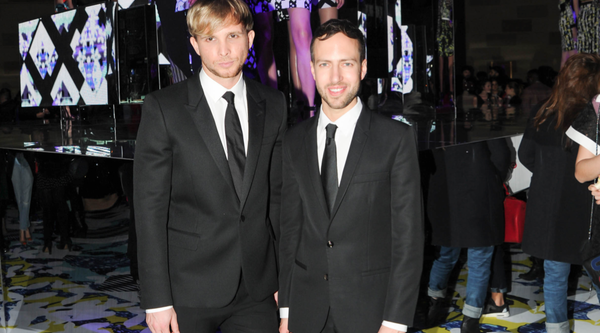 (NEW YORK) Heading To The Source Of Peter Pilotto’s Wild Prints: His Studio [Refinery29]
Both Peter and Christopher De Vos live next to their colorful work digs.

The Art Of Elysium Non-Profit Names An Award After L’Wren Scott [Vogue UK]
The award recipients will spend time helping hospitalized children and will create a capsule collection to benefit the charity.

In Further Karl Lagerfeld News, He And Coco Chanel Have Made It Into An Opera [Style]
Director Robert Carsen has adapted two characters in the opera Platée to reflect the two icons.

Daria Werbowy Isn’t Like All Those Other Supermodels [i-D]
She’s sailed the Atlantic, was snapped by Helmut Newton before his death, and hails from Canada.

Who the Hell Is Joey Bateman?