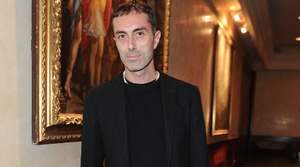 (NEW YORK) Giambattista Valli Prepares For The Release Of His Upcoming Retrospective [Vogue UK]
He enlists the likes of Diane Kruger, Franca Sozzani and Maria Silvia Venturini Fendi to contribute.

ASOS Is Amping Up Their Online Sopping Experience With An In-House Band [The Gloss]
Each time you log onto their site during the next two months, a song from Man Like Me will greet you.

Chloe Moretz’s Style Evolution Through The Years [Lucky]
Starting out as an adorable child star, she’s grown into her style.