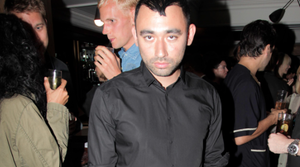 Jennifer Aniston Talks Hair And Beauty, On And Off The Red Carpet [Vogue]
Her new big chop was done just for her, not for a movie role.

Diane von Furstenberg Joins The Rank Of Designers Inspired By Cats [The Cut]
She has collaborated on a collection created with Harley Viera-Newton‘s feline, Marmite, in mind.

H&M’s Holiday Ads Prove That Christy Turlington Hasn’t Lost Her Shine [Huffington Post]
Twenty years after starting her career, this seasoned model is just as good, if not better, than the newbies.

With The Release Of Alexander McQueen: Working Process, Images Of The Designer In His Studio Emerge [T Magazine]
Photographer Nick Waplington documents the designers last collection from the studio to the runway.