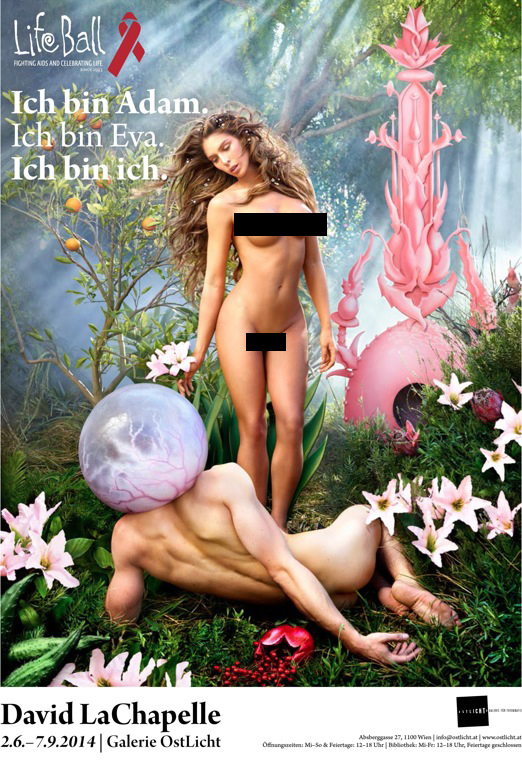 In just a few weeks all the cool kids will be hopping on a plane to Vienna for Life Ball 2014 in the Austrian capital’s City Hall Square for their “The Garden of Earthly Delights” themed event. The organization has released their official poster for the AIDS fundraiser starring RuPaul’s Drag Race alum and trans model Carmen Carrera, who appears naked on the poster. One version shows the mod with female genitalia, while the other version features male genitalia. The posters were done by David LaChapelle, who will be making a splash in Austria this summer with an exhibition opening up in June. He’s also creating a one-of-a-kind Audi to be auctioned at the event. To see the NSFW version of his poster, click HERE.