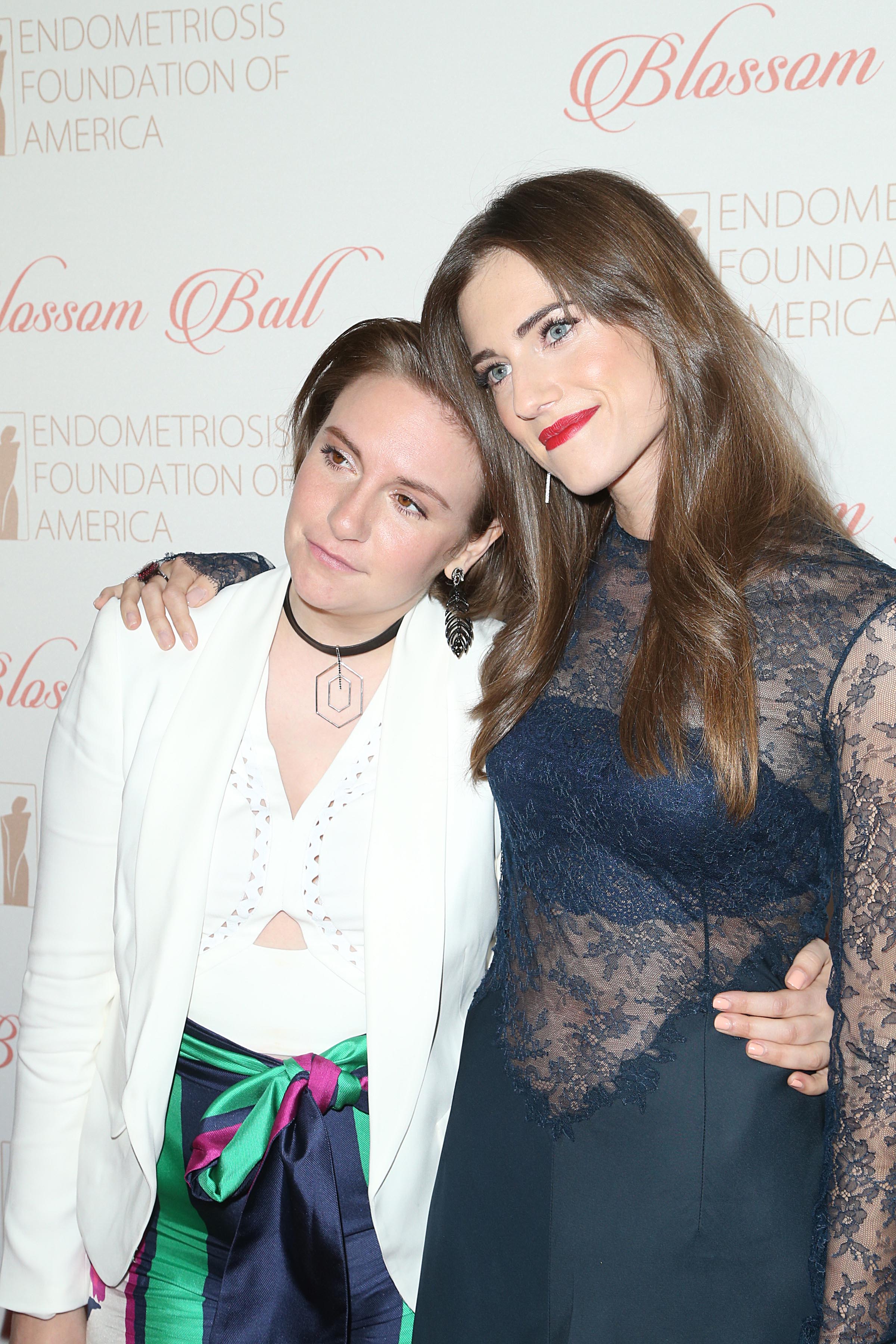 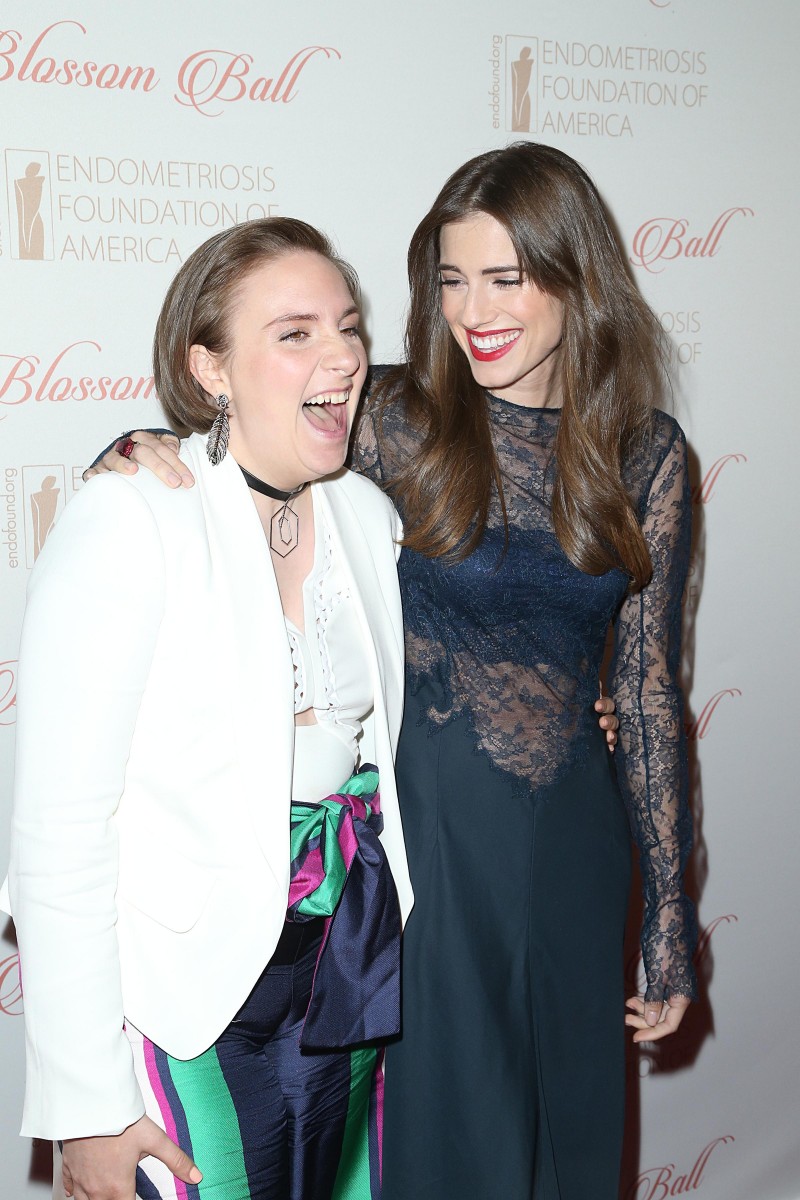 Last night at Pier Sixty in NYC, Padma Lakshmi hosted the 8th annual Blossom Ball, this year honoring Susan Sarandon and Lena Dunham for their support of the Endometriosis Foundation of America. The room was filled with some serious sisterhood vibes, as friends like Sarandon and Lakshmi, and Allison Williams and Dunham had come out to support each other.

Lakshmi met Sarandon in a movie theater, when she candidly asked her about her struggle with endometriosis, a fertility-related disease that affects one in 10 women. “She didn’t know who I was and she just listened to me,” she said. “Over the years she has become a dear friend, a mentor, a haven. She is a magical godmother to Krishna. And when I lost my partner to cancer it was her arms that comforted me as well.”

Sarandon swept the stage to accept her Blossom Award—“I don’t know what it is, but I’m really happy about it!”—and called out the stigma surrounding the disease. “For some reason there was also a lot of shame about it, like if something goes wrong with that part of you that’s female, then you must be less female or something,” she said. The lovefest continued: “You don’t get a chance to tell your friends that often how much they mean to you, and it was worth making the trip just to hear this. And if you love your friends, you should tell them right now.” 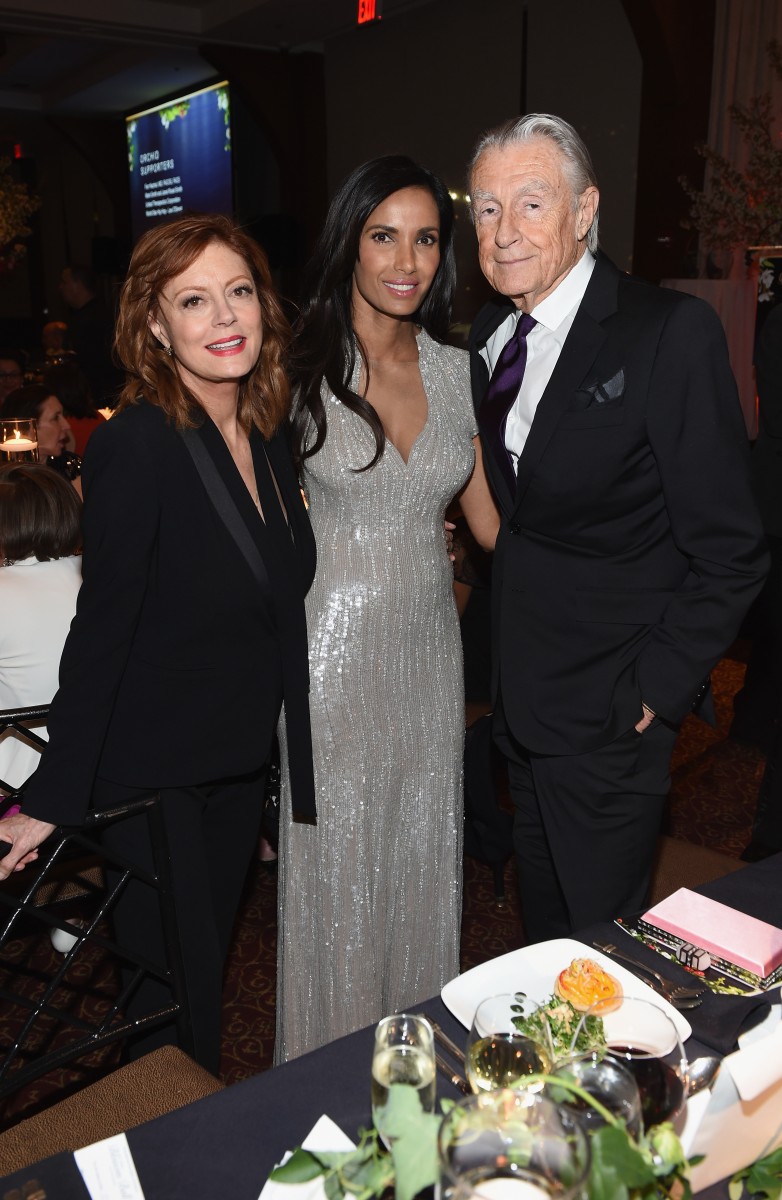 Williams, Dunham’s co-star in Girls and real-life pal, presented her with the second award of the evening, opening her 10-minute speech with a “screw you” letter to endometriosis (yes, really—“I thought it would be cathartic,” she said.) The mix of “aww” and “what?” continued. “I had the strange reaction, bear with me here, of almost empathizing with the endometrial tissue that was stubbornly refusing to leave her body,” she said. “I could relate to the desire to take up residence as close to her as possible, because as anyone who has come into contact with Lena will tell you, we never want to leave the glow of her presence.”

She ended the don’t-mess-with-Lena speech with, “whether you’re endometrial tissue or a misogynist reporter, you do not f*** with Lena and Jenny.” She quickly apologized for dropping the f-bomb at a gala.

Dunham accepted the award after a “weepfest,” leaving her table with her parents, artists Carroll Dunham and Laurie Simmons. “I’m really happy that you allowed me to direct you in pivotal emotional scenes while I was on large amounts of Percocet,” she said to Williams. “I feel sure that that was fun for you and that you really felt that the ship was being steered in a really great direction.”

Giving the requisite thank-you’s, Dunham-style—“I guess I would have probably preferred an award for, like, pole vaulting, or an Oscar or something”—she piggy-backed off Williams letter, giving a shout out to her “uterine tissue for growing in places where it shouldn’t” and her “fallopian tubes for their hard work” and thanked her ovaries—“you know I love you ovaries, even though you’ve acted, like, pretty bitchy and weird for the last 15 years.” The writer of the female-charged HBO hit series Girls is well-known for her outspoken takedown of “misogynists,” and this evening was so exception. “Medical research is really misogynistic. Endo affects about 10 percent of women, and last year the NIH only spent less than $10 million on research. I think we all know that’s because of the stigma that surrounds reproductive health in this country.”

The inherently funny Dunham announced her pledge before the auction ensued. “I’m not gonna, like, brag about how much, but it’s not, like, a small amount of money. So just be cool. Padma says it’s a lot and I’m not as rich as people think I am, so it’s a big sacrifice on my part, and I feel really good about it.” Many guests took her cue.