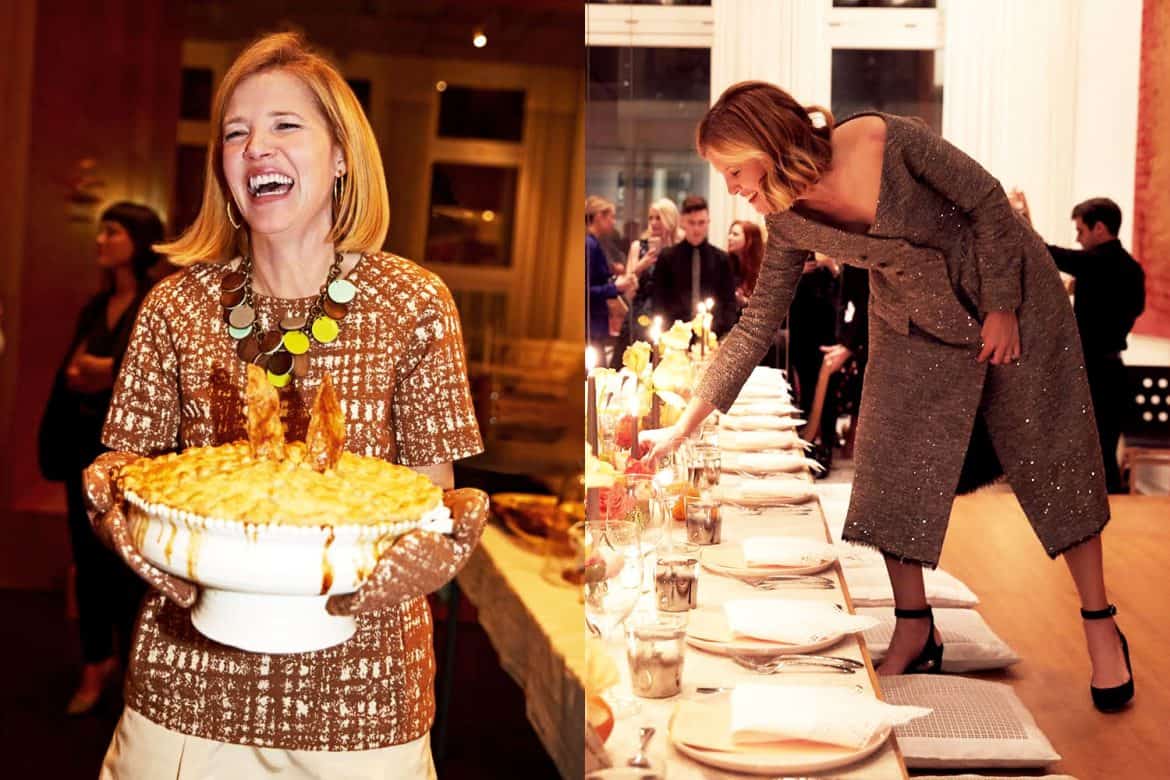 If there is one thing Lela Rose knows (besides how to design chic, playful, sophisticated clothes, of course) it’s how to throw one hell of a dinner party. Any party for that matter. It’s why her shows during New York Fashion Week are always so much fun. The woman simply loves to entertain and is absolutely brimming with tips and strategies for how to make your next party a smashing success. Even if you’ve never thrown a dinner party in your life, follow her sage wisdom and there’s no way you can go wrong. 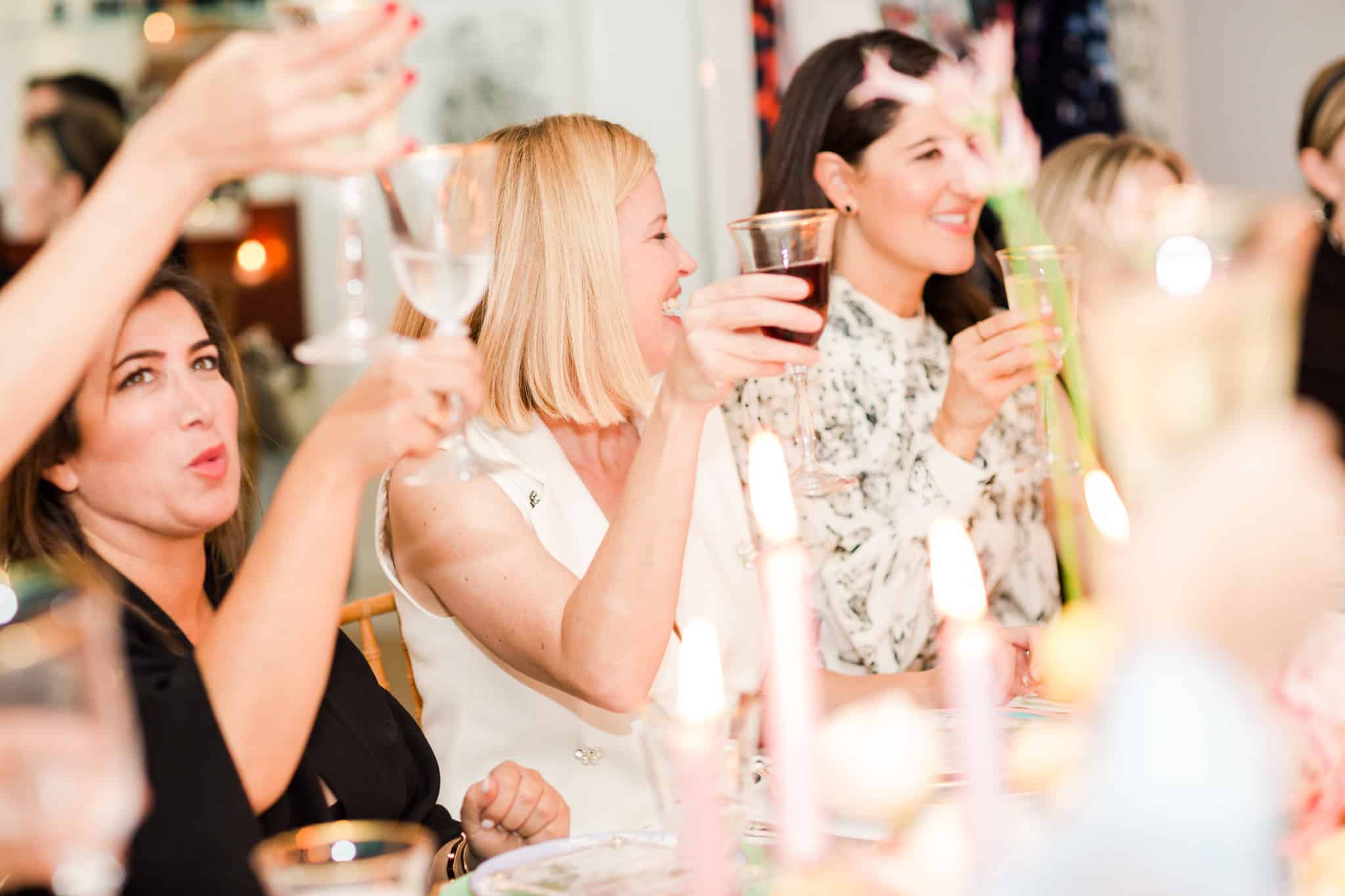 Let’s dive right in! What is the key to throwing a really good dinner party?
I am a huge believer in a specialty cocktail; I cannot stand an open bar! Honestly, I’m almost offended if I go to someone’s wedding or party and all they have is an open bar. I don’t want your soda and vodka! What’s interesting about that? Nothing at all. No, I am a humongous believer in a specialty cocktail. Plus, it cuts down on your liquor expense because that’s what you’re serving and that’s it. I mean, you can have two specialty cocktails, if you want, but for sure have one, then wine and beer after that.

Specialty cocktails, check! What else?
Presentation and details make a giant difference. I entertain so much and I’m always trying to figure out ways to encourage other people to entertain without making them feel overwhelmed, so, for me, if someone wants to order in for a party, that’s fine, but don’t order in some crappy food. Order something nice and don’t just serve it in whatever takeout container it came in. And add some greenery on top — some fresh parsley or chives. Anything you serve is going to taste better if it is presented well. 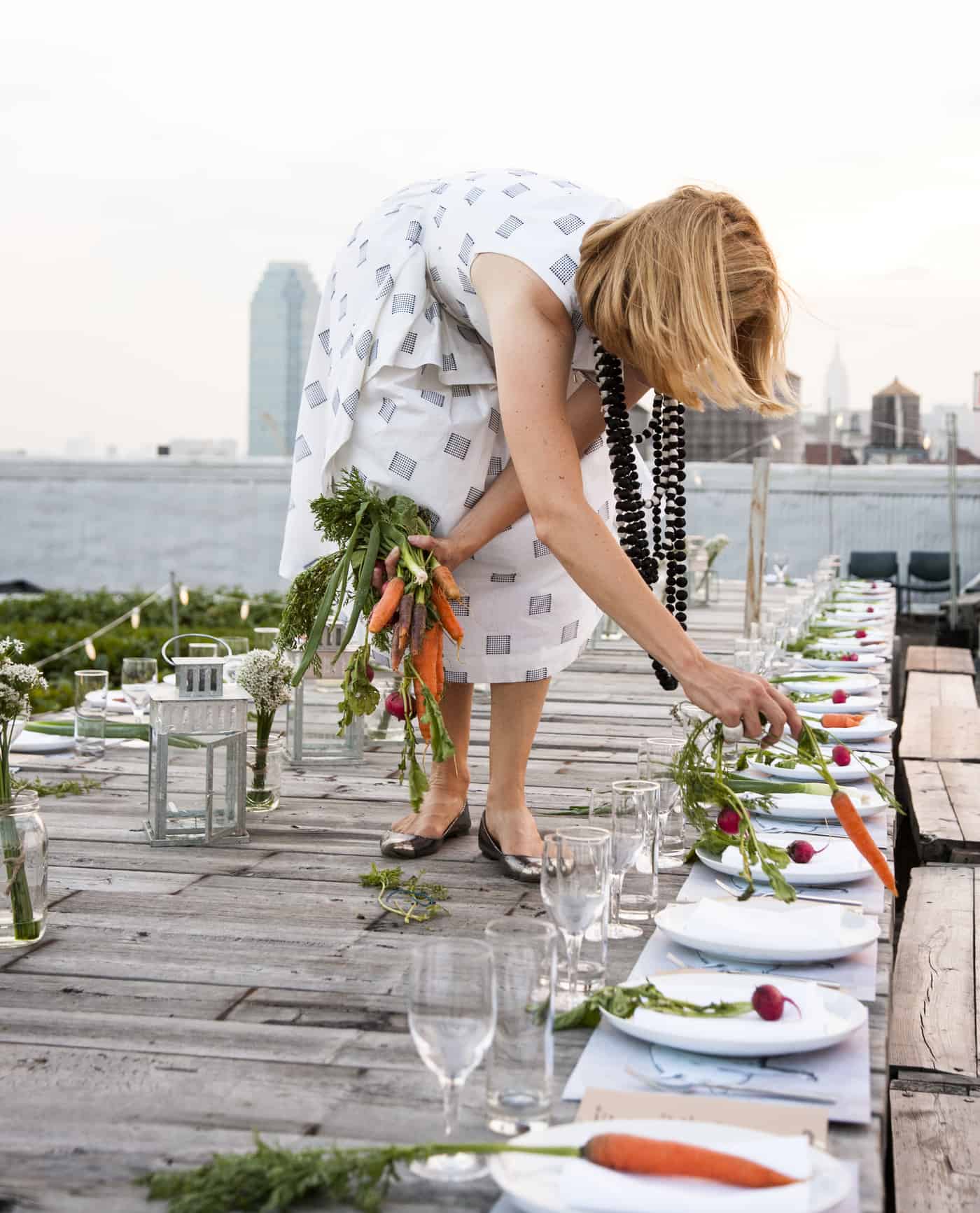 Are you a perfectionist?
No one ever believes me, but I actually never want anything to be perfect. I mean, yes it would be great if it was perfect, but perfection should not be the goal; fun should be the goal. Forget about perfection. You don’t need it. Just walk up to greet your gusts with your specialty cocktail and a smile and the whole evening is going to turn out fine, no matter what else happens. And look, I’ve burned meals, I’ve dropped crap on the floor and had to scoop it right back up; it’s funny, and those things are fine. I have literally served soup I made where the recipe called for three chipotle chilis and I put in three cans.

Were you not tasting it as you went?
I was! But it just kept getting spicier and spicier throughout the day and I guess I hadn’t tasted it in awhile. My husband and one other guy were the only two people that ate it, because they love spicy food. They were both sweating so much that the other guy had to borrow one of my husbands shirts!

The thing was, I had broken one of my own rules, which is never to try a recipe for the first time at a dinner party.

What’s the best best dinner party you’ve ever thrown?
One of my all time favorites — this was probably 15 years ago — was a surprise birthday party for a girlfriend. Her husband asked me to plan it and I was like, “Fine, I’ll do it, but I want carte blanche.” I decided we would do the surprise down in the subway station closest to where we lived at the time. I hired a steel drum band I found at 42nd street, Times Square. So we’re down there at the Franklin Street subway station playing music and I’ve got waiters serving margaritas in mason jars and brown paper bags. We did sardines in a can, because, you know, that’s what they always call subway riders. I thought that was very tongue-in-cheek. She had all of these Upper East Side friends that I think took cabs to the subway station and the idea was to surprise her when she got off the train. I always love a public element to any party — everyone getting off the subway like, “What in the hell is going on here?” and we’re all dressed fancy and hanging out in the subway.

So were you actually on the platform?
Yeah, on the platform! Just dancing around, eating our food, drinking our drinks, and people are like, “What are you all doing?”

After the surprise, everyone walked to our apartment (this was our old apartment) where I hung a sheer curtain between the kitchen and the dining room, so you could still sort of see what was going on, like in that Isaac Mizrahi documentary, Unzipped.

I created these fabulous fish-in-a-bowl table settings and I painted twigs to look like coral. It was this hilarious dinner of half downtown people and half uptown people and we had this delicious meal and just as dessert was being served, Candis Cayne came out in this Bob Mackie dress singing “Happy Birthday, Mrs. Kennedy” (my friend’s husband’s name is Kennedy) — just legs flying and dancing all over the place. We lived on the ground floor and she opened the door and ran across the street. Cars were stopping and she was dancing in the street. Everyone was looking and all the men were like, “Who is that gorgeous woman?” It was honestly one of the funnest parties I’ve ever done.

Let’s talk dress codes. Are you for or against?
If I am throwing a dinner party, I really don’t care how you come… to a point. You should always be comfortable, but I do think that when you’re invited over to someone’s house, you need to dress appropriately. Does that mean that you need to have on a tie and a jacket? Absolutely not. But don’t wear a sweatshirt and a pair of jeans. And when I’m doing any kind of party that I’m sending out an invitation for, I love to link the dress code to whatever the theme of the party is, like the gingham chicken fry where I told everyone to wear gingham and I made gingham napkins with button holes to button them onto your shirt. I love to dictate a dress code, but I like to do it in a cute way that’s tied into the theme of the party. 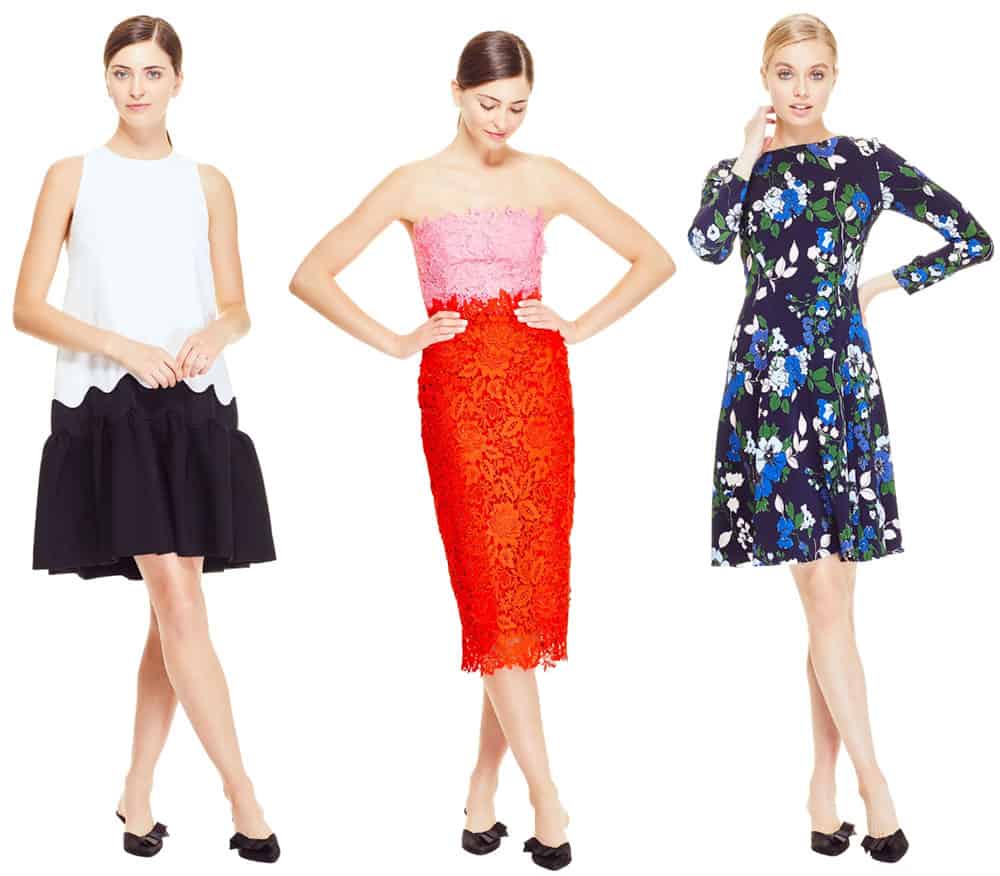 That said, I’ve always thought people should be dressed. I have never been a sweatpants type of girl and you should see my two kids! I’m like, “Where did you get those sweatpants? I didn’t buy them for you.” They’re like “Oh, yeah, I found them in the lost-and-found.” And I’m like, “Okay… so you stole them? From the lost-and-found. Nice. Interesting.”

How much time do you need to put together a good dinner party?
It depends on the scale. If I was getting a chef then I need more time to make sure that they were available, but if I was the one cooking, I could put together an impromptu dinner for 20 tomorrow.  It would be stressful, because I would have to get all the groceries today and start prepping tonight, but I could do it. I have a pantry filled with every ingredient I could ever need, so I don’t have to go out and source much. That said, it is fun to sit around and think about the details and those do sometimes take a little time to marinate and come to you. 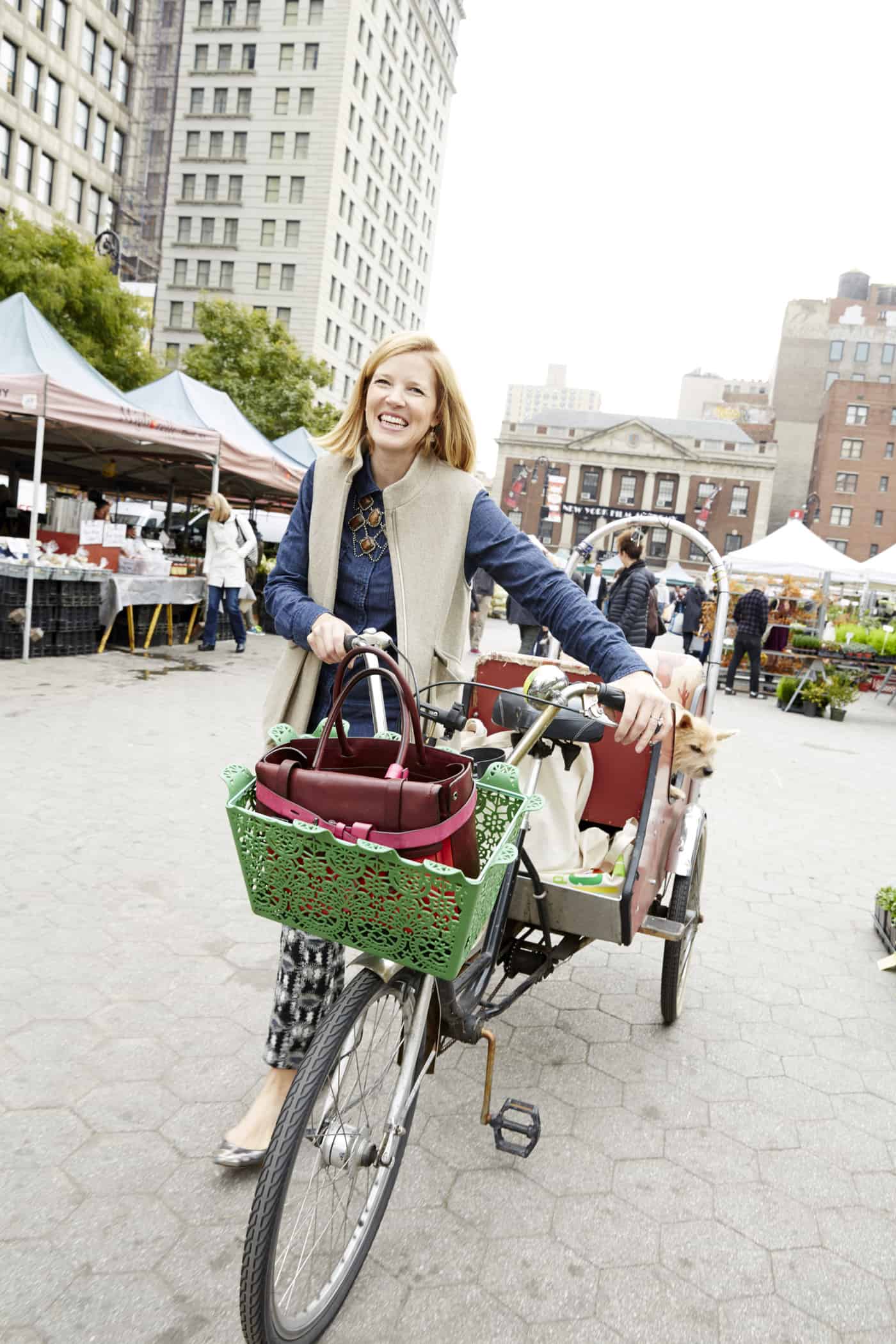 Do you have a strategy for creating the menu?
I like the menu to go along with whatever the theme is. I don’t have to tell you what the theme is, but it’s there to give some structure to the evening and I like all the food to go along with whatever it is. I also never repeat an ingredient from one course to the next. Unless I’m doing the whole dinner party around oysters or something, then I’m like, “Ooh! We’re going to start with baked and then we’re going to have fried and then we’re going to have this and that and…” Anything can be a theme for me.

I feel like a theme could be overwhelming.
I think it actually helps keep things in check so you’re not doing caviar followed by fried chicken. Although, actually, that would be tasty.

Caviar could probably add a lot to many dishes.
Caviar followed by Indian food, then. Just so you’re not jumping all over the globe doing all kinds of different stuff.

It’s like building a collection, really. You start with an idea and then you take that one idea and kind of go all around it and throw out the things that don’t fit with that idea. It’s the same thing when planning a menu. You have to have one thing that guides you, otherwise none of it makes sense together.  It’s not that it will taste bad, but it certainly won’t be as cohesive, as memorable, or, really, just not as fun. For me, anyway. In the end, that’s all I really care about. Did I have fun? Is it fun for me? Because if it’s not, then it’s not worth doing. 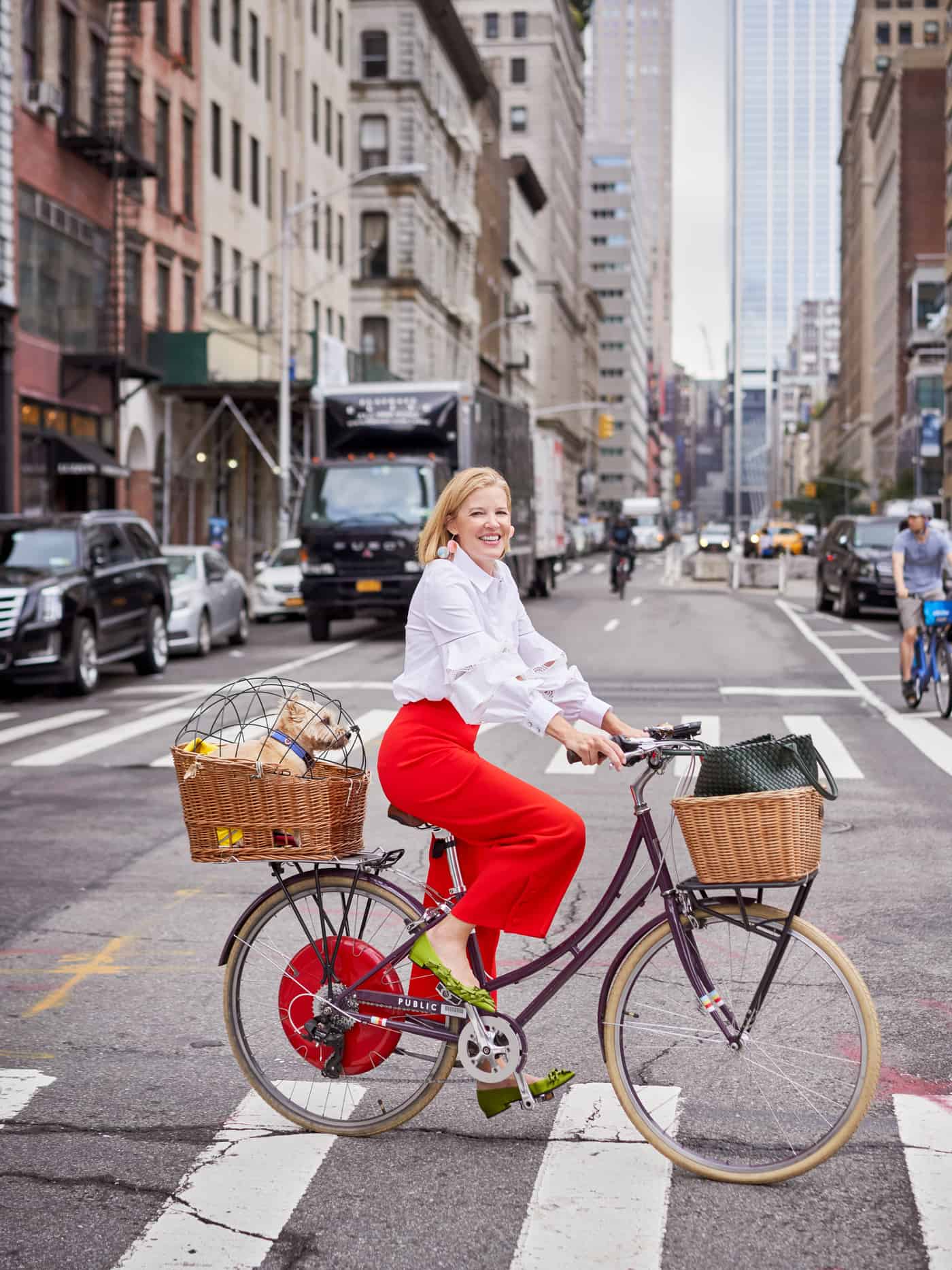 Dionne Warwick Still Loves Performing, Could Do Without The Bermuda Shorts

Lily Aldridge and Bvlgari Save the Children, Zosia Mamet Parties With Swarovski