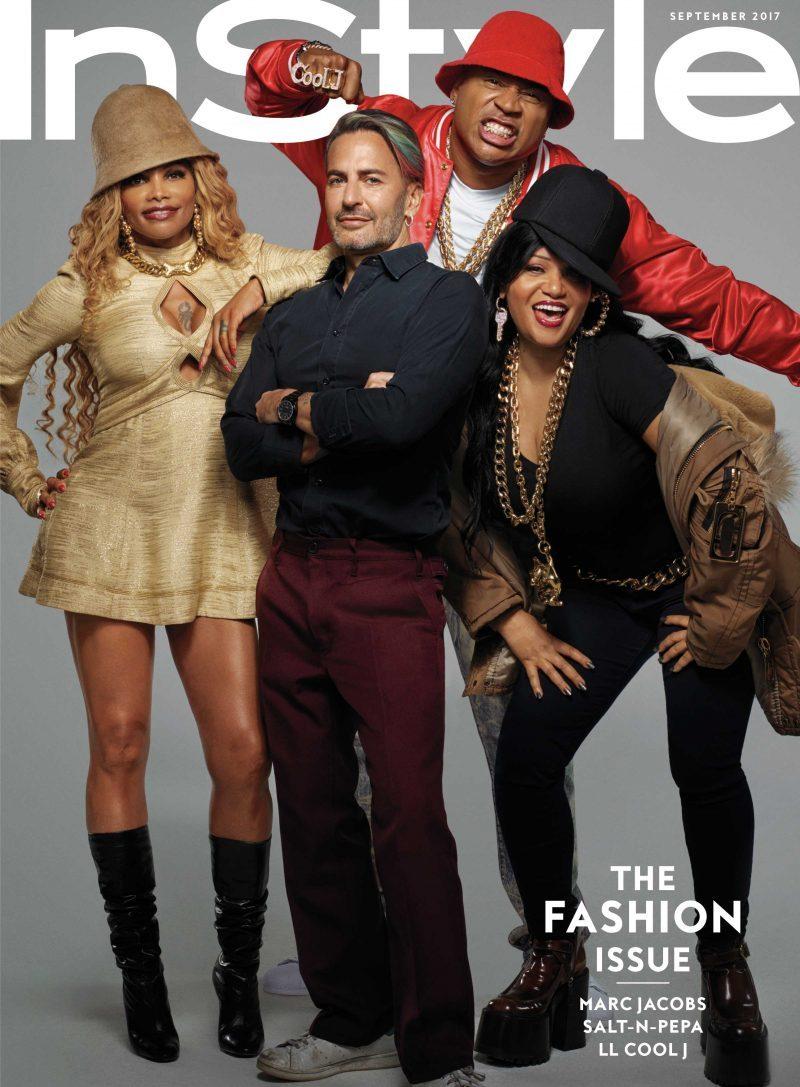 Marc Jacobs, LL Cool J, and Salt-N-Peppa; Selena Gomez; Stephen Colbert; Carolyn Murphy; and Dilone…InStyle editrix Laura Brown rounded up an epic crew for her September issue debut, which comes out August 11. The five subscriber covers (six, if you count Gomez’s double cover) marks the sixth issue Brown has overseen since arriving at the Time Inc. glossy a year ago. For Marc Jacobs’ cover, his posse is decked out in his designs, while Gomez models Coach, in timing with her just-launched handbag collab with the brand. It goes without saying that Brown’s September cast is a breath of fresh air—a delicious mix of celebrity, fashion newbies and icons, pop culture, and, as anyone who knows the Aussie editor can attest, a good sense of humor.

Last year, Brown promised she’d bring joie to the pages of the mag, “with funny essays or funny concepts for shoots,” she told us. “I’ll do more art stuff, and I’ll do some more really high-concept stuff, too. But you know, it’s also making this friendly and accessible and fun. But also, the other part of my humor stuff is obviously video. That sort of shtick I really enjoy.”

As do we! Click here for more on the September issue.