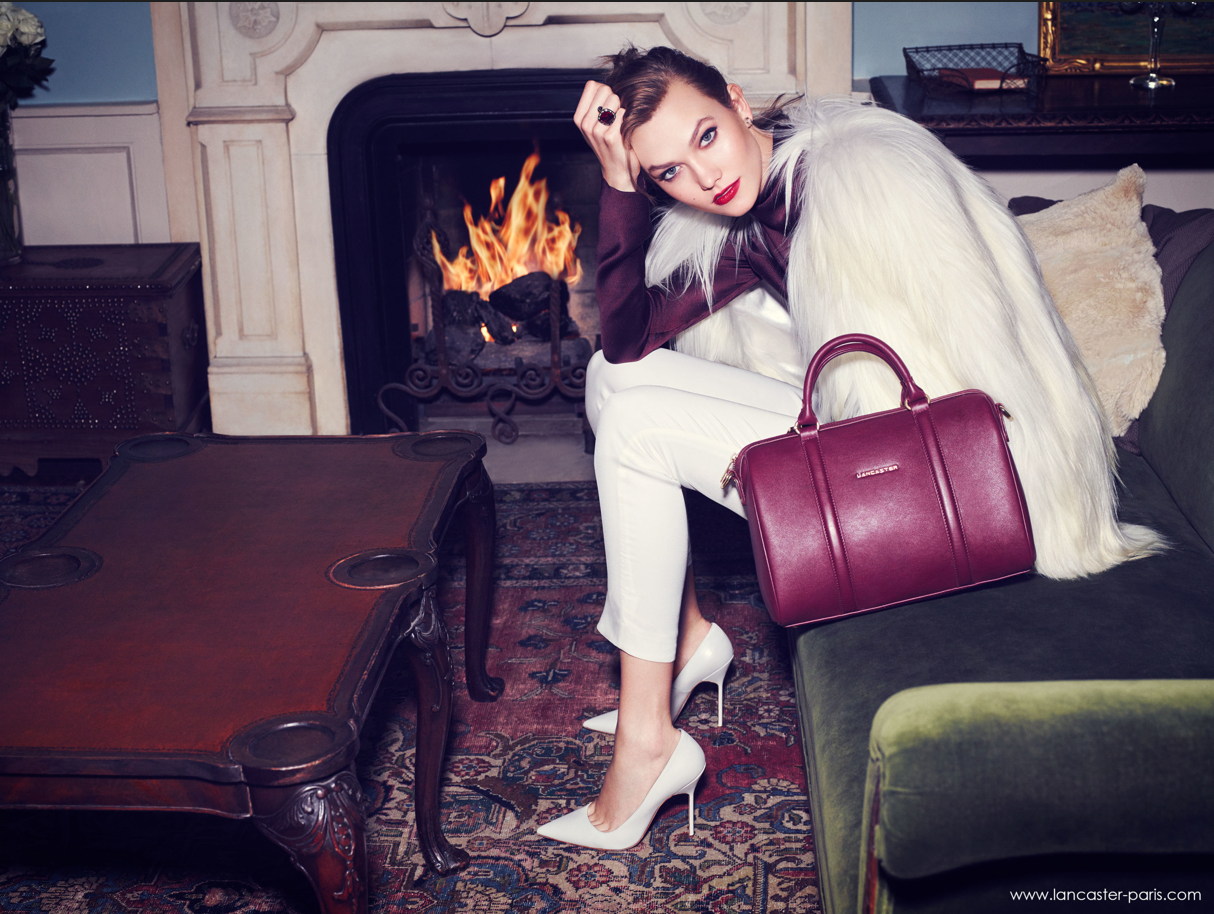 We can never get enough Karlie Kloss! Today, Lancaster Paris released nine shots of America’s Sweetheart fronting their Holiday campaign. Guy Aroch shot Kloss, who’s currently in her third season as the face of the handbag line. Meanwhile, the mod continues to go mainstream appearing on the October cover of Lucky mag, with a full feature interview. Last month, she famously appeared on the cover of Vogue’s September issue with Joan Smalls and Cara Delevingne. Inside Lucky she tells writer Molly Young that she’s got big plans ahead, saying, “I have a lot I want to do in the next five years. I keep my notebooks under lock and key because I don’t want anyone to know the things that go through my brain!” Kloss, who picked up The Daily’s Fashion Media Award for Social Media last year, reveals she’s catching up to all these 21st Century requirements. “Growing up, I never spent much time online,” she says. “It wasn’t the way I was wired. But I’ve become much more savvy—and not just me, but the whole world.” Who does she credit for teaching her about Twitter? None other than Lucky’s Eva Chen, who taught her how to tweet a few years ago backstage at Jason Wu. Who knew? 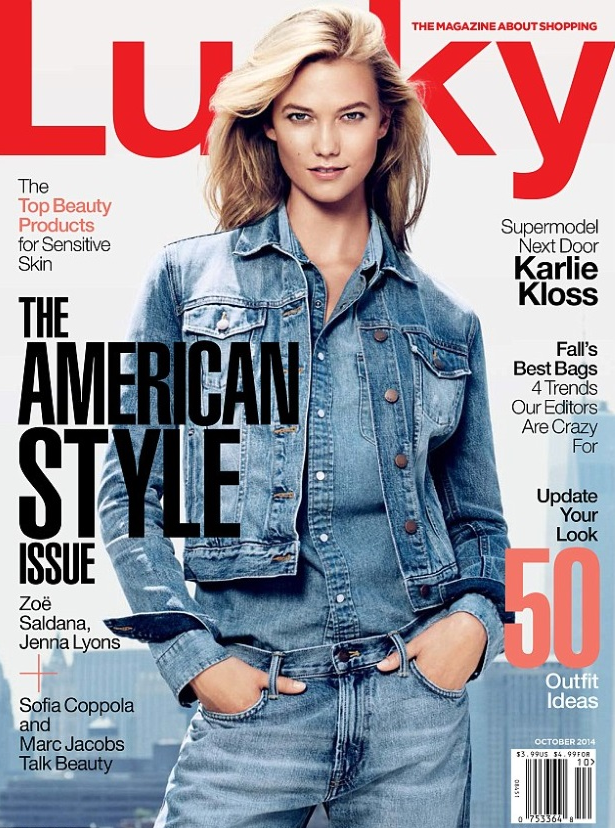