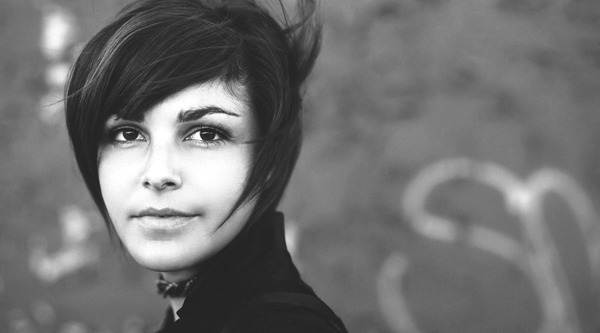 (NEW YORK) There’s a fresh new collection of gorgeous garb breezing in for fall thanks to designer Nicki Cozzolino. The Parsons grad, formerly on Richard Chai’s design team, has re-launched her eponymous label, which she started in spring 2012, under the new name Nicolino. Combining sophisticated luxury with subtle edgy details, Cozzolino’s contemporary collection has mastered the balance between fashion forward and every day approachable. The collection, which is priced between $250 and $1,400, is built around basic black with blasts of white, gold, copper and bronze. Cozzolino’s M.O.? Staying true to herself and her vision. J’adore!
BY RACHEL BERNSTEIN

What is the backstory of Nicolino?
I just launched Nicolino this season for Fall 2013. Prior to that, I had done my collection under the name Nicki Cozzolino for two seasons. I re-launched the brand as Nicolino because I felt like it was more of a resolved direction. I grew into my own aesthetic a little bit more and I just wanted to start fresh. I also wanted a bit of a separation between myself and my name. I don’t just foresee Nicolino being a women’s collection, I want it to grow into a complete lifestyle brand. It’s an amalgamation of my first and last name, but also the masculine version of a nickname my father had for me growing up. I liked the idea of starting a woman’s collection with a masculine name!

What was it like re-launching and re-branding the line?
I was at a crossroads—besides just creating and developing a collection, the hardest thing is finding the right people to work for you and be on your team. At that point, nothing had really clicked. So I paused and decided that I needed to figure things out and regroup. Reflecting back on the past two collections, it didn’t feel like it was really me. It wasn’t what I wanted to put out in the world. I wanted to do something different that was completely in my control. As the universe had it, things just fell into place. I did question if it was the right move to take a step back, but having a much more clear idea of where you want to go makes you go further that much faster.

Sounds scary!
No, it actually felt completely right. I think the best gauge of if you’re listening to yourself and going with your gut is when you don’t ask anybody for their opinions. At that point, other opinions didn’t matter. It was just right and I just did it.

What was your relationship with fashion like before launching your eponymous line two years ago.
I went to school at G.W. in Washington D.C. for undergrad—I studied psychology and fine arts. Since I was a little kid, fashion was always an interest of mine. I didn’t have enough exposure to know that it was a career opportunity, but it was something I just did naturally. Growing up, I cut up all of my clothes and I always tried to change everything. I drove all the women in my family crazy because I wouldn’t wear dresses. I was very particular about what I wore and being able to communicate who I was in this world by my clothes. So it wasn’t too shocking that I eventually came back to that. I applied to the associates program at Parsons and I got in. I did a fast-track program so I finished in three semesters instead of four—which was completely insane, but also prepared me well for the industry. You think of fashion design as this completely creative field, but it’s just as technical and mathematical as it is creative. I love that because I’ve always been right and left brained.

How did you land a gig at Richard Chai?
In my last semester at Parsons, I was interning with Richard Chai and I was hired there before I even graduated. I worked on his high-end lines for about three years; during that time we launched a men’s collection as well as Richard Chai Love, the contemporary diffusion line, and stopped doing the high-end line.

What did you get out of your stint at Richard Chai?
It was a huge learning experience. I feel like I was literally just running for three years; it was that busy. Working on a designer collection and showing four times a year—right out of school!—was so exciting. While it was extremely hard and a lot of work, it was everything I wanted. I was lucky that I started in such a small company because you wear so many hats and you see all aspects of the company from sales to production to the day-to-day collection development. I think because of that, it gave me the confidence to go off on my own quicker than if I had been in a corporate company doing one job and not seeing it all and having that experience.

What is your design aesthetic for Nicolino?
Nicolino is chic and sophisticated but still a bit edgy and cool.  The clothes communicate a feminine, but not girly, vibe that’s relaxed but with a luxe, polished finish. Sort of downtown dressed up.

Why skew towards a contemporary price point with your line?
I have an expensive eye and always tend to like the most expensive fabrics and trims, which tend to be a problem. But at the end of the day, I wanted to create things that were accessible to more women. Things that are more approachable and more real.

When is your Fall 2013 collection launching?
I got into a handful of boutiques around the country and we start shipping into stores in August. I’m also going to be launching e-commerce mid-august and I’m looking into a pop-up store in the fall as well. The line will be sold in Satine in L.A., Elements in Dallas, Settlement Goods in Houston, and a couple of international stores in Switzerland.

What would be your dream store to be sold in?
It may be a bit dated, but designers used to dream of a first collection breaking through and getting picked up by Barneys or Bergdorf’s. But that’s not necessarily the best thing for new designers. Now, I think my dream would be to have my own store.

Why doesn’t Barneys or Bergdorf bode well for young designers today?
A lot of times those stores are not necessarily interested in growing your business and they can actually put you out of business before you’re ready to really be there and have a presence.

What is your growth strategy for the brand for the future?
My new business partner and I want to expand into accessories first, then possibly menswear, and become a whole lifestyle brand.

What celebrity or person in the industry would you love to see wearing your designs?
I think that Emmanuelle Alt is the ultimate fashionista. I don’t know if she would ever wear my stuff, but if she did I would be like, OK, I’m pretty cool!

Who are some of your biggest design influences?
Dries Van Noten has always been a huge influence. His way with color is unbelievable. I think the work he does is so interesting. He’s very minimal, but he has such an artistic way of putting together his collections and his stories. I think my aesthetic has really changed as I’m growing into myself so the designers that I look to for inspiration now are a little bit different.

What else inspires you?
Travel inspires me; I travel as much as I can. Photography is also a huge passion of mine. All the subtleties that I design with are how I perceive the world, and I like documenting that in pictures. I like prints that are really abstracted. I always sift back through all the pictures that I take when traveling and I take anything from a distressed wall to the way something spills naturally onto the ground, and play with them and design prints from them.