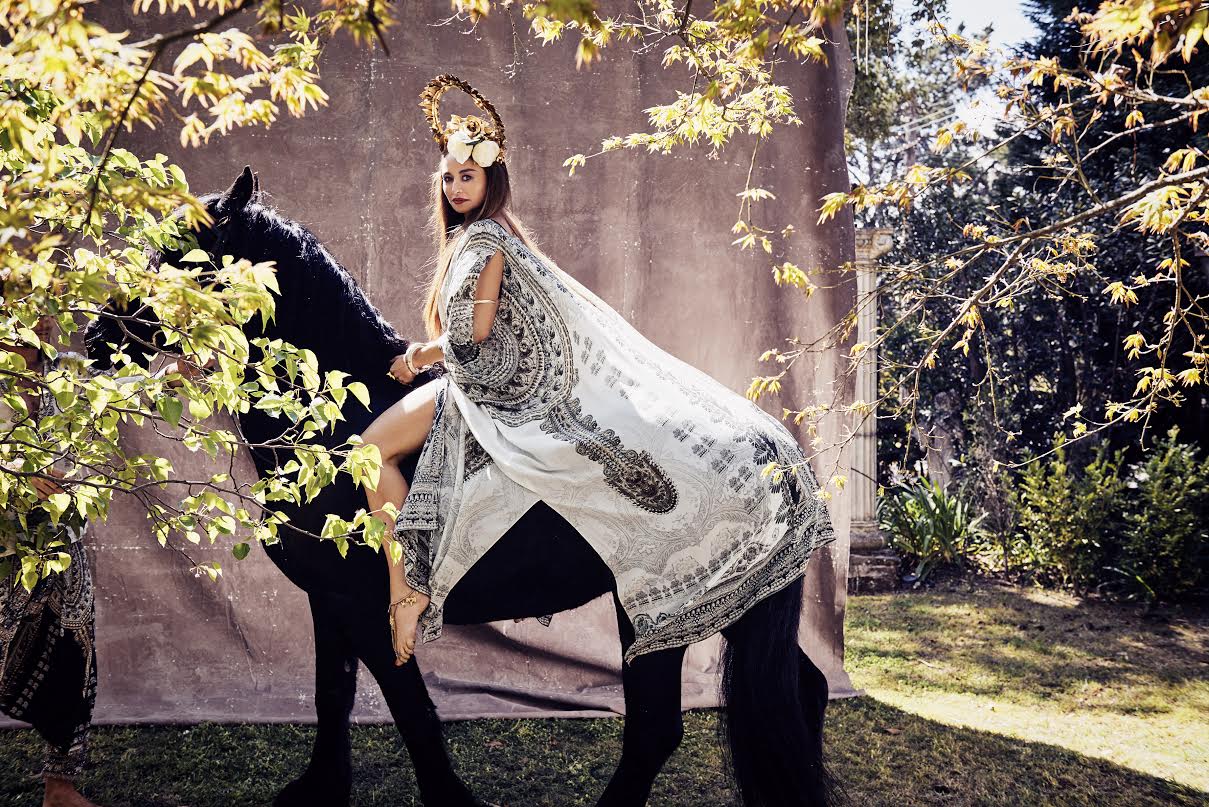 Australian label Camilla—by theater-performer-turned-designer Camilla Franks, affectionately known as “Camilla queen of the kaftan” in her native country—has joined the Aussie onslaught of brands with their sights set firmly on the U.S. market (Zimmermann, sass&bide, and Bassike all have stores here and solid expansion plans).

The label, which is renowned for its vivid prints and luxe boho aesthetic, recently launched a U.S. site and the wheels are in motion for the 2016 unveiling of the first Stateside retail store and a spot at New York Fashion Week.

“My label has always been very print driven and it’s important to stay true to that DNA, but there’s been a huge cry out for the brand in America as this climate is calling out for new fabrications. So for ready to wear we are doing chambray, linen, wool, but with my handwriting,” Franks told The Daily last month while in NYC to launch her Spring/Summer 2016 collection called El Duende, which she did in the form of a meditation evening with spirit junkie Gabby Bernstein.  “We had all the top media there and took them totally out of their comfort zone.”

With a celebrity tribe of devotees that includes Beyoncé, Olivia Palermo, Kate Hudson, Miranda Kerr (and son Flynn), and Oprah—who famously thrust the label into the international spotlight when she wore a Camilla kaftan during her 2010 tour of Australia—Franks confirmed the U.S. is the biggest export market for the brand, which showed a growth of 64 percent in 2014.

Already available at  Neiman Marcus, Bergdorf Goodman, and Saks Fifth Avenue, our intel suggests Barneys could be next.