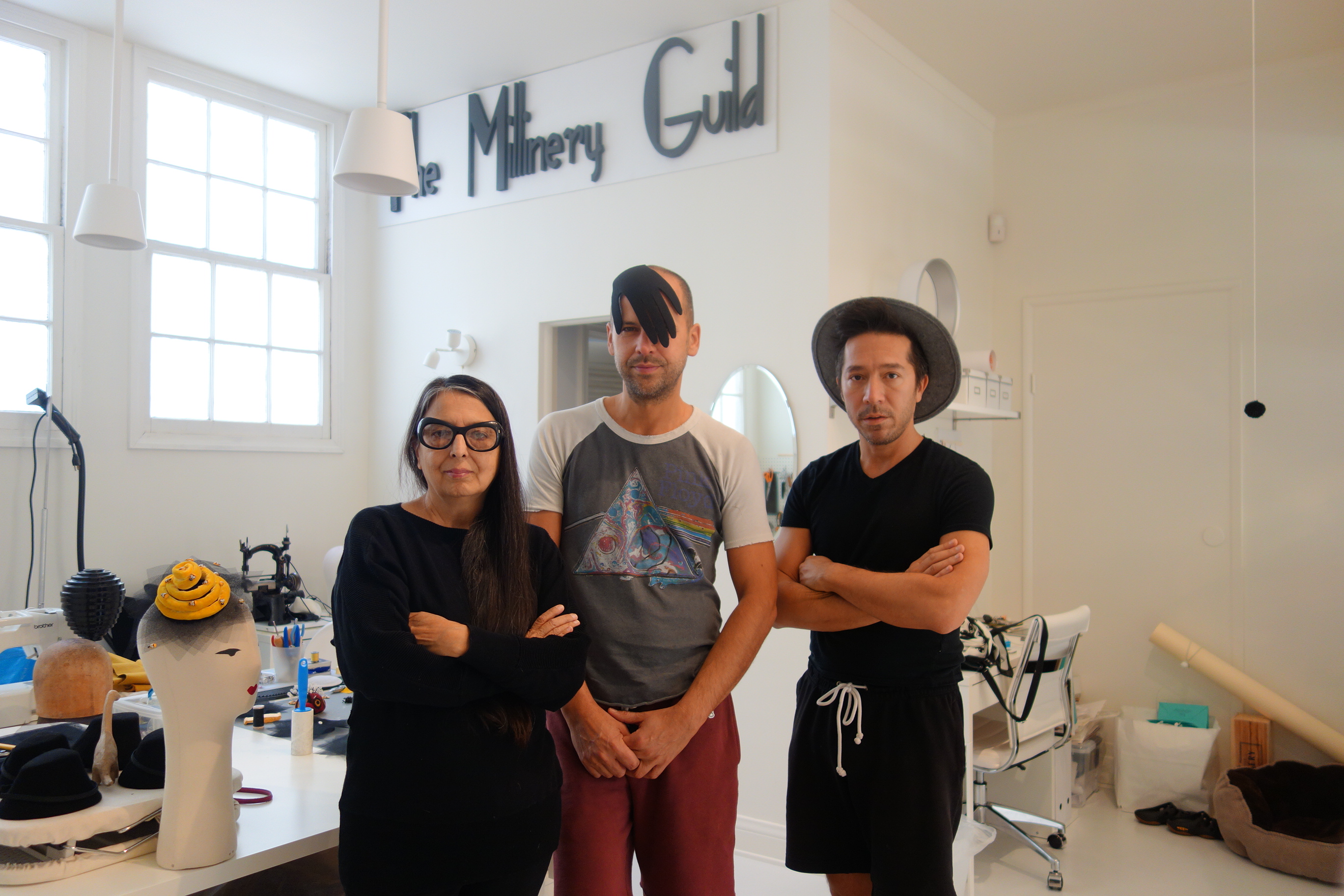 Hollywood has always been known for its salacious style, scintillating secrets, and seductive stars. Lady legends of Los Angeles are not born that way; they’re transformed and molded in the hands of the world’s most revered artisans. Montez of the Millinery Guild is one of these creators. She ranks among Tinseltown’s most rarified gems. From her atelier at Crossroads of the Worlds, she has created couture hats that have crowned the heads of cinematic royalty for over two decades, including Angelica Huston, Tony Basil, Jennifer Lopez, Viola Davis, Dita Van Teese and her most recent muse, Rose McGowan. Our meeting with Montez was as playful as her beloved French bulldog, Melba. We knew we were destined to be together from the moment we saw her beautiful work in the window of her boutique during a late night promenade. The next day upon entering her shop, we discovered we were kindred spirits. Less than two months later, we were lucky enough to be able to collaborate with her on our Los Angeles Spring 2015 premiere. Last week, we finally sat down for a master class with Montez, where we chatted about her life and learned how to make a hat from the millinery mistress herself.

What was your most memorable hat experience growing up?
I had a fake fur hat that my friend’s mom was going to throw out. I wore it all summer!

Did anyone in your family wear hats?
My dad did every time he went out; he was totally old school, always dressed from head-to-toe. If he didn’t have a hat on, he wore a do-rag on the beach with a white cotton t-shirt and a pack of Lucky Strikes rolled in his sleeve. My friends always thought he was sharp and super cool!

What inspires you?
Everything inspires me. Just a bag rolling down the street could inspire a shape, things around me inspire color…I always write everything down. I used to think I was Harriet the Spy when I was a child. I would keep notes on every single person in the neighborhood.

Does celebrity culture in L.A. affect your design process?
Not really. I kind just do what I want to do, it just comes out of me.

How did you learn your craft?
I took one class but other than that I learned everything else myself. I bought books and just went to town. Especially during my four long years in Michigan!

Who is your favorite client to hat?
Tony Basil. She just walked in the shop one day and we have known each ever since, we are actually going to see Lady Gaga. I’m super excited about that concert!

What are your favorite movies?
Grindhouse is one my favorite movies, it has been, since before I even met Rose! Other than that, my most favorite movies are Black Narcissus with Deborah Kerr and Tales of Hoffman. They’re so beautiful: the sets, the costumes…

Tell us about your studio!
Everyday I used to walk by here with the dog, and strangely I had a picture of my mother here in her youth out by that palm tree. It’s much bigger now. It was one of the first places she went when she came to Los Angeles. So it was kind of meant to be. This used to be the first outdoor shopping center. The woman who built it was a visionary, and her husband was a gangster. I couldn’t imagine a more perfect place to work.

For behind the scenes pictures of Claude making his first hat, check out the Ruffian Instagram Account! 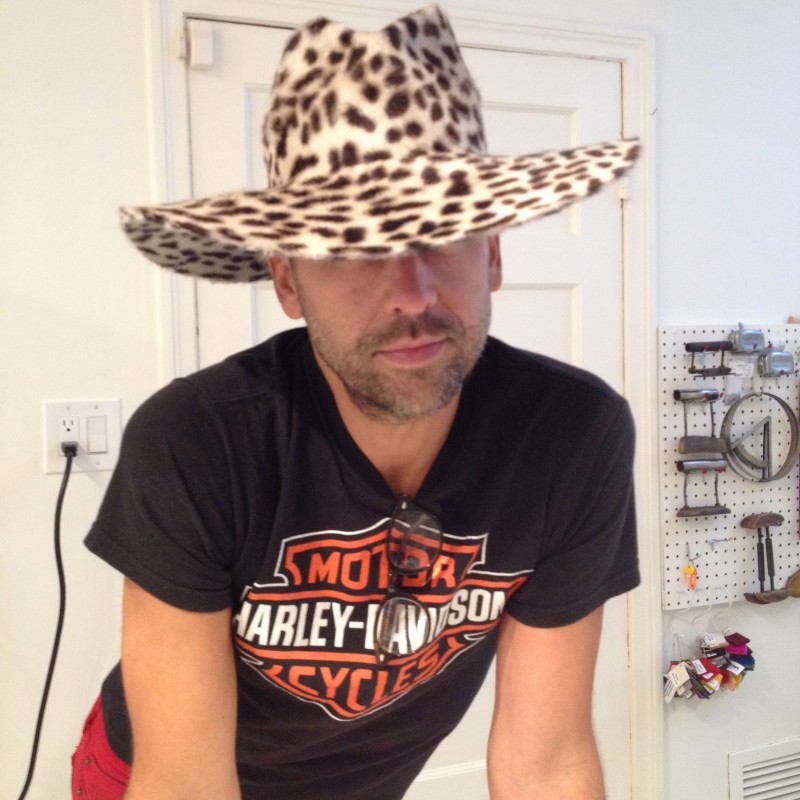