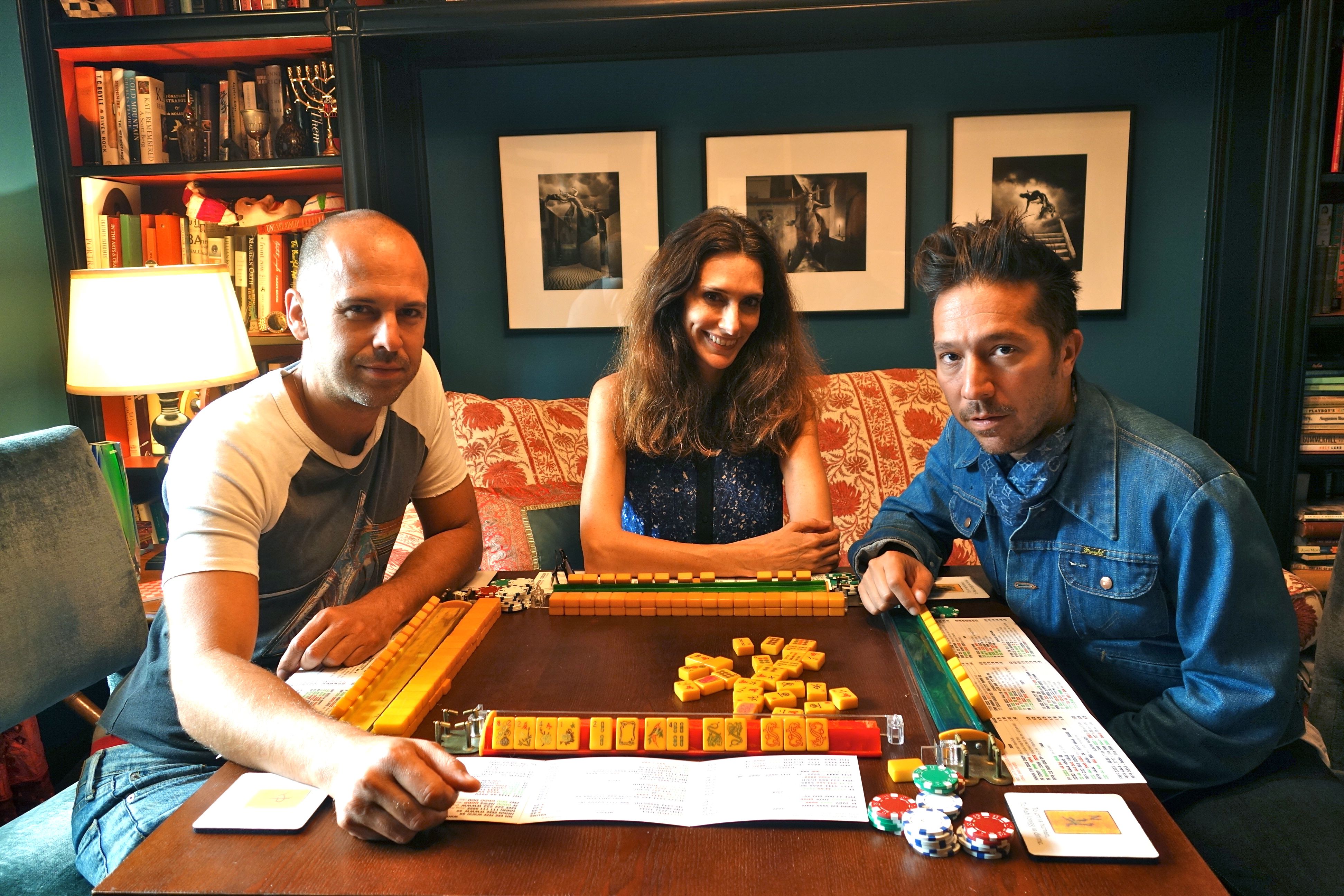 The Ruffian boys, Brian Wolk and Claude Morais, have nabbed a real get in their latest column for us. They’ve sat down with VVVVVIP stylist Elizabeth Stewart to get the scoop on her roots, clients, and why she loves living in Los Angeles.

Elizabeth Stewart is a rare bird in fashion. Her rigorous training began in the infamous newsroom of WWD and on the mean streets of New York’s garment district. Following her East Coast tenure, she moved to Fairchild’s Paris offices and ultimately back to the Big Apple to head up the fashion department of the New York Times under the legendary Amy Spindler. In the fashion world, this is the equivalent of a triple threat. Act two of Ms. Stewart’s life came when she traversed the country for love, moving to the City of Angels, where she single-handedly changed the world of red carpet dressing to a far more appealing shade of crimson. Her New York provenance and Paris savoir faire made her second to none in the world of celebrity stylists. Whether she’s dressing Cate Blanchett in Armani or Julia Roberts in Valentino, Ms. Stewart’s unwavering confidence is a force to be reckoned with. The long list of A-list clients and designers who make up her chic clan is proof positive that she truly has the right stuff. Ms. Stewart is equal parts unassuming, demure and delightfully charming, a rare combination in both the fashion world and Tinsletown. Last week, we were lucky enough to visit the impeccably furnished home of Ms. Stewart on a sleepy street in Santa Monica, where she schooled us in the ancient game of Mahjong, and led us on a journey down the silk road of her life.

Do you think your dad being in the military was influential in your love of tailoring and structure?
I never understood that before. Thank you, Drs. Ruffian! I got in the biggest trouble of my life as a teenager when I stole his uniform for a halloween costume, with the medals and all!

Did growing up in Barcelona affect your sense of style?
Barcelona absolutely affected my style. It has late night, sensual culture, which definitely had an impact on my aesthetic. And my mother, who’s from there, is very chic.

How about growing up in the south?
The south motivated me to move to NYC!

What’s your creative process like? For example, is there a certain “go-to” artist or period that inspires you?
There is often an inspiration, from a painting I like, an artist, a color…when I worked with Jennifer Lawrence, there was a red dress she wore to the Oscars that almost looked like a bathing suit. It was actually based on a photoshoot for Rolling Stone where we put her in a red bathing suit. When I saw her in that bathing suit, I knew that should be the inspiration for the dress. She looked so incredibly beautiful!

How do you channel your clients needs, with your sense of style, the designers vision, while remaining diplomatic with their publicists? It seems like the impossible challenge!
Turn off the recorder! Just kidding! When you work with someone, you need to have a connection and trust. Once you have that, everything you mentioned melts away. I do channel the client, and apply my taste to their needs and what they want.  Simply put, you just have to connect, and all that other stuff doesn’t matter.

How do you protect you work and integrity, and guard yourselves against critics’ opinions?
You can’t worry about the opinions of the critics. It’s kinda great there is so much interest in what we do, because ultimately it gives us power. The fact so many people are looking at it and are interested in it, gives our work credibility and means designers will want to work with us. Because I’ve worked in fashion my entire career, I have no trouble trusting my opinion. I basically think I’m always right! So if someone rags on something, I can laugh it off.  It’s nice if the world likes it, but it’s not required. If they always did, than we would be doing something wrong. Sometimes the most beautiful things aren’t always understood by the masses.

How has your relationship with Los Angeles blossomed over the last 10 or so years that you’ve been here?
I didn’t want to move here! I met my husband, fell in love, and moved for him. I was in fashion editorial, I didn’t work with celebrities, and it was a really slow, hard transition for me. In fashion editorial, you pretty much control everything. I was working with The New York Times and came up with the concepts, hired the photographer, chose the clothes…and then I had to learn  to collaborate. That’s when I segued into celebrity styling. I met Calista Flockhart and dressed her for the Emmys, and it started slowly from there. I am such a New Yorker; I never ever thought I’d leave New York. The first step in my transition was getting a pool, and my second step was learning to enjoy going on hikes, basically things you can’t really have in New York City. Closet space and the weather were also key in my adjustment. Now I don’t want go back! It took a while though.

How has the fashion landscape changed since you have been here?
It’s interesting, because luckily for me, there has been such a shift to celebrity. When I started, there was still models on the covers of magazines; it was unusual for a celebrity to be on the cover.

Who’s your style icon?
That tends to vary based on what I’m obsessed with at the moment. Lately, I’m following Anna Dello Russo on Instagram.

Do you have a career mentor?
Amy Spindler. Everything was always extraordinary. It was always the most unusual twist on any possible project. I’ll never forget working that way ; I always try to apply it to everything I do.

Why L.A.? Why now? Why the cultural renaissance?
I think fashion has driven it quite a bit.  Fashion people are always interested in the next thing, the latest thing; they’re always seeking anything off the beaten path and finding it. I also think there are certain people who are propelling the movement, like Maria Arena Bell. She is an art impresario and jetsetter. She’s chaired the MOCA gala for the last few years, and she also heads up the charity I’m involved with, P.S. Arts. She makes things happen, and it just snowballs.

Tell us about your charity, P.S. Arts.
A lot of public schools don’t have money for art programs. We raise money to hire the teachers, and if there isn’t room for an art studio, we bring a trailer into the parking lot and set one up.  It started here, and now has become a national model.

Do you pick out your kids’ clothes?
They won’t let me anymore!

What’s your uniform?
It’s a dress, everyday. My style is based on my laziness!

We can’t wait for you to teach us how to play Mahjong! Who introduced you to it, and who are your favorite partners to play with?
My good friend Laurie Rosenthal of the Sunset Marquis Hotel introduced me to Mahjong. I love to play with her, Susan Campos, and my daughter Ivy and her friends! I inherited my set from my wonderful mother-in-law, Beatrice, who just died this year at age 94.