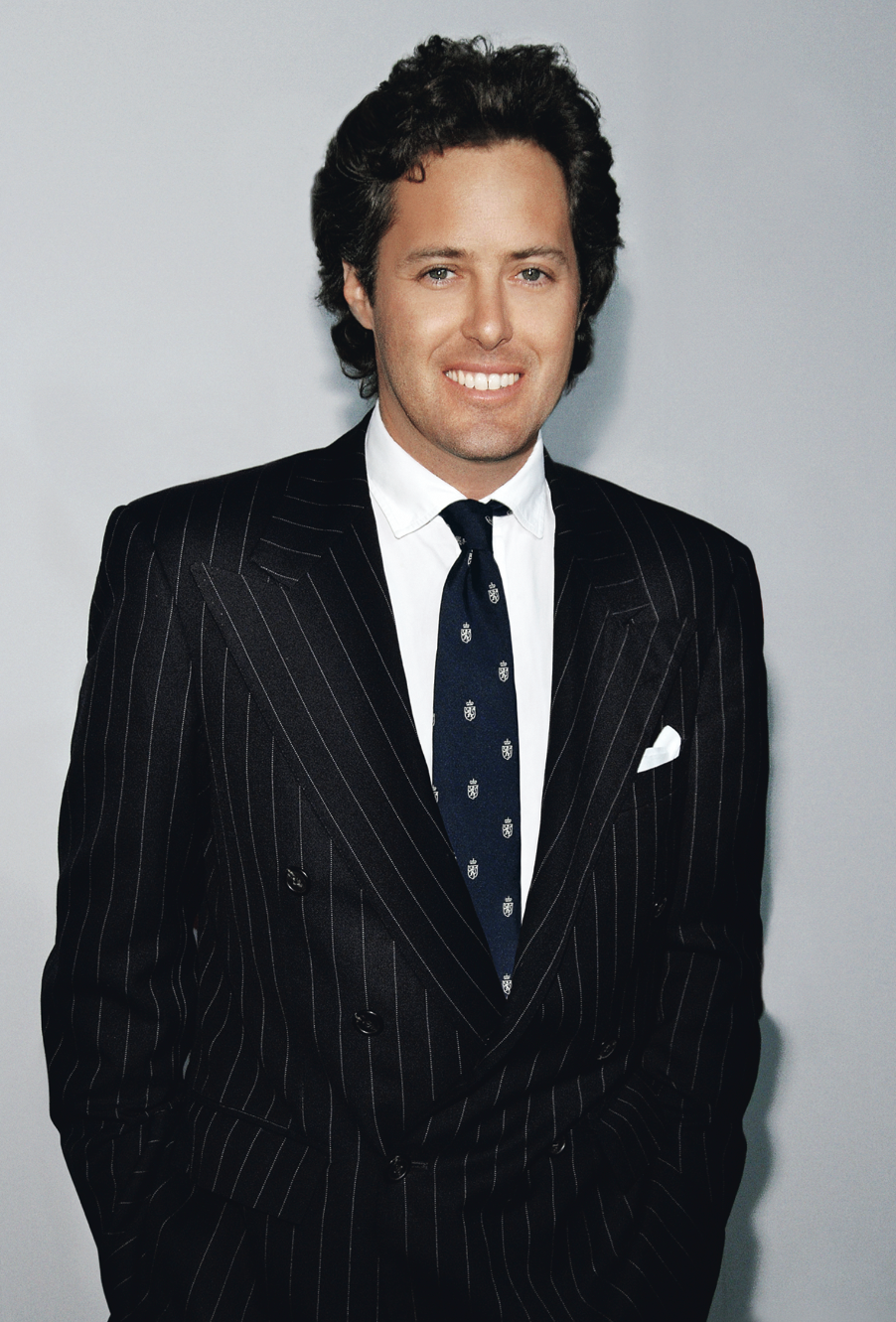 For the launch of his new brand, Polo for Women, the always cinematic Ralph Lauren created a groundbreaking 4-D digital composition to make 46 models walk on water in Central Park. David Lauren, executive vice president of advertising, marketing, and communications, spills the high-tech secrets behind the event and explains how his team moved mountains to make a magical New York City night come to life.
BY EDDIE ROCHE

Tell us about the launch of Polo for Women.
It’s a major new brand for us. It’s a huge opportunity for the company. What makes Polo for Women new and unexpected is that it’s not classic or preppy, but it’s very downtown, very urban, and incredibly hip. We wanted to create a brand that resonated with this new contemporary customer.

How did you make that happen?
We brought Bruce Weber to create the new ad campaign, which has an urban sensibility. We also created a fashion show that celebrated not only our fashion but New York City and the urban culture that has inspired this line of clothing.

How did the idea for a 4-D fashion show in Central Park come about?
We played with a lot of ideas and started exploring, and we came upon this technology that allows us to use water and mist as a natural projection screen. Ralph Lauren has always created cinematic advertising and stores that made you feel as though you were entering a new world, so we thought, “Why can’t we change the way people look at a fashion show?” Sometimes people travel to Dubai or to France or to India to experience new fashion, what if we could create an experience that brings that to you? So the idea of the first 4-D fashion show on the pond in Central Park felt completely groundbreaking and revolutionary.

Tell us what went into producing the show!
The models were digitally composed, but it’s not a film, it’s a 4-D digital composition, a whole other way of looking at people. The cool thing is that people didn’t know what to expect. We filmed the show in advance with giant green screens. Ultimately, when the show happened live, the entire city was projected behind them, with buildings and bridges being built, fish swimming, and people walking on water. It was pretty dramatic.

Are you a tech guy yourself? Is this in your comfort zone or it is a learning experience?
It’s definitely a learning experience. This is cutting-edge technology, so everybody is learning as we go. For us the excitement of being in the fashion industry is always trying to push the edge and try new things.

Why did the show have to happen after 9 p.m.? So it could be completely dark?
Yes. We had a lot of fun producing this show, but to make sure it would work we had to try it out in different environments, one of which was a golf course with a pond in New Jersey at midnight during a thunderstorm.

The collection was completed before Labor Day. That must have been a nice feeling. Is that normal for you?
No. With collections it usually comes to the 12th hour. But with this one we knew we had a special production, and we started on the process early. It’s literally hundreds of people in the Ralph Lauren company who have to get together and move mountains.

So how do you make something like this happen in Central Park?
The mayor has been incredibly cooperative. Because it was an homage to NYC I think they felt that this was a special project and would be celebrating our city with something that could then go viral on the Internet and lure potential tourists.

I’m sure that when your dad started this company a show like this wasn’t even in his wildest dreams.
I think that a fashion show is always a lot of stress because you have to push the boundaries. Growing up with Ralph Lauren as a man, I’ve always watched him stay focused and in many ways in the most pressured times he tends to be amazing. He always tells the story that after the first fashion show that he put on, close to 100 shows ago, he said, “I’m glad I don’t ever have to do this again. I don’t know if I could do that again.” A hundred shows later, I think it’s amazing how many stories he has to tell.

What else sets a Ralph show apart?
The small show, maybe less than 400 people. Most fashion shows in tents all around the world can have twice as many people, even more, but you can lose the intimacy that way. Ralph Lauren wants you to see the fabric, the details, to feel the intimacy of the brand. As big as we are he keeps it very small, and qualitative, kind of like a Woody Allen film.

What do you mean by that?
It’s not about a giant production with a lot of fanfare; it’s about great craftsmanship, great products, and wants you to look at it closely. There’s no smoke and mirrors. Doing a 4-D show takes you to a new level because it’s a new way to see the clothes.

Was the actual collection on hand in Central Park?
No, we were going to do that but instead we gave every member of the press photos of all the looks as they left the show on their phones. That alone may be a change in how the industry looks at fashion. Our job is to experiment. We were one of the first brands to do so many things in technology; we were the first fashion brand to sell on mobile phones, that was groundbreaking.

What are your other responsibilities in the company? You handle the ad campaigns?
I’m very lucky to work with an amazing team of people on the advertising, the marketing, the communication, the website, and from that vantage point get involved with every division and every brand in the company.

How many e-mails do you get a day?
Hundreds, so don’t feel bad if I don’t get back to you. I think I’m pretty good at checking in and checking out. I really don’t like e-mails; I prefer talking to people. When someone sends me an e-mail, I generally tend to call them back. If I respond through an e-mail, it’s a quick answer.

What other things do we have to look forward to with the brand?
We’re opening a restaurant in our Polo store, which is also exciting because you’ll be able not only to shop in the Ralph Lauren world but to dine as well.

What will be on the menu? All-American food?
That’s the spirit. We have a restaurant in Paris and a restaurant in Chicago, with burgers that come from my parent’s ranch in Colorado. My wife is a vegetarian, so I tend to be one most of the time, but once in a while I like to indulge in a steak.

Was it always in the cards for you to end up working for Ralph Lauren?
No, it was not. I definitely was not interested in working at Ralph Lauren. It was really when I was close to 30 and I had stopped doing Swing magazine, and my father was interested in opening a media company and developing technology and new ways of reaching customers. Nearly 15 years later, I’m still here.

Talk to me a little bit about the Ralph Lauren Foundation.
We started up a Cancer Center in Harlem that deals with underserved cancer patients. And we just recently started one with Prince William in England. We had been involved in so many amazing projects around the world where we feel we are helping to make a difference. And Ralph Lauren himself gets involved in these projects—he paints the schools, he talks to the patients, he takes it very seriously.

How often are you in touch with your dad? Every day?
Yes, we work together all the time; it’s a family spirit here. We like to encourage that and attract people who want to be part of that, and it starts with Ralph Lauren and it goes through to every person here. Many people have been here for 30 or 40 years, so we now have a legacy award for them. It’s quite staggering to see the amount of people who have dedicated their entire life to this brand.

What did you do for fun this summer?
I took a couple of days off. I love to sit and play guitar, I read, do sports, live a healthy, happy life. I’ve been very lucky to have it.