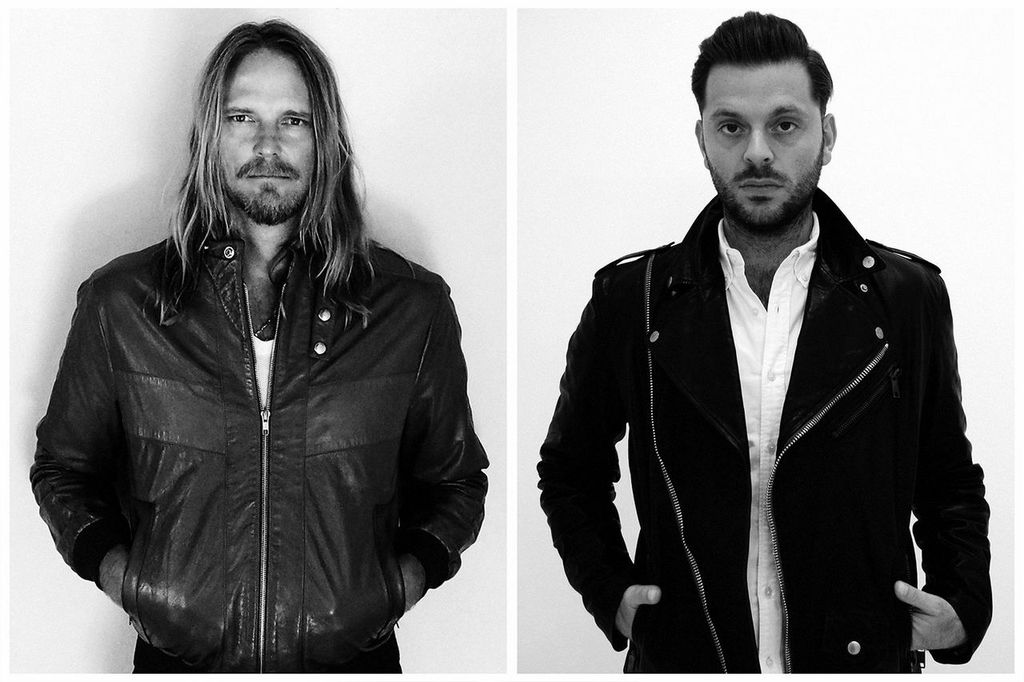 Ksubi co-founder George Gorrow is launching a new label in partnership with New York curator and gallerist George Benias. When Gorrow co-founded Ksubi (formerly known as Tsubi) in 1999 along with Gareth Moody, Dan Single, Paul Wilson, and Oscar Wright, the Australian label developed a cult following that had downtown’s finest clamoring after their ultra skinny jeans branded with little white double crosses. Gorrow resigned from his role as creative director of Ksubi in 2012, not long after the company was bought in 2010 by clothing manufacturer Bleach.

Gorrow’s latest project is oozing with that same cool factor that made Ksubi millions. The new project, Cocurata, encompasses a fashion house, atelier, and exhibition space. While artist and fashion designer collabs have been going on for years, the idea behind Cocurata is that rather than a fashion label just appropriating artwork from an artist to use on say, a handbag, for commercial gain, Cocurata will be more of a true artistic collaboration between artist and artisan. To wit: a painter creating bespoke or ready-to-wear pieces, a sculptor creating a product with a perfumer, or a street artist working with a jeweler. In other words, an artist would be curating the fashion, so to speak, rather than a fashion designer curating the artist.

The brand will launch with street artists Bäst and Paul Insect (Banksy‘s longtime assistant); painter, calligrapher, and filmmaker Rostarr; artist collective Dearraindrop; and contemporary artists Trudy Benson, Steve More, and Matt Jones. “All of the artists we have initially chosen to bring into the Cocurata stable embody a particular aesthetic that we feel is representative of what we are trying to achieve as a label,” said Benias. “Some are friends, others we’ve admired from afar, but each provides Cocurata with the stylistic breadth that we want to be known for.” From the looks of it, Gorrow’s latest venture, in partnership with Benias, is going to be just as covetable (if not more so!) as Gorrow’s first fashion foray. The Spring/Summer collection, entitled “Extraction”, will launch in February.