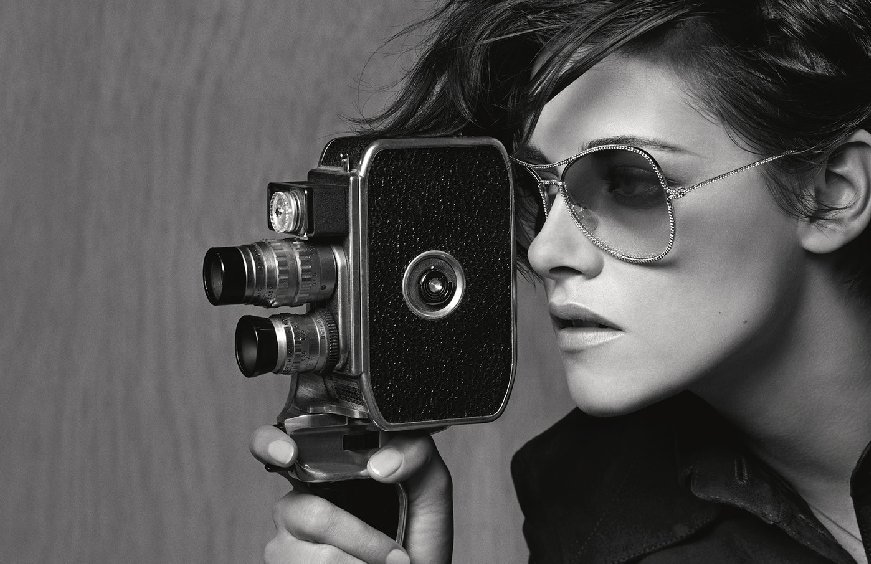 The Kaiser continues his love affair with Kristen Stewart with these newly released images of the Twilight actress, starring in Chanel’s Spring/Summer eyewear campaign. Stewart was the face of the Métiers d’Art Paris-Dallas 2013/14 collection and the 11.12 handbag campaign, which launched last month. She also attended the Chanel Haute Couture show in January and has made regular red carpet appearances in looks from the maison. Karl Lagerfeld, who shot the campaign, gave her a series of vintage cameras to play with during the shoot, revealing in press notes “she gazes at a scene known only to her.” Choupette, perhaps? The sunglasses in this campaign first popped up during the Spring/Summer RTW show and according to Chanel, “the sunglasses reinterpret the pilot frame of the 1970s, their newly stretched lines encircled with chains and their anti-UV tinted lenses graduating to transparency.”

While we’re on the subject of Karl…last week he revealed details to New York magazine’s Amy Larocca about the other girl in his life, his cat Choupette, who is swimming in kitty dough. “She did two jobs and made 3 million Euros last year,” he said. “One was for cars in Germany and the other was for a Japanese beauty product. I don’t allow her to do foodstuff and things like this. She is like a human being, but the good thing is that she’s silent. You don’t have to discuss it. She hates other animals and she hates children.” 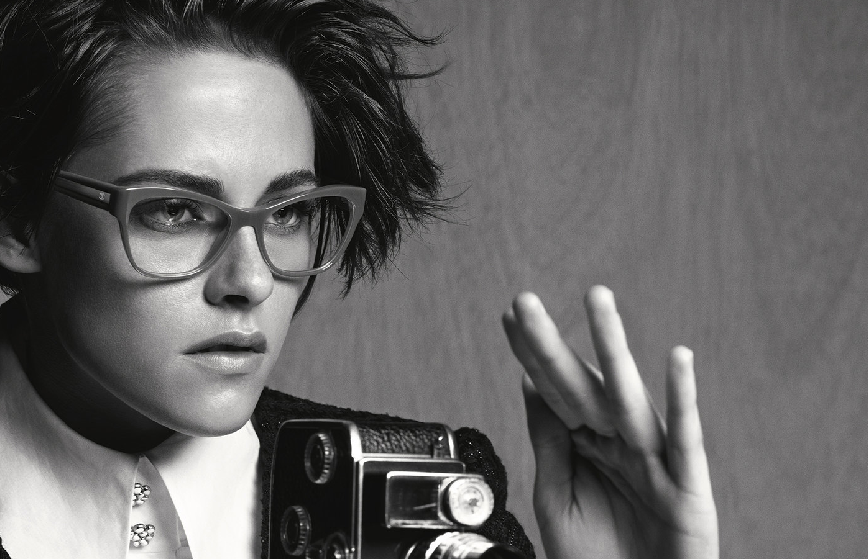 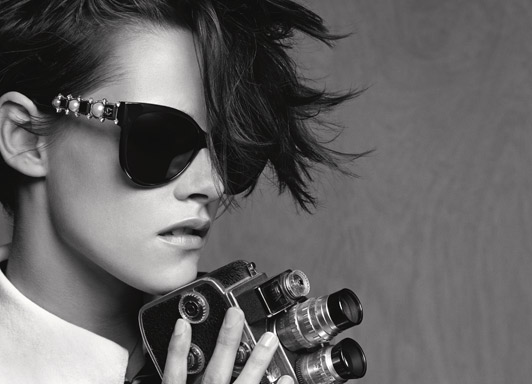