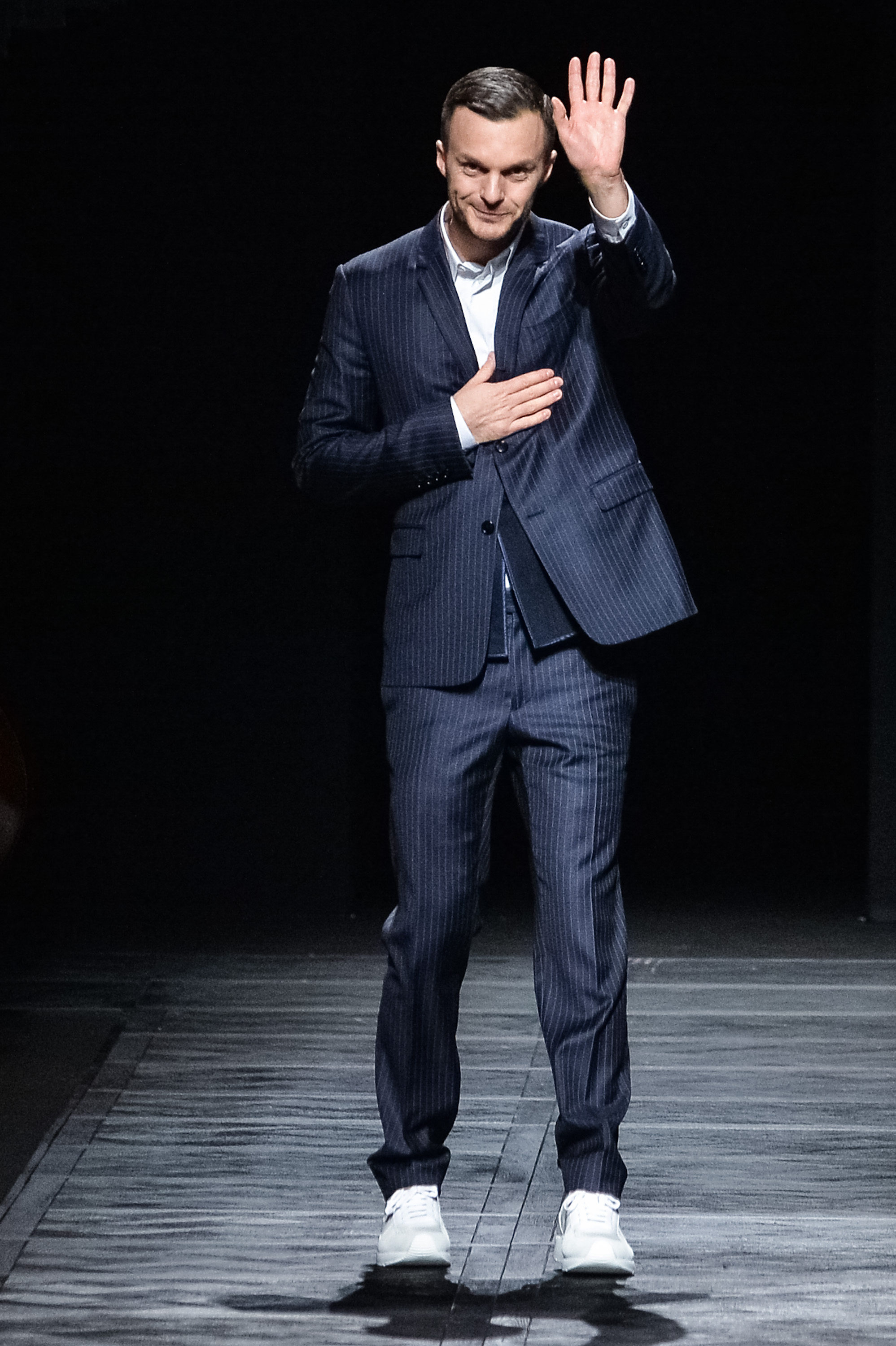 Another label bidding adieu: Shortly after word got out that  Scott Sternberg has canceled Fall orders for his line Band of Outsiders, designer Kris Van Assche has announced that he will be shuttering his namesake label. After shuttering his 10-year-old label, Van Assche plans to focus solely on his role as creative director of Dior Homme. “Times are tough for independent labels,” Van Assche told WWD.

The Belgian designer’s eponymous collection was in 130 doors spanning 32 countries, with the biggest business in Japan and Hong Kong. Van Assche will not produce or distribute his Fall collection, and his sole freestanding store on the Rue Saint Roch in Paris, which he opened in 2013, is expected to close soon. Van Assche is a graduate of Antwerp’s Royal Academy of Fine Arts. He worked under Hedi Slimane at Yves Saint Laurent Rive Gauche Homme and Dior Homme before taking on the role of creative director at Dior Homme in 2007.

In Tune With Heidi Klum

Giorgio Armani Gets Personal With GQ