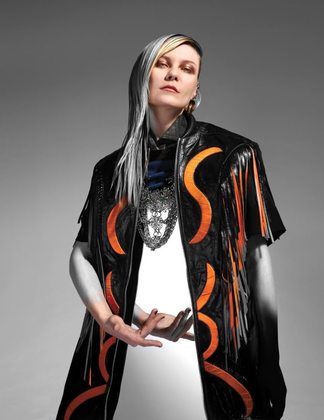 Just another day at the office…Frederik Heyman photographed Kirsten Dunst for Bullett’s “In Defiance of Gravity” Spring issue and they went there. The 30-year-old actress wears head-to-toe Rodarte in each must-see shot and was reportedly a trooper during the shoot at L.A.’s Smashbox Studios. When someone on set suggested that perhaps the gray hair and the bloody fingers were a bit too much, the actress didn’t back down. “Come on, guys,” K.Dunst reportedly said. “Let’s make this controversial. Let’s sell magazines!” Music to every editor’s ears.