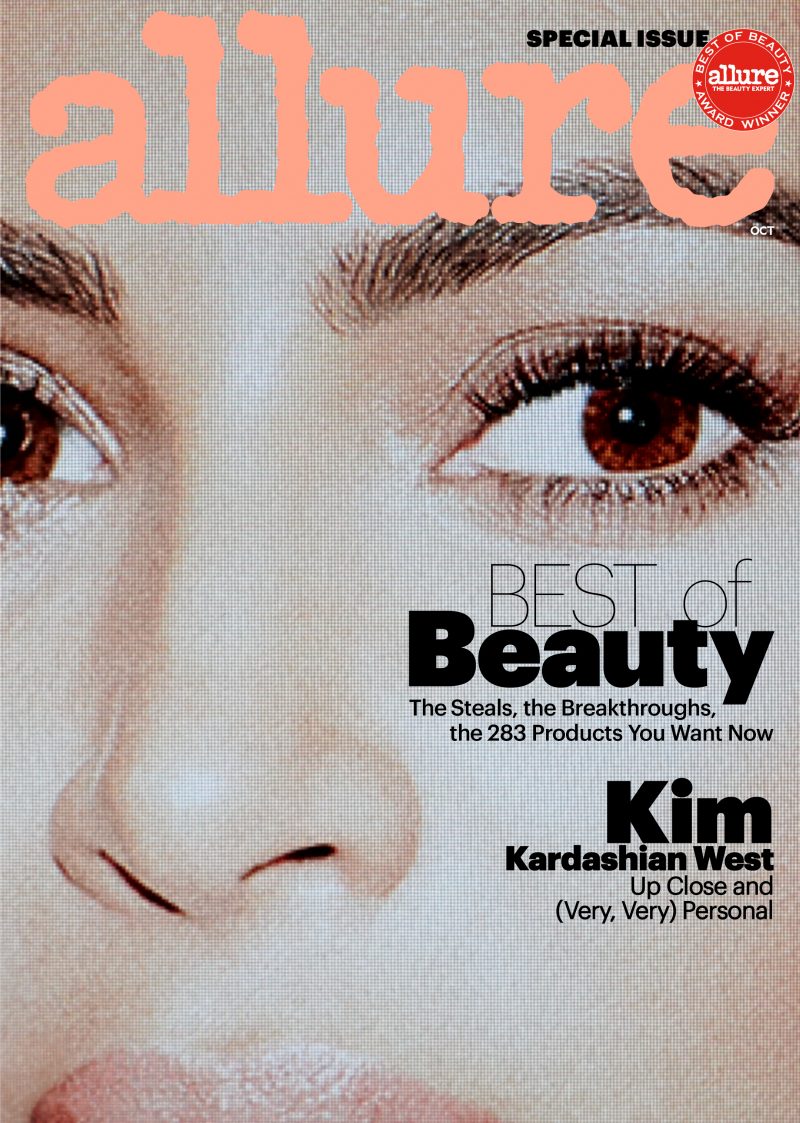 The worldwide obsession with Kim Kardashian West isn’t slowing down anytime soon. Allure has tapped the star, who’s been making a splash on the beauty industry with the expansion of her KKW Beauty makeup line, to cover its October “Best of Beauty Issue.”  Mrs. West was lensed by Daniel Jackson for the cover and spread, which features an in-depth interview focusing on Kardashian’s memories from behind the shoots of some of her past magazine covers, motherhood, why she doesn’t like presents, whether there’s an age limit to being photographed naked, and more.

Peruse highlights from the feature, and pick up the issue when it hits newsstands September 26.

On whether there’s an age limit to being photographed naked:
“I’m like, I’m going to tone it down. But then I’m like, Wait, I can’t be doing it in 10 years, so—I might as well. I don’t know what the age cutoff is.”

On preserving the humanity of her family:
“We don’t do gifts…. [Kanye and I] talk about it all the time, about not getting too much and trying to be as grounded and well rounded as possible….I don’t like presents anymore. We just did absolutely nothing [for our anniversary]. We spent two days in Santa Barbara, and we slept.” Then she remembers: “You know what? I think we went to IHOP. That’s what we did.”

On a treasured gift she received from daughter North just before heading to Paris last year when she was held at gunpoint and bound and robbed in a hotel by masked gunmen:
“She gave me a little plastic treasure box, and she put her little jewels in it—like fake little plastic jewels—and she was like, ‘Mommy, this will keep you safe when you go to Paris.’ To have something really sweet like that is more important to me than all the jewelry.”

On why she launched her own line, KKW Beauty:
“I’ve been sitting in a makeup chair every day for practically 10 years, and I fell in love with makeup and how it can transform you and make you feel good about yourself.”

Selena Gomez’s New Partnership with Puma, J-Rod on the Hunt for Home