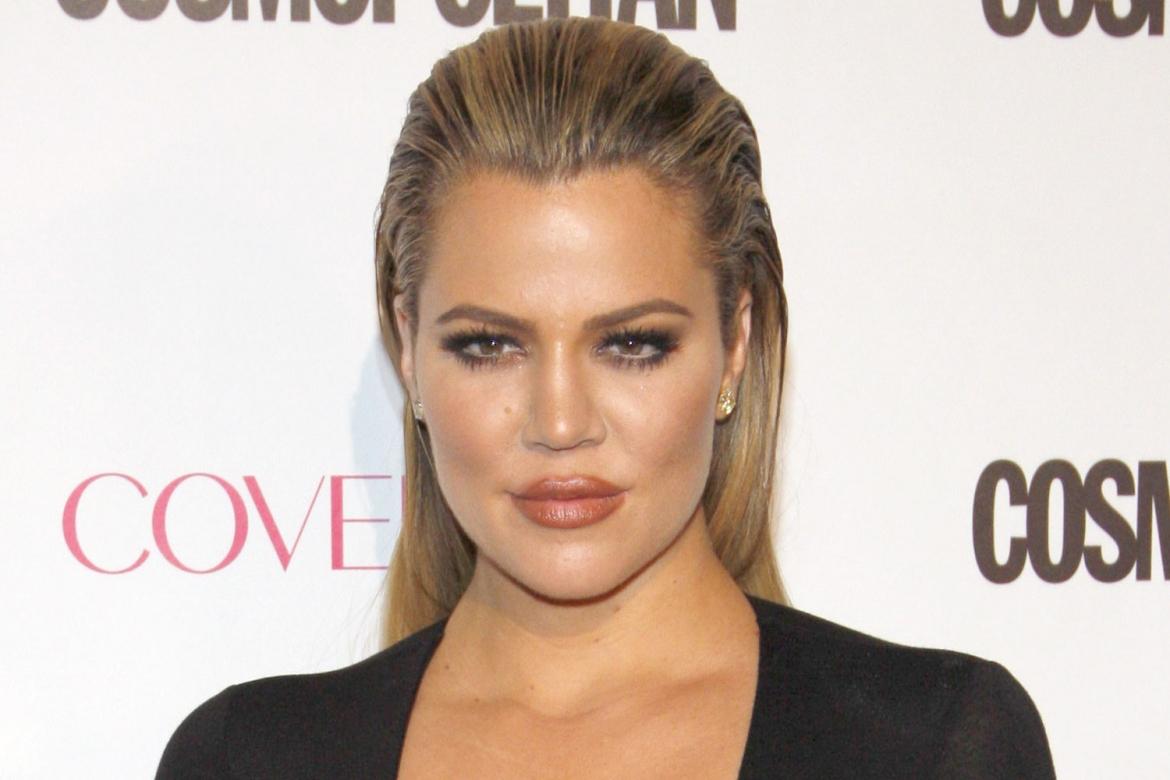 Khloé Kardashian Has “Basically Already Forgiven” Tristan Thompson for Infidelity (People)
What’s that hormone released during child birth that gives new mommies the warm and fuzzes? Well, it seems like Khloé Kardashian’s feel-good chemistry is clouding her judgment after the birth of her daughter. An insider source tells People that the new mother has “basically already forgiven” boyfriend Tristan Thompson for his allegedly rampant infidelity.  “Khloé is feeling nothing but happiness right now. She is head over heels in love with her little girl—she is just consumed with love. Absolutely nothing else matters,” the source tells People. “She’s basically already forgiven him. She is in a bubble of love and peace and happiness right now, and everything that happened with Tristan is less about ‘cheating’ and more like, it was just a random drunken hookup that meant nothing and was kissing at most and didn’t lead to anything else and was the fault of stupid groupies trying to trap him, and everybody just needs to move on.” Ugh, come on Khlo!

Meghan Markle Flies Into Chicago To Complete U.K. Visa Application (TMZ)
Even Meghan Markle has to show up IRL to the immigration office. Eyewitnesses got a glimpse of Markle at Chicago’s O’Hare airport Thursday as she attempted to exit the terminal unnoticed on her way to apply for a U.K. visa. Markle tried to go equally incognito when visiting the VFS Global UK Visa Application Centre, dressing in comfortable clothes and a baseball cap — though, she was flanked by four burly bodyguards. The bride-to-be had to fork over around $1,500 in submitting an application for a U.K. family visa.

Bernard Arnault Boasts About the Potential Scale of Louis Vuitton (WWD)
Bernard Arnault, chairman and chief executive of LVMH Moët Hennessy Louis Vuitton, boasted at the luxury firm’s annual meeting Thursday that Louis Vuitton could be double the size of it’s current operation, but is deliberately kept scaled down to drive demand. “All we would need to do is produce more in order to double revenues. I don’t think that’s the right strategy. We want to provide our customers with an experience,” he said at the group’s meeting held at the Carrousel du Louvre. “What interests me about Vuitton is not its size. It’s that Vuitton remain the world’s most desirable brand in 10 years’ time.” When checking that talk against the data, WWD estimated the luxury goods brand generated 9.3 billion euros (or $11.5 billion USD) in revenue for 2017. (LVMH does not release sale numbers for individiual fashion brands.) Arnault added that it’s LVMH’s strict production control on Vuitton merchandise that has stoked demand. Vuitton merchandise is never marked down and there are no outlet stores. Arnault claimed that, if anything, the brand struggles to keep up with demand, specifically of its best-selling bags. 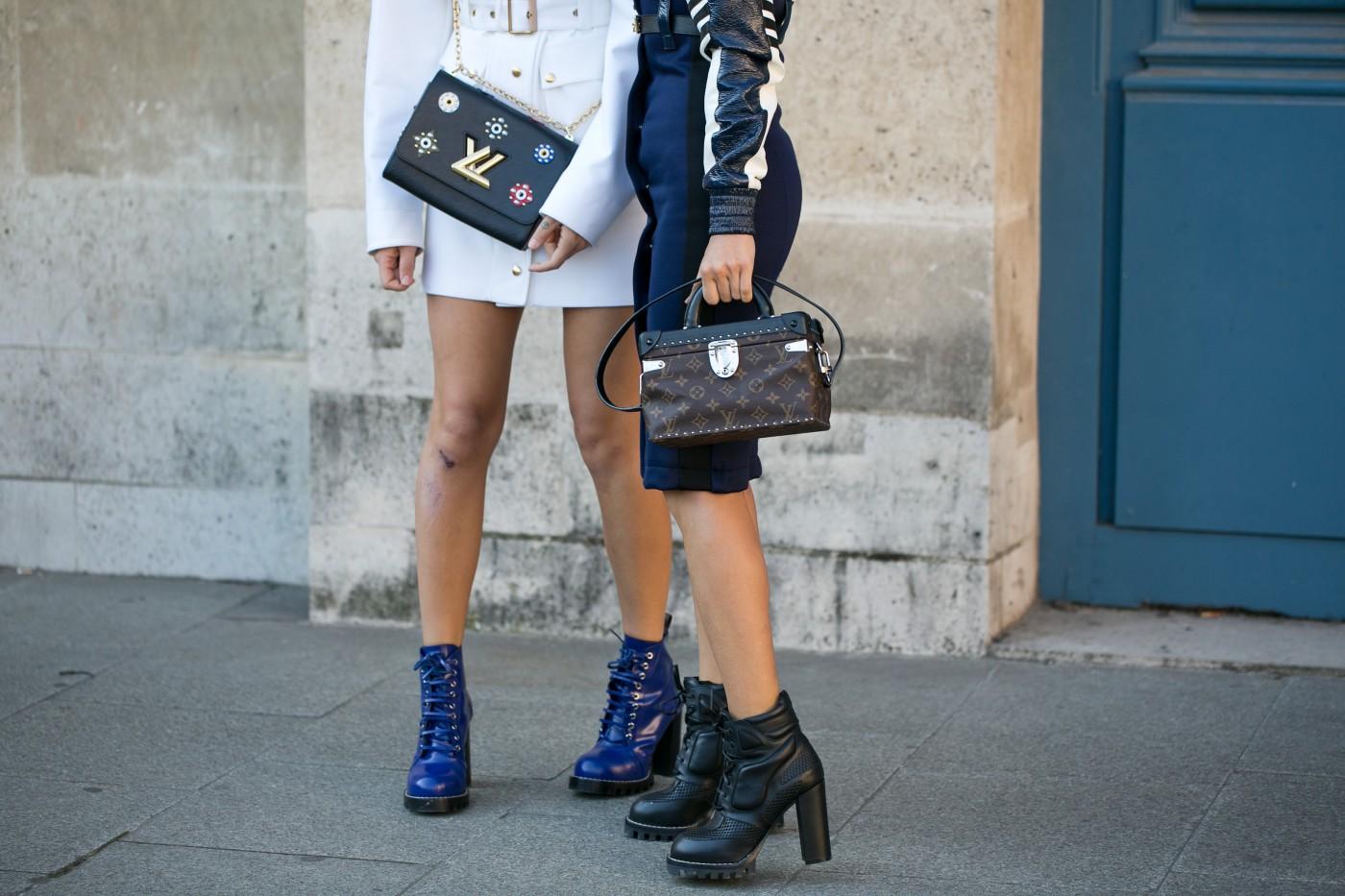 Cardi B Is Designing A Collection for Fashion Nova (Harper’s Bazaar)
Okurrr! In less than a week, Cardi B dropped an album, announced her pregnancy, and now she’s adding designing a fashion capsule to the laundry list. Cardi B is producing a collection for Fashion Nova, the contemporary streetwear brand she helped put on the map. “I can’t think of a better fashion icon for our first design collaboration than Cardi B. Cardi loves the brand and was wearing it before she became famous,” Fashion Nova chief executive officer Richard Saghian said. “She’s the ultimate fashion muse and has incredible style.” The range is massive with reportedly 80 to 100 pieces in the collection. It’s due out this October, right around her baby’s due date. Here’s our favorite (and lol-inducing) Fashion Nova name-check from our girl Cardi.

Puma Issues A Wildly Unnecessary Apology For Terminology On Recent Invites (WWD)
Puma issued an apology Thursday for using terms loosely associated with drugs on invitations to the brand’s House of Hustle event, which was held in London on April 5. According to WWD, the invitations were quite elaborate with guests receiving Puma shoe boxes containing fake £50 notes, burner phones, and a business card instructing them to “turn on the trapline.” Once the phone was turned on, invitees received a message: “Yo G what u sayin today? Pass tru the House of Hustle.” The verbiage in question were the words “trap” and “trapping”. “In our invitations to the event, we used the terms ‘trap’ and ‘trapping’ with the intention of the colloquial interpretation of ‘hard work’ and ‘hustle’ in a number of fields,” said Puma in a statement. “We want to make clear that Puma in no way endorses or intends to glamorize drug culture. We never intended associations with drug usage, drug culture or drug dealing in any way and we regret any misunderstandings in this respect. We apologize for any upset or offense caused in the usage of this language.” Is it just us or does this apology feel wildly unnecessary?