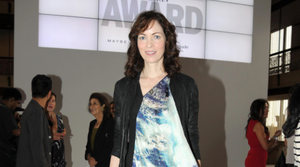 (NEW YORK) On the heels of Reed Krakoff‘s announcement that he is departing his post as creative director at Coach, the company’s VP of PR, Kerry Diamond, has announced that she’s also parting ways with the brand. Diamond’s next move? The jill of all trades will continue to co-run her trio of Brooklyn restaurants, Seersucker, Smith Canteen, and Nightingale 9, and will focus on Cherry Bombe, a recently-launched bi-annual foodie and fashion mag she cooked up Claudia Wu.

A longtime industry veteran, Diamond spent almost six years as VP of PR at Lancôme and was formerly a beauty director at Harper’s Bazaar and an editor at WWD. The debut of Cherry Bombe was fêted back in April; its inaugural issue featured cookie-crafting supermod Karlie Kloss on the cover. To date, the mag has raised $41,840 and has 765 backers on Kickstarter; it lands on newsstands and tony boutiques this month.