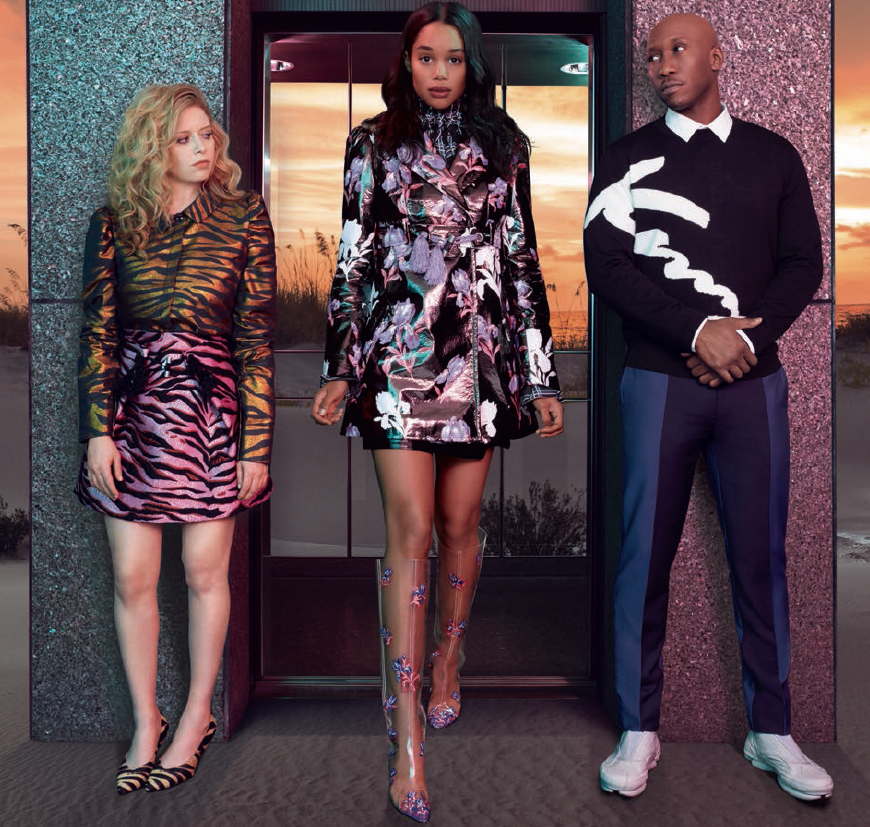 Kenzo premiered their short film The Realest Real last night at The Metrograph on Ludlow Street last night. The film was written and directed by comedian and actress Carrie Brownstein, who also MC’ed Kenzo designers Humberto Leon and Carol Lim‘s show for Opening Ceremony along with Fred Armisen earlier in the week. Starring Laura Harrier, Mahershala Ali, Natasha Lyonne, Rowan Blanchard, and Kim Gordon, the film pokes fun at the world’s current obsession with Instagram in which the characters must live out the actual comments they’ve made on posts. As a result of posting the Instagram term of endearment “Mom” on Lyonne’s Instagram, Harrier then gets stuck with Lyonne as her real life mom. What ensues is a brilliant piece of cultural criticism that will have you in stitches. The film was produced by Kenzo and Frameworks, a production company founded by Brian Phillip‘s of Black Frame, Kenzo’s press agency. Expect this directorial debut to go viral.