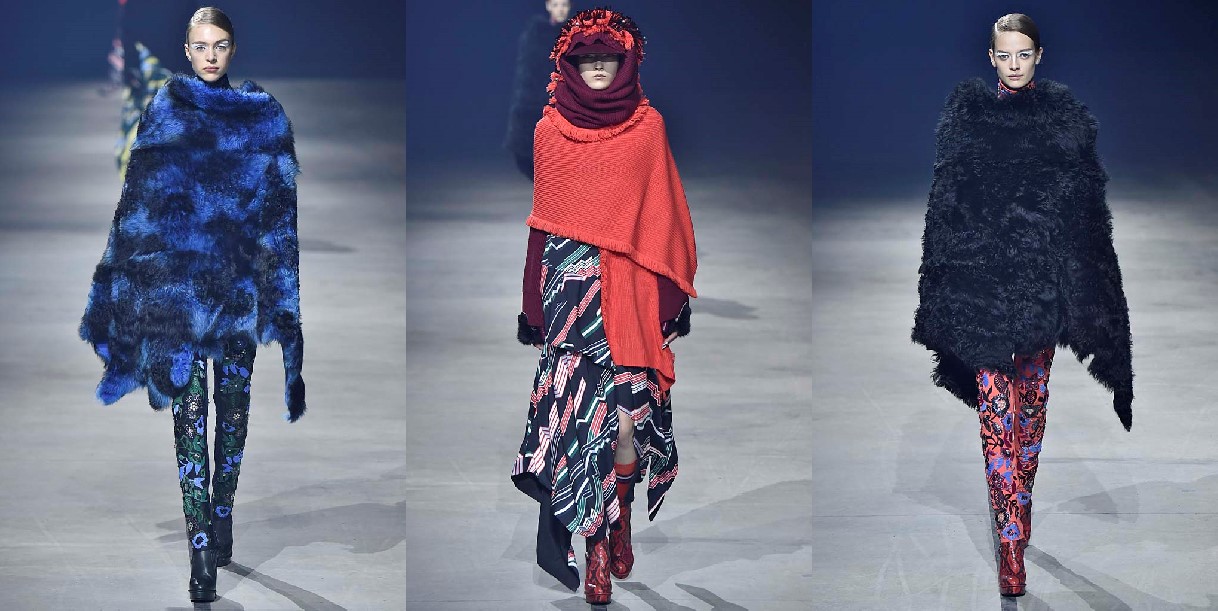 The cape had its moment at Kenzo’s Fall show, where multiple iterations were sent down the runway. While there were knit and fur options, most of the styles here had an athletic influence, with asymmetrical hemlines, a funnel neck, and stripe detailing. But the real standout was the artful layering beneath those capes: skirts were doubled up, and sometimes a hint of sheerness showed off striped socks underneath. Designers Humberto Leon and Carol Lim were inspired by forests, hence the many shades of green on show. They also culled a few floral and petal prints from the forest. And an athletic stripe wound its way through the collection, appearing on silk suit jackets, tuxedo pants, and shirts. On the outerwear front, chunky shearlings took the spotlight, especially in an icy blue hue. To top everything off, the show was accompanied by a live performance from Saint Etienne, who crooned two original songs. Quite the Sundaymorning treat, non?