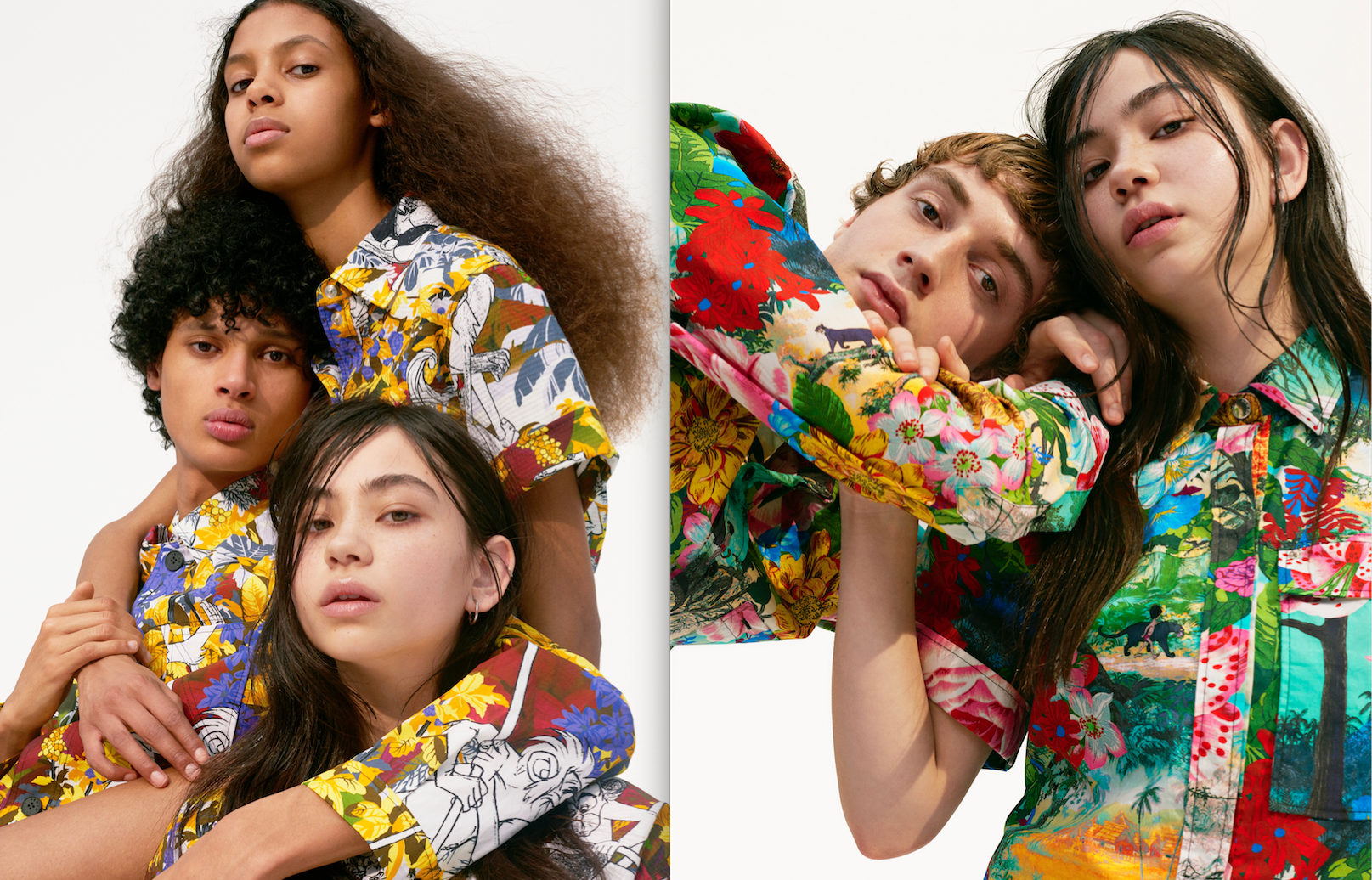 Kenzo unveiled a new collaboration with Disney’s The Jungle Book to celebrate the upcoming feature film directed by Jon Favreau based on Rudyard Kipling’s famous children’s story. Designers are mad for Disney these days. Dolce & Gabbana built its entire Fall/Winter 2016 collection around Disney’s children’s tales; last June, Marc Jacobs did a collection for Marc by Marc Jacobs (before it folded into the main line) of Alice in Wonderland-inspired accessories; and Givenchy made a fortune off its sweatshirts and sneakers featuring Bambi.

Carol Lim and Humberto Leon’s Disney collab could not have been a better fit. This is a brand that already found success with its T-shirts and sweatshirts adorned with the now iconic tiger emblem, so it was natural to put The Jungle Book’s tiger Shere Khan on the new merch. “What we found most appealing for this project was to marry strong Jungle Book elements with details that we know as quintessential Kenzo,” said Lim and Leon in a press statement. “There’s a way that everything comes together that is slightly familiar but also really fresh and exciting. The silhouettes we chose for the garments and accessories were inspired by the new direction Disney has taken with the live-action movie. There is a slight nod to jungle/safari elements, and even beautiful printed silk shorts directly inspired by Mowgli’s costume. Everything has been executed in a way that feels elevated and modern, which has been the collective goal of Disney and Kenzo from the very beginning of this collaboration.”

The collection debuts today at Kenzo.com as well as Bergdorf Goodman, Selfridges, the Excelsior in Milan, and The Corner in Berlin.

The Daily Media: 60 Shifts to Discuss