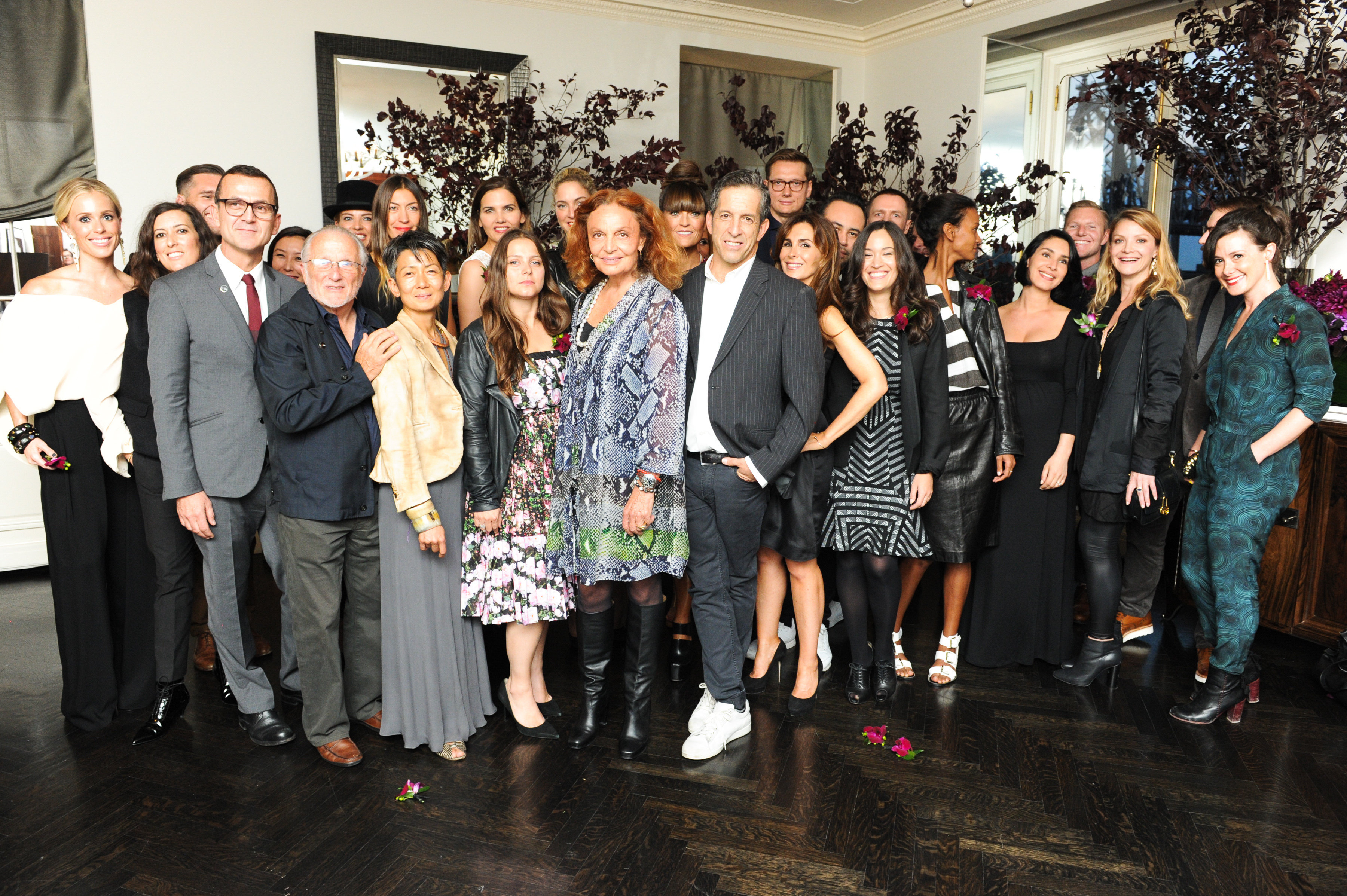 Last night, Kenneth Cole hosted a bash at his chic home on 1 Sutton Place overlooking the East River for the newly inducted members of the CFDA. Diane Von Furstenberg was holding court on a couch, surrounded by an A-list fashion crowd including Francisco Costa, Italo Zucchelli, Ashley Olsen, Vera Wang, and, of course, the CFDA’s CEO, Steven Kolb. Meanwhile, Grammy-nominated artist John Forte, British singer/songwriter Sophie Hiller, and musician Ben Taylor (son of James Taylor and Carly Simon, no big deal) were on hand to serenade the crowd. “We have done a couple of political gatherings here, but this may be as big as any of them,” said Cole. “Everyone is so individually inspired, so it’s a fun group of people and it’s great to do it.”

Word has it that Cole’s beautiful apartment is not, in fact, his actual home, but a residence used purely for entertaining. And why not, when you’ve built an empire as big as Cole’s? He’s been a member of the CFDA for an impressive 18 years. “I was 11 at the time, I came in after school and I designed stuff,” joked Cole. “The CFDA wasn’t then what it is today. It was an organization that celebrated American design, but it didn’t support it. It didn’t nurture it the way it does today. It really is a tribute to this new structure and its leaders. Diane and Steven have done a great job.”

Some new members told us they felt privileged to be part of the CFDA experience, but as of now, it’s all a bit overwhelming. The new members had just been through a detailed orientation yesterday morning, and many were meeting each other for the first time. Many likened the experience to being in high school all over again. “Today felt like the first day of school,” said jewelry designer Paige Novick. “I knew some people, because I’d gone in August to the cocktail party so I had met Steven Kolb and Jeffery Banks and some other people. It’s really intense, but I have to tell you that they welcome you with open arms and with such warmth and generosity. I think once we get settled in, we’re going to get a lot out of it. You have access to so much, so it’s really what you make of it.” Novick and fellow CFDA new member and jeweler Cynthia Sakai of Vita Fede became fast friends on the first day of orientation as they navigated a sea of new faces. Sakai added that she wanted to get involved with and learn about some of the business classes the CFDA makes available to its members. “I know they have a really big program on counterfeiting, and it’s one of those things that I know my company definitely has a really big problem with. I want to get involved with that.”

Lemlem founder Liya Kebede has been in the business for awhile thanks to her modeling chops, but dabbling in design a whole new experience. “I feel privileged to be in a space where I really know most of the people and I have some kind of an experience already,” said Kebede. “It’s really interesting to be on this side of the game and learn from all of these incredible people who’ve done this forever and done this so well. There is such great camaraderie and such great support from everyone. I also think that I’m in the place where I want to grow. Being a part of the CFDA makes me feel like a grown-up.”

PLUS! The full list of the CFDA’s new members…