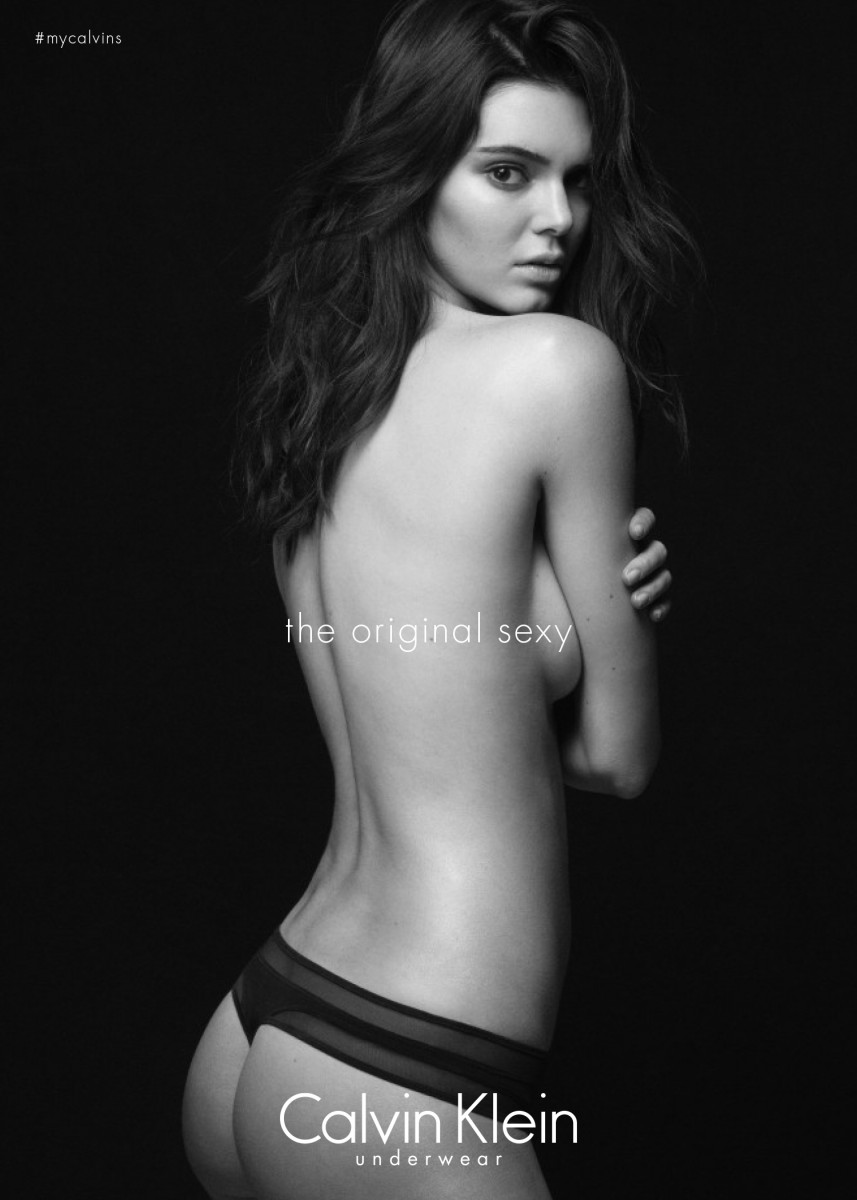 Calvin Klein Underwear has tapped four mods du moment to front their skin-baring fall 2015 global underwear campaign, “The Original Sexy.” Kendall Jenner, who landed her first Calvin campaign earlier in the year as the face of Calvin Klein Jeans, stars in the spread of black and white photos along with Joan Smalls, Isabeli Fontana and Edita Vilkeviciute. “It was super fun. Every girl loves posing in her underwear. It’s always fun to do that,” Jenner told WWD. “I’m close with Joan, and me and all the girls are friends.” Vilkevicitue also has a long-standing relationship with the house, as she was the face of multiple global advertising campaigns for the company’s lifestyle brands since she was first introduced in spring 2009.

Michael Jansson shot the campaign at Pier 59 in New York City, showcasing the line’s assortment of embroidered lace sling balconettes, plunging-neck chemises and bodysuits in seductive fits. The campaign is under the creative direction of Klein’s in-house ad agency in addition to ad agency Laird + Partners. “Calvin Klein originated sexy and we’re going to reclaim, re-imagine and re-image it,” said Melisa Goldie, chief marketing officer of Calvin Klein, Inc. “We’re bringing together a powerful mix of women from all over the world to celebrate our heritage as a leader in the intimates category.” The multi-media campaign will roll out worldwide in 21 countries this fall. Stay tuned!