Kelly Clarkson To Cosmo: About Those Lesbian Rumors… 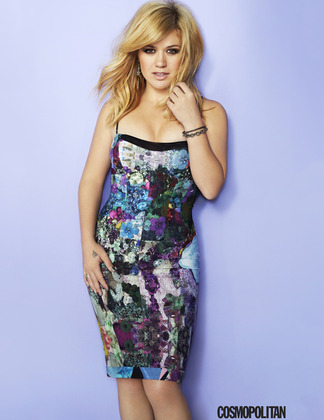 Recently engaged Kelly Clarkson (congrats, girl!) appears in the February issue of Cosmopolitan and chats about those pesky lesbian rumors that have dogged her for years. “People think, ‘Oh, she’s been single for too long,” Clarkson explains. “That’s kind of an insult to the gay community. Being single doesn’t mean you’re gay. But I’m never insulted by it. I mean, I get hit on by the hottest girls ever. Oh my god, If I was a lesbian, I would be so in luck. But it’s just not my thing. I’ve always batted for the boys’ team.” That settles that.