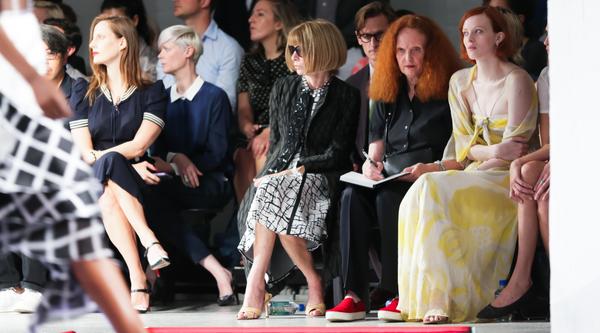 (NEW YORK) Yesterday, Kellwood and its parent company Sun Capital announced its acquisition of Rebecca Taylor, the 15-year-old fashion brand founded by the eponymous designer and her business partner, Elizabeth Bugdaycay. Both will stay with the company, and although financial terms of the deal were not disclosed, Kellwood’s president and CEO Michael Kramer plans to focus first on building new freestanding stores in addition to developing a stronger, more effective online presence and growing wholesale accounts. Sources identify Rebecca Taylor’s volume in the $45 million range, which makes it a similar size to that of Vince when it was acquired by Kellwood in September 2006. Currently, Taylor operates two freestanding stores, in Hong Kong and the Nolita neighborhood of New York, with a third Meatpacking District location to open in February 2011. The brand’s wholesale business is flourishing in the United States as well as Asia and Europe; Taylor identified footwear and accessories as categories to grow in upcoming seasons.

p>Kellwood acquired Adam Lippes‘ ADAM and the performance sportswear brand Isis in 2010, and Kramer vows that more acquisitions will take place in 2011. According to sources, Aimee Cho‘s Gryphon brand may be next on Kellwood’s radar. The former Vogue editor launched her collection for Spring 2007 with a collection of mostly trench coats; it is currently sold small specialty stores such as Owl’s Lab and Mercantile while appearing to enjoy a bulk of its business from department stores such as Saks, Nordstrom, Henri Bendel, Lane Crawford, Bergdorf Goodman, and Bloomingdale’s.
ASHLEY BAKER