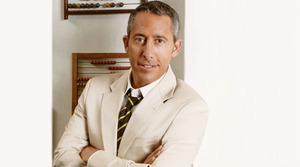 (NEW YORK) Kate Spade New York CEO Craig Leavitt has big plans for the New York-based company. On Friday, Leavitt attended an investment meeting where he told analysts he expects brand sales to hit the $2 billion mark in the next four years and eventually reach $4 billion. Sales from last year put the company at revenues of $461.9 million and the brand continues to expand with international pushes, plus a foray into home goods. And the home goods are just topping off what the brand already has on offer, which includes legwear, stationary, and watches.

While small leather goods make up 70 percent of the business, it’s the above mentioned categories along with the home goods that some experts say are putting this brand in the big leagues alongside (and potentially above) mega retailers like J.Crew. Celebrating its 20th anniversary this year, the brand was seen at Coterie for the first time in February, and if the retailers crowding the booth were any indication, business will be booming for 2013. Leavitt went on to say at the meeting that he sees Kate Spade New York becoming increasingly more of a lifestyle brand with new categories in the vein of Ralph Lauren as it continues to expand.
PAIGE REDDINGER